It's the biggest fight of the year.

And you may be wondering just how you're going to go about seeing it.

If you don't have the right home set-up or the promise of a discreet pub lock-in situation, what will you do?

It's easy, really. Just follow our quick and clean FAQ with mere hours to go...

When is it on?

END_OF_DOCUMENT_TOKEN_TO_BE_REPLACED

The main event of UFC 229 takes place in the early hours of Sunday morning (7 October) for us non-Las Vegas residents, with the main card kicking off at 3am.

Depending on how quick the other four fights finish up, and even then, you can expect Conor McGregor and Khabib Nurmagomedov be walking out to the Octagon at around 5am.

So pace yourself and all that, it's going to be a long night.

And how may I watch this sporting contest?

END_OF_DOCUMENT_TOKEN_TO_BE_REPLACED

BT Sport 1 is your hook-up, with the broadcaster currently enjoying exclusive UFC rights until 2019 when Dana White's fighting troupe moves over to Eleven Sports for Ireland and UK viewers.

For now, Eir Sport customers can avail of BT Sport 1 as part of their package.

And why should I care about this fight?

END_OF_DOCUMENT_TOKEN_TO_BE_REPLACED

Well, it's for Khabib's UFC Lightweight Championship, for one.

Second, it's Conor McGregor's first fight since 2016 (c'mon, that Floyd Mayweather publicity stunt hardly counts) so the narrative is a major case of, 'does he still have it?' and that's intrigue enough, surely.

Wait, how and why is Drake involved?

Just showing his support, you know yourself. 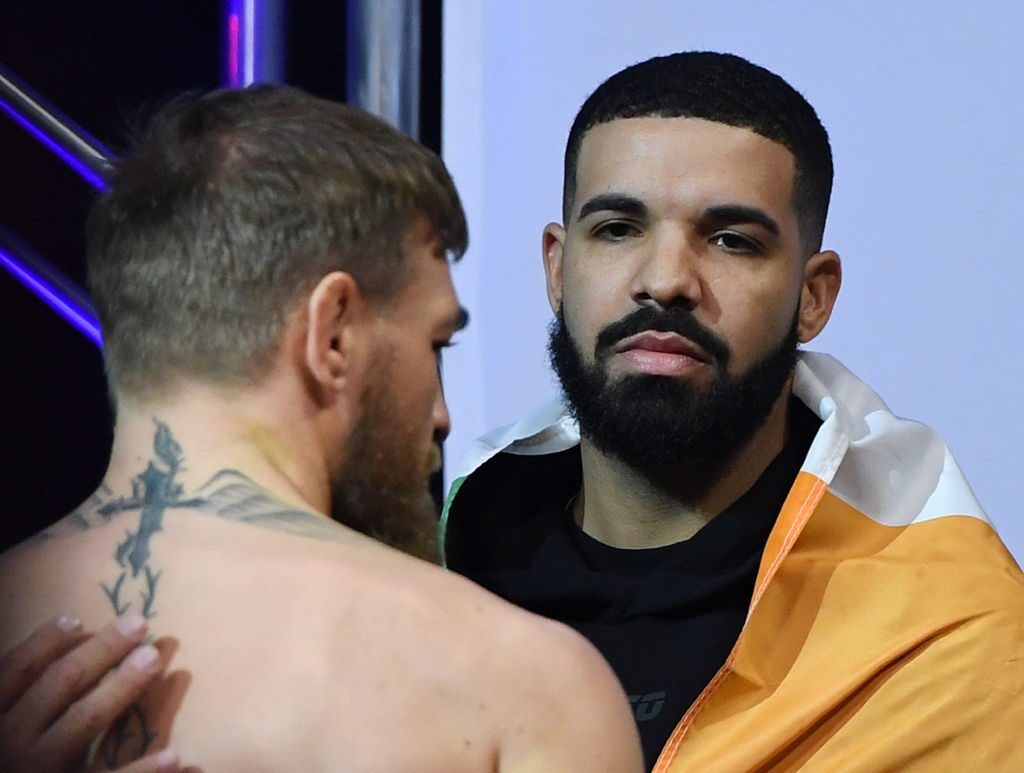 Right, and what about the hype levels and whatnot?

As you might expect, there has been plenty of trash talk and so forth in recent weeks.

Khabib came after the Irish language, Conor turned the final press conference into his usual loud circus, Zenit St. Petersburg fans got involved and Conor even addressed his da's fixation with coinage.

On top of that, they've just released the sixth episode in the related Embedded series for you to amp up that excitement factor even further:

If I want to bet on this thing, what are the latest odds?

Paddy Power lists Khabib at 4/7 favourite, with McGregor at 6/4.

Okay, who else is fighting?

Fair question. UFC Fight Pass will cover the opening bouts, while BT Sport 1 picks up the action once the preliminary card gets underway.

popular
The "eighth best movie ever made" is among the movies on TV tonight
One of the best films of all time is among the movies on TV tonight
Jennifer Lawrence sparks controversy by saying she was the first woman to lead an action movie
QUIZ: JOE’s Big News Of The Day Quiz #27
Met Éireann updates weather warning for entire country as temperatures set to fall to -6
Mia Khalifa claims seaside town is better than Miami
15 years ago, one of the greatest scenes of the 21st century arrived in cinemas
You may also like
1 month ago
Conor McGregor slammed for Halloween photo of mum in 'black face'
4 months ago
Conor McGregor to make film acting debut in Road House remake
2 years ago
Conor McGregor responds to Paschal Donohoe’s calls to encourage social distancing amongst Irish public
3 years ago
"I was in the wrong" - Conor McGregor apologises over incident in Dublin pub
3 years ago
Charges dropped in Conor McGregor phone-smashing case
3 years ago
WATCH: New footage released of Conor McGregor allegedly smashing fan's phone in Miami
Next Page