Be careful out there tonight.

Halloween is an extremely dangerous time of year.

Bonfires and fireworks can result in nasty injuries for children and adults alike. 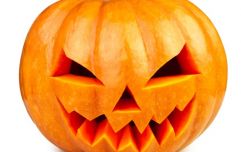 END_OF_DOCUMENT_TOKEN_TO_BE_REPLACED

For that reason, Halloween tends to be the busiest night of the year for fire brigades around the country.

So for that reason, the Dublin Fire Brigade have posted a warning to anyone who may find themselves in fire-related difficulty this evening.

They have urged people in danger to "do the Neymar", in a tweet.

Mocking the Brazilian footballer's playing style, which is generally perceived as a little bit soft, the emergency service urged anyone "in a position where your costume, or clothes catch fire" to go down like Neymar after a two-footed tackle.

By this they mean that they should stop, drop and roll.

This is one of many warnings that the Dublin Fire Brigade have posted ahead of tonight's events.

One such notice urged people not to report bonfires via social media, as the messages would not generate a response. People instead should contact 999 or 112, with DFB claiming that they will assess each fire and extinguish those that are considered dangerous.

They also warned people about the potential unknown quantities that may be found in illegal bonfires, such as gas cylinders and fireworks.

#Halloween bonfire building well under way this evening in Dublin ...

Remember anything can be in an illegal bonfire including gas cylinders, aerosols, fireworks. Keep clear, there is no safe distance #DFBLive pic.twitter.com/U7mmUMe6fM