European football round up: The year so far in Serie A Part I

Few things are more important to the Italians than their football (coffee and pasta may be on that list too) and once you watch Serie A it's not hard to understand why. This season has been a slightly tumultuous one, with changes at Inter and a period of decline seemingly setting in at AC Milan, there may be some less familiar names in the shake up for the top spots. JOE's resident football hipster takes a look through the teams to see who's doing well, who could be doing better, and also has a quick look at a few of the best beards in world football, of which Serie A can boast at least two.

END_OF_DOCUMENT_TOKEN_TO_BE_REPLACED

Atalanta finished last year a bit too close to the relegation zone and as the winter break approaches, find themselves not too far off that spot again. Early in the season they got a few wins to their name, but a loss to fellow strugglers Sassuolo suggested that they might be slipping further down the table again. An impressive follow up draw against Roma, who started the season at an unbelievable pace, righted their course a little bit.

Argentine Germán Denis is their main source of goals up front with six, and has been finding the net despite the side struggling to create many chances. Fellow Argentine Maximiliano Moralez is also a fixture in the team, and at just 5'2, he is also the smallest player in the league. The word diminutive comes to mind... 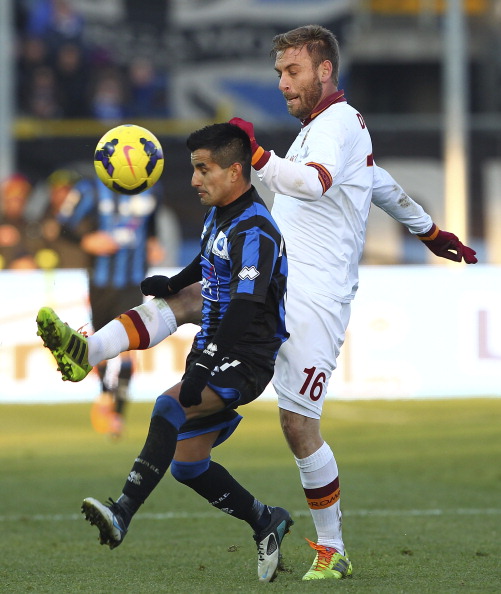 There is plenty of youth in this side, however. Marko Livaja is just 20 and has featured in almost all their games, while Daniele Baselli is similarly trying to make an impression and get a foothold in the team. Gianluca Barba and Mario Pugliese are yet to see a minute of action, but at just 16 and 17 respectively, they may be used in the second half of the year when the older legs begin to tire. Those inexperienced players might be who they have to depend to see them out of trouble, and as we all well know, you don't win anything with kids.

Things aren't much better for Bologna than they are for Atalanta, with the side sitting in 17th during the winter break. Wins have been very hard to come by for them, and they've also taken the odd heavy beating along the way, with Roma putting five goals past them in week six.

They followed that up with a loss to newly-promoted Sassuolo, and things started to look a bit grim. West Ham fans may remember Alessandro Diamanti, who is one of the stars of this Bologna side. He was rumoured to be on the move in the summer, but wanted to stay where he was, and is one of the fixtures of the squad. Getting as many minutes as possible is important in a World Cup year for the Italian international, but he's not there just to make up the numbers, as his strike against Genoa may have saved his coach Stefano Pioli’s job, at least for now.

Although we do love Pirlo, the best beard in the league must be awarded to Davide Moscardelli of Bologna, just look at this bad boy. 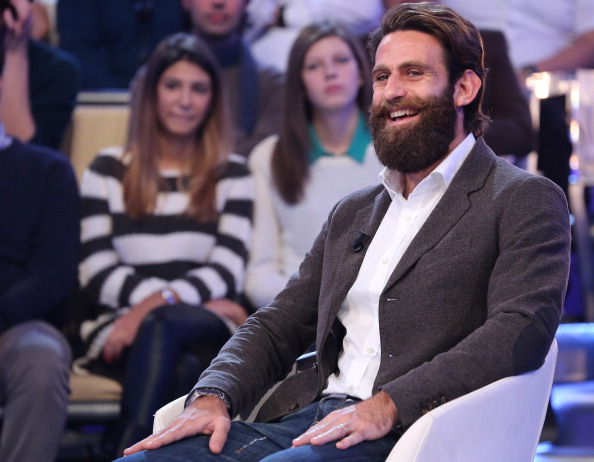 Cagliari sit comfortably mid-table during the break, but they may well have a difficult January ahead of them, not only on the pitch but also off it. Radja Nainggolan is highly sought after, and it seems that both a struggling Milan side and Roma are looking to get him to sign on the dotted line to add to their squads. Juventus are also rumoured to be sniffing around, and it is beginning to look like it will be very difficult to hold on to one of the fixtures of their squad. President Massimo Cellino has said that he will definitely leave, no matter what happens, stating after their draw with Napoli that “if he doesn’t want to go, I’ll send him away.” They may also lose Davide Astori, their best defender, who has been on the radar for Southampton and Manchester City in the last 12 months. 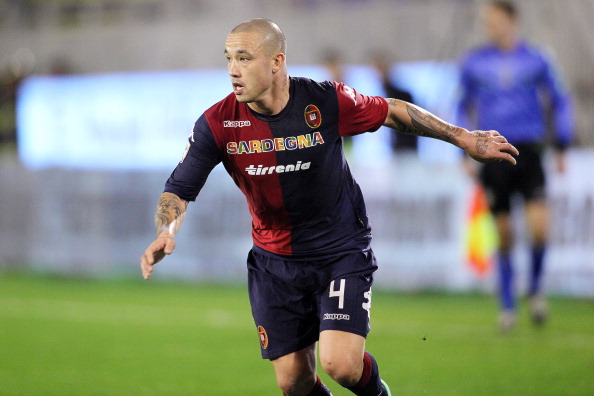 END_OF_DOCUMENT_TOKEN_TO_BE_REPLACED

Colombian Victor Ibarbo up front has only scored two goals, while joint top scorer Marco Sau has just four, which tells a tale all by itself. Goals are proving a little bit difficult to come by, but they haven't been conceding too many at the back either, leading to them picking up eight draws and just four wins. If they begin to lose players of the quality of Nainggolan and Astori, with goalkeeper Agazzi also on Milan's shopping list, then things might go south for the Sardinians very quickly indeed in the second half of the season.

Former Barcelona man Maxi Lopez will be one man departing the Elefanti this January, if reports are to be believed. He has already said his goodbyes to the squad and told Argentine reporters that he will be moving on, although not back home quite yet. Rumours are that he will join Bologna, with Rolando Bianchi heading the opposite way. 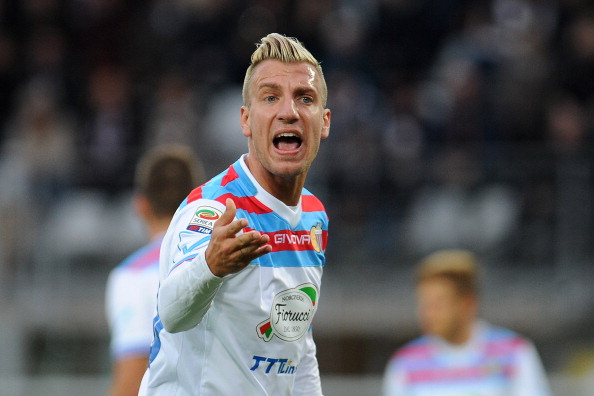 That would be a move up the table for the Argentine (not too far mind), as Catania find themselves propping up the rest of the league in 20th position. They have only two wins to their name all season and haven't managed to get a single point away from home, which is most certainly relegation form, to say the least. They are struggling badly in front of goal with just ten goals scored, but if they are to get themselves out of trouble, they will build on the platform of their fairly strong home record, where they have tasted defeat just twice. While the focus of the their transfer business, the aforementioned Rolando Bianchi has only found the back of the net once this year, a change of scenery might revive him, and help him find his scoring boots again. Any injection of fresh blood in to the side would be welcome, as they need to bounce back after a bad defeat right before the break, where Roma slammed four past them, and continued their run of awful away form.

Chievo looked to make a change early doors when they sacked manager Giuseppe Sannino after eight losses in their first 12 games, and after a goalless draw with Milan, he was relieved of his duties. Eugenio Corini, who managed the side last year, is back in charge, and a win against local rivals Hellas followed. That was followed by two more wins, with the change of manager looking like it had the desired effect, but a loss to Sampdoria and a heavy beating from Torino meant that they went into the winter break with a slightly bleaker outlook. 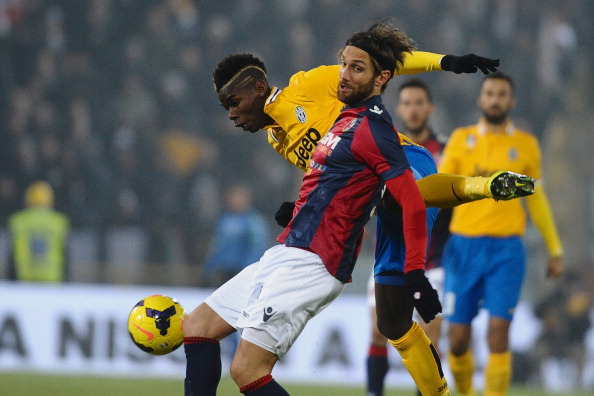 It seems Rolando Bianchi is on their radar also however, and a deal involving Alberto Paloschi is apparently in the works, which again may suit both sides. Bianchi definitely has talent and more to give, but it seems Bologna doesn't suit him at the moment. The Flying Donkeys did some good business in the summer by getting Ivan Radovanovic, who has really settled and looked comfortable in the side. Their main strength lies in midfield with Marcelo Estigarribia and Luca Rignoi going well, so the addition of some fire power could help them avoid getting involved in a relegation battle.

It has been a brilliant year so far for the viola, and in particular Giuseppe Rossi. At the beginning of the season everyone was 'just happy to see him back playing' after such a long period out injured, but we're sure that there are now a few defenders who wish that he wasn't on the field, as he has been in incredible form.

He has 14 goals to his name already, a few absolute beauties amongst them, and is most definitely forcing his way into consideration for the Italian team for the World Cup. One of his best individual performances came against Juventus, where he scored a hat-trick, including quite a special second goal.

He has been joined by a few other standout players who are having seasons to remember, including Borja Valero, and the Spaniard has been in sparkling form this year. He recently spoke about the fact that he's still hoping for a call up to the Spanish squad for Brazil, but realises that is possibly a bit unrealistic with the squad more or less cemented. As an attacking midfielder, he would do well to get in (no shortage of them in Spain) but he really has been fantastic, in particular given that very few Spaniards ever settle well in Italy. He has been joined in Florence by fellow countryman Joaquin, and there is quite a list of other recognisable names who are having a great season: Alberto Aquilani, Juan Cuadrado and veteran Massimo Ambrosini amongst them, and with Mario Gómez still to make his return from injury in the new year, they could improve even further. 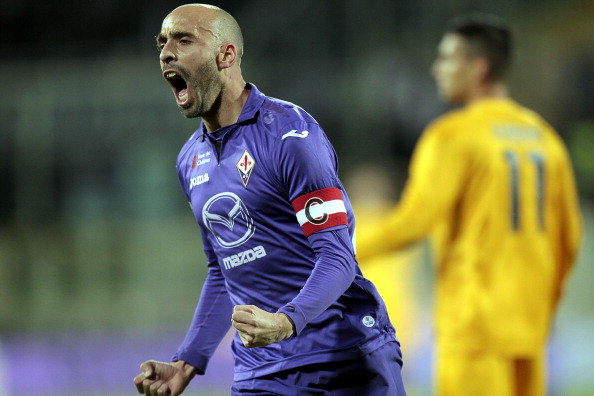 At the moment the team sit in fourth, and while they are 13 points off the top spot, their win against Juventus suggests that they could make a real push for the title. However, Juve are beginning to exert a bit of control over the race for top spot, and that may be an unrealistic hope. If they continue at their current pace pace however, there is no reason that we shouldn't expect them to finish in the Champions League places.

popular
One of the best action movies of recent years is finally available to watch at home
The JOE Movie Quiz: Week 138
QUIZ: Give this General Knowledge Quiz a whirl
QUIZ: See if you can ace this General Knowledge Quiz
The JOE Friday Pub Quiz: Week 278
QUIZ: Can you name every Batman actor in three minutes?
Jim Carrey's greatest performance is among the movies on TV tonight
You may also like
3 months ago
The JOE Friday Pub Quiz: Week 264
4 months ago
Manchester City's Benjamin Mendy charged with four counts of rape
5 months ago
Michael Ballack’s son Emilio, 18, dies in 'quad-bike crash’
5 months ago
Five football documentaries to watch to kill time before the new Premier League season
7 months ago
Christian Eriksen stable but may not play football again, says sport cardiologist
11 months ago
Defence grows for Billy Burns after one of the roughest days of his rugby career
Next Page