A truly sensational allegation to make.

The FAI have refuted a sensational claim in Argentinian newspaper La Nacion that Irish players involved in a 2010 friendly clash with Argentina at the Aviva Stadium were offered $10,000 apiece to avoid hurting Lionel Messi.

The FAI this afternoon released a statement on the allegations, which read: "The Football Association of Ireland completely refutes the allegations made about the Republic of Ireland v Argentina friendly match in La Nacion as baseless.

END_OF_DOCUMENT_TOKEN_TO_BE_REPLACED

"The match in question was organised by Kentaro and announced by press release prior to the World Cup play offs in 2009. We are consulting our legal advisers in relation to the article, and will be taking further steps."

The allegation was made in a comment piece by Ezequiel Fernández Moores and suggests that the idea of paying the Irish players was the brainchild of Julio Grondona, the former President of the Argentine Football Association, who passed away in July of last year.

Moores also claims that the alleged arrangement was related to the payment of €5million made by FIFA to the FAI as a form of compensation for Ireland missing out on the 2010 World Cup following the now infamous play-off defeat to France, a deal which John Delaney took a lot of flak for when he confirmed the payment earlier this month.

It seems that as part of a deal to appease Ireland, Grondona suggested that they could play Argentina in a friendly in which the presence of Lionel Messi would be assured.

Messi's club, Barcelona, who were on a pre-season tour in Asia at the time, kicked up a fuss and wanted an insurance payment just in case Messi happened to be on the end of a crunching Paul Green tackle in Dublin and got injured.

There is nothing to suggest in the piece to suggest that the Irish players received payment of any kind and there is also nothing the man at the heart of the story, Grondona, can do to refute because, as stated earlier, he died last year.

Furthermore, if there was money going round the dressing room, Keith Andrews, Richard Dunne and Kevin Kilbane musn't have got the memo. 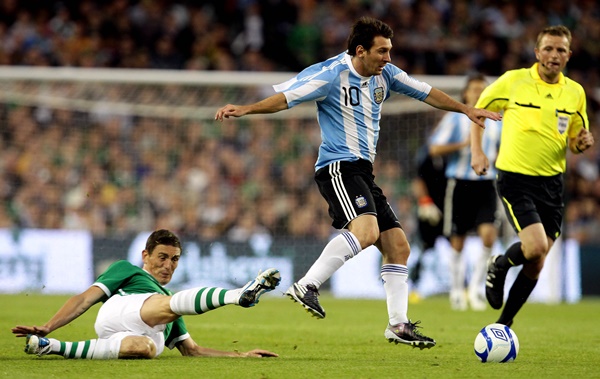 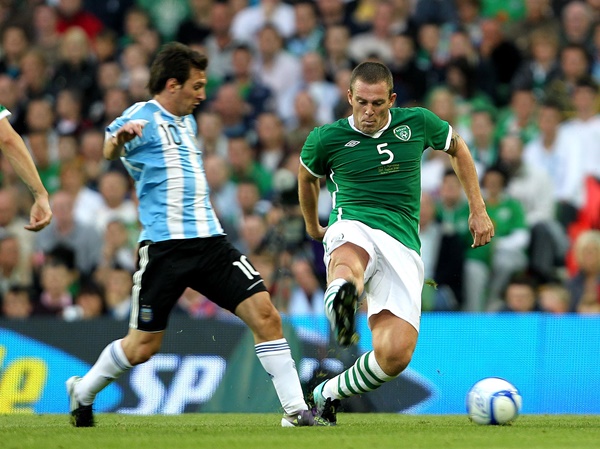 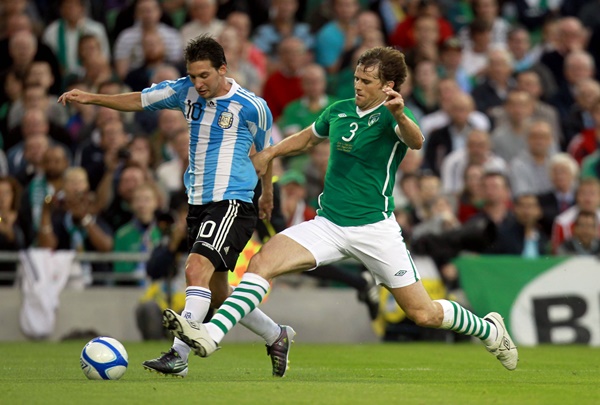 In case you've forgotten by the way, Messi played the game and emerged unscathed after being replaced by Gonzalo Higuain after 58 minutes.

Argentina ended up winning 1-0 thanks to a goal from Angel di Maria, now currently plying his trade with Manchester United.

House of Rugby Ireland · Ireland's feel-good win, Casey's initiation song, scrapping Sexton and Scott Williams interview
popular
Eoghan McDermott to leave RTÉ after six years (Report)
One man has been charged following Limerick street party, 50 FPNs issued
Sony are giving away a free game to all PS4 and PS5 owners
Woman arrested after multiple Garda cars chase vehicle from Ballymun to Wicklow and back
WATCH: Colin Farrell is in deep trouble in deep space in the first trailer for Voyagers
One of the most fertile men in Ireland is a guest on tonight's Claire Byrne Live
Two men arrested in Gardaí probe into bogus tradesmen
You may also like
6 days ago
TOWIE star Mark Wright is officially the worst player on FIFA 21
3 weeks ago
Jamie Carragher reacts to hilarious TikTok remix combining on-air yelp with John Legend song
3 weeks ago
Roy Keane reacts to the dancing Keano FIFA TikTok meme
3 weeks ago
Watch the official trailer for Netflix's hotly anticipated Pelé documentary
1 month ago
A documentary about Pelé is coming to Netflix next month
1 month ago
Mum's anger at state of £30 free school meals package in the UK
Next Page