Gary Thornton deserves a pat on the back. And a month's worth of sleep.

The World Marathon Challenge (WMC) is a logistical and physical challenge to run seven marathons on seven continents in seven days.

END_OF_DOCUMENT_TOKEN_TO_BE_REPLACED

Thornton won the Antarctic Intercontinental Marathon in an incredible time of 2:58:39 to win the first leg of WMC 2018, followed by a sensational win in Capetown, South Africa. His time for the Capetown win was 3:06:55.

It's worth noting that this was his second marathon in 24 hours as part of WMC, with the temperature at 75°F, a mere 70°F warmer than the sub-zero temperatures of Antarctica.

The third race, in Perth, saw Thornton take the lead again – winning the Australian Leg in a time of 2:59:55. 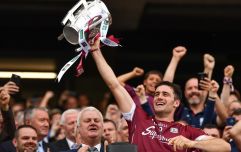 END_OF_DOCUMENT_TOKEN_TO_BE_REPLACED

The Galway-native is no stranger to extreme running. In 2014 he completed the annual Volcano Marathon on Tuesday, in the Atacama Desert in Chile and in 2016 he braved temperatures of -20°C to win the Antarctic Ice Marathon.

He finished off the WMC in Miami with an impressive final time of 3:21:19. 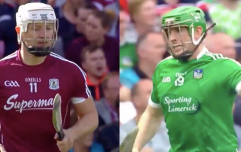 END_OF_DOCUMENT_TOKEN_TO_BE_REPLACED

Thornton is a Senior Infants teacher back in Galway, who generally heads back to school the day after competing in marathons.

Speaking to Red Bull after his win in Antarctica, Thornton spoke of his love of the sport, and why he decided to get into them:

"I think marathons are the ultimate test. I am not sure that humans are cut out for them – it really is all or nothing on the day."

popular
Amazon Prime Video has just added 21 big movies to its library
The 50 most iconic songs of all time* have been revealed
One of the best crime thrillers ever is among the movies on TV tonight
Here is a list of every Bank Holiday in Ireland in 2023
Nicola Bulley's phone found by the river 'could be a decoy', diving expert suggests
Mark Hamill on the one piece of dialogue he got removed from the original Star Wars
Netflix has just added one of the best sci-fi movies of recent years
You may also like
4 months ago
Fianna Fáil councillor issues apology over comments about Travellers
4 months ago
Hydro biking, hot tub cruises and 4 more exciting activities to try out in Ireland's Hidden Heartlands
5 months ago
Nearly €400k worth of cannabis seized in Galway
6 months ago
36 vacant properties nationwide to be re-developed into community hubs
7 months ago
Taoiseach condemns "disturbing" fight at Galway v Armagh game
7 months ago
Drogheda and Galway inner city named as worst places in Ireland for litter
Next Page