Europe's biggest club competition is about to resume as Real Madrid look to defend the trophy that they won following their dramatic penalty shootout win against rivals Atletico Madrid. While Irish champions Dundalk were knocked-out at the last stage of qualifying by Legia Warsaw, there's plenty of English representation with Man City, Arsenal, Spurs and champions Leicester City all taking part.

Pep Guardiola will be making a return to the club where he won two Champions League's before moving onto Bayern Munich as his City side have to stop Messi, Suarez and Neymar. Yep, good luck with that. 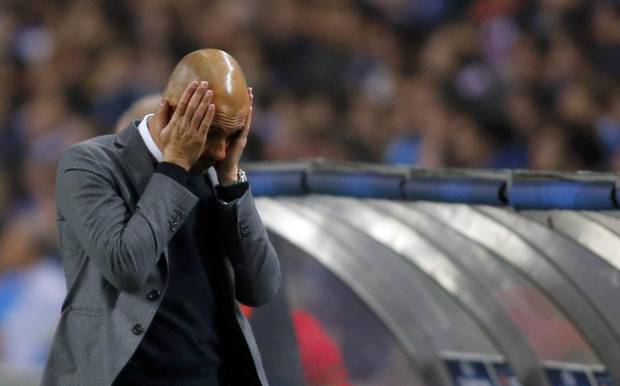 END_OF_DOCUMENT_TOKEN_TO_BE_REPLACED

Elsewhere, there's a repeat of last year's incredible semi-final as Atletico Madrid play Bayern Munich and the holders Real Madrid will face a tough task when they travel to Germany to take on Borussia Dortmund -memories of that famous match when Lewandowski scored four come to mind.

Leicester City fans must be quietly confident of their chances of progressing past the groups while Tottenham supporters will also fancy their chances.

Here's the draw in full.

END_OF_DOCUMENT_TOKEN_TO_BE_REPLACED

The matches get underway on 13/14 September.

House of Rugby Ireland · Quinn Roux on finding a home in Ireland and Mike McCarthy brings the absolute HEAT!
popular
20 of the best comedies to watch on Netflix right now
The JOE Friday Pub Quiz: Week 227
The 50 most iconic songs of all time* have been revealed
Yewande Biala releases statement discussing racism on Love Island
The JOE Movie Quiz: Week 85
QUIZ: The JOE Music Quiz: Week 41
Bernie Sanders is using his inauguration meme to raise money for charity
You may also like
1 week ago
A documentary about Pelé is coming to Netflix next month
1 week ago
Mum's anger at state of £30 free school meals package in the UK
3 weeks ago
UK records highest daily total of new Covid-19 cases
1 month ago
EA Sports respond to 'baseless' lawsuit over alleged scripting in FIFA 21
1 month ago
Jurgen Klopp argues with BT Sport interviewer over kick off times
1 month ago
Diego Maradona: A remarkable career in pictures
Next Page