That was the theme of newspaper headlines across world rugby's main outposts as England fell short against a rampant, rabid Ireland at the Aviva Stadium. Eddie Jones tasted defeat for the first time in 19 matches but was gracious in handling the result... aside from one, tiny Leprechaun remark.

The result did everything for Ireland's pride but did not alter the rugby rankings despite them gaining 1.68 points and England losing the same amount. England are comfortably in second place, behind New Zealand, while Ireland are just behind Australia.

END_OF_DOCUMENT_TOKEN_TO_BE_REPLACED

Rankings be damned, however, according to New Zealand Herald rugby writer Chris Rattue. Never short of an opinion when it comes to rugby matters, Rattue tore into England.

The Kiwi slammed England's 'tactic out of the rugby stone age' as they targeted Ireland's 'great No.10 Johnny Sexton' for a series of hefty hits before and after he had possession. 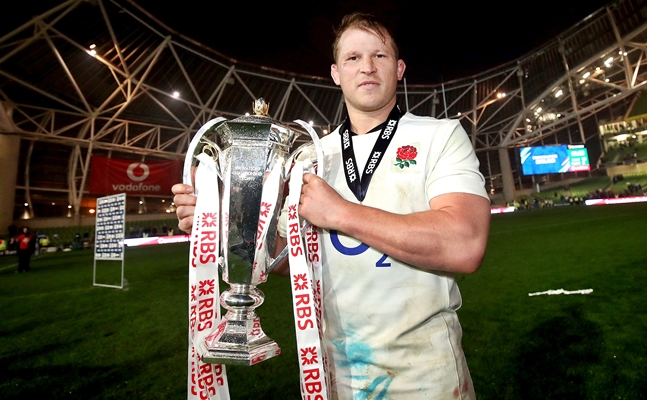 As for England claiming to be the rightful heirs to the No.1 ranking in world rugby, Rattue was not having that for a minute: "England - with one victory in the last 15 tests against New Zealand - are light years away from living up to the hype. England aren't even the second best team in the world, despite what the primitive ranking system claims. Ireland, under the astute coaching of Joe Schmidt, deserve that respect."

"And what about those rankings?," he continued. "Schmidt's Ireland deserve to be recognised as the second best team in the world, not England. Ireland play the game with verve and guile and it is they who have mounted the best challenge to the undisputed champs."

England and Ireland may be in pursuit of the All Blacks but they will have to shelf that this summer and combine their playing efforts to take on the world champions in the red jerseys of the British & Irish Lions.

It should be some contest but the worry is Warren Gatland opting for English might over Irish spark.

This article first appeared in SportsJOE.ie

The Big Reviewski || JOE · The Big Reviewski with Ray Liotta, Goodfellas facts & Tom Hanks making us cry
popular
The JOE Movie Quiz: Week 121
Temperatures to plummet to five degrees with thunderstorms as Atlantic system to hit next week
The JOE Friday Pub Quiz: Week 262
Ireland's newest train station officially opens in Dublin
Children will only have to restrict movements if they have symptoms or a close contact at home
PICS: The man with the biggest penis in the world has one unbelievable problem with it
QUIZ: Tickle your brain waves with this general knowledge quiz
You may also like
7 months ago
Craig Casey and Johnny Sexton combination backed for Italy clash
7 months ago
Defence grows for Billy Burns after one of the roughest days of his rugby career
7 months ago
Major upside to Ireland's Six Nations challenge that should make all the difference
8 months ago
John Cooney comes to defence of JJ Hanrahan after kicking criticism
8 months ago
Cardiff conversation that proved Paul O'Connell always put the team first
8 months ago
Ian Keatley on Ronan O'Gara's deadpan advice and his most treasured Munster jersey
Next Page