The Dutch maestro talks to JOE.

Ahead of the Champions League Final in Berlin on Saturday, JOE caught up with one of the greatest strikers of all time, the legendary Marco van Basten.

JOE: Hi Marco, it's approaching the 25th anniversary of Italia 90 which is a big deal here in Ireland and I wanted to know what memories you have of playing in the 1-1 draw with us, your memories of the players you played against...

MVB: Ireland had a very good, strong, experienced team and we had a lot of trouble with them. In the end we were happy to play out a 1-1 draw. 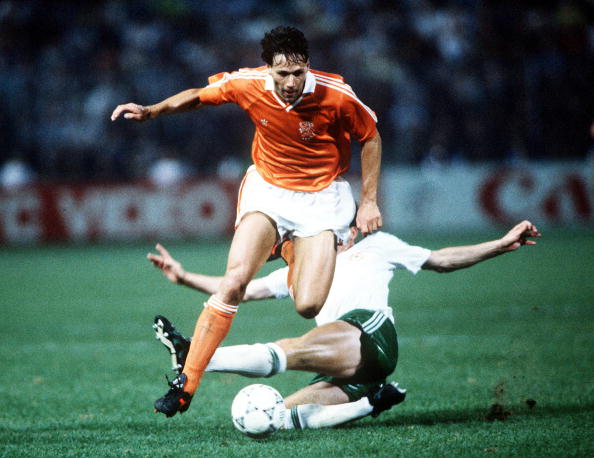 END_OF_DOCUMENT_TOKEN_TO_BE_REPLACED

JOE: Did you realise in the last 10-15 mins of that game that there was an agreement to take it easy? (a draw suited both teams for qualification)

MVB: Yeah, yeah it was comfortable for both of us. And we were not in good form, not a good shape and Ireland were playing well, looking fresh so in the end we were happy to draw.

END_OF_DOCUMENT_TOKEN_TO_BE_REPLACED

JOE: Do you think Ireland may have won had there been no agreement?

MVB: Yeah, yeah of course, they were very strong.

JOE: Obviously your most famous goal was that volley in the Euro 88 Final against the Soviet Union. When Arnold Muhren sent that cross in, it took ages to get to you. You had so much time to think. Did u make your mind up early that you were going to hit it first time or was it more instinctive? 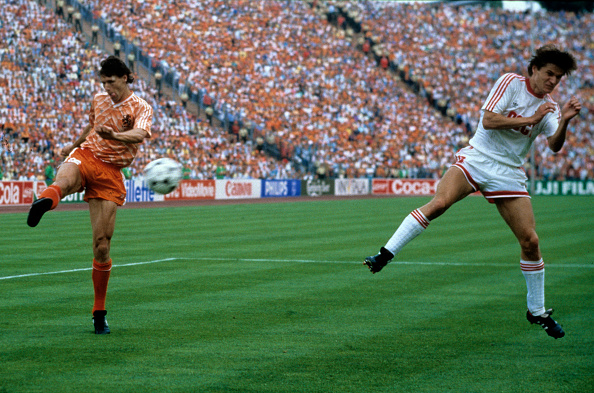 END_OF_DOCUMENT_TOKEN_TO_BE_REPLACED

MVB: Yeah, it's all instinctive. Also, I was a little bit tired so instead of taking it maybe on the chest and doing all these things, I felt it better to just hit it first time. In the end that's what happened and thankfully it ended up in the back of the net.

JOE: Obviously in our part of the world there is a lot of people following the Premier League and Louis Van Gaal has had his first season as manager of Manchester United and he has delivered the top four place he aimed for. Do you rate Van Gaal? Is the the right man for the job? 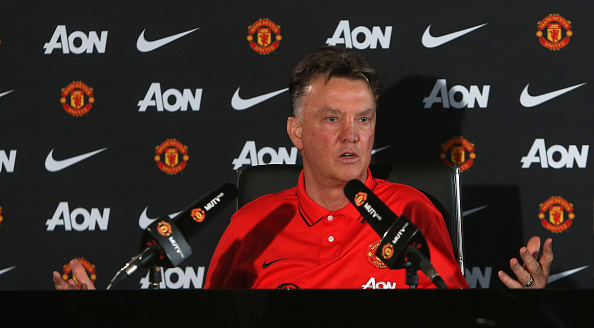 MVB: I think so yeah. He is very experienced, already managing great clubs like Barcelona and Bayern Munich. He is also very convinced about himself which I think is very important when managing a club the size of Manchester United. He is the perfect man for them right now.

JOE: Staying with United, not an awful lot of people outside of Holland would know too much about their new signing, Memphis Depay who they bought from PSV Eindhoven. What can we expect from him and what can he bring to the Premier League? 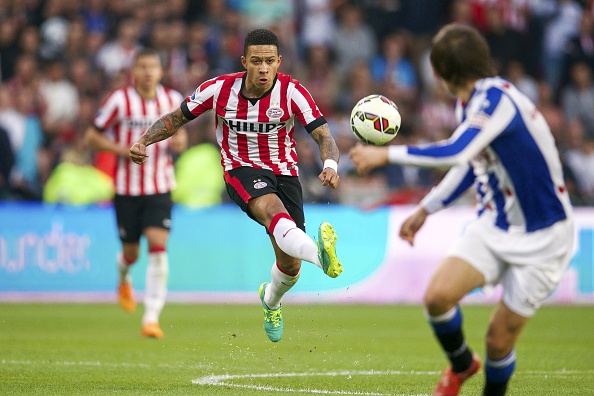 MVB: He is a great player, hugely talented. He is able to score goals and create them. He's still only young at 20 years of age. He's very, very quick and already has a good personality. I think he will become a big player.

JOE: Do you have a view as to why the English teams are struggling in European competitions the past couple of seasons especially as it is the richest league in the world?

MVB: I think it's just a co-incidence, it happens. These things happen in cycles. However, their season is very long and heavy and that cannot help anyone at the end of a season when the big matches are played.

Too many competitons to play in, far too many games and no winter break. The FA Cup for instance only needs one match. If it's a draw, no replay, just settle it there. 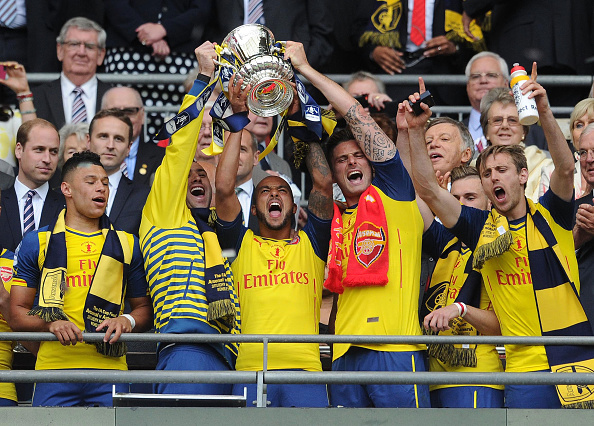 There is no time to recover in England and the fact that it is a very physical league, much more than in Germany, Italy or Spain. It is by far the toughest league in Europe.

JOE: It's been a bad week for the reputation of football with the controversy at FIFA and Sepp Blatter and do you think tonight's final is a chance to remind people that this can be the Beautiful Game with the likes of Pirlo, Messi, Neymar and the rest? 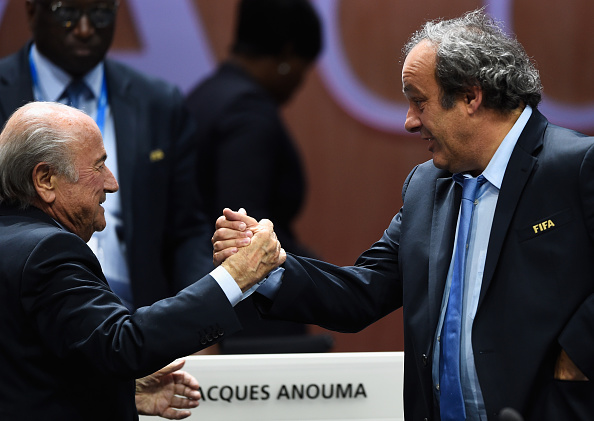 MVB: Well I think UEFA is separate to FIFA and they are doing things well. There is always room to improve, but I think they are doing a good job. The Champions League quarter-finals for instance is always the same teams more or less.

We have to find a way to ensure that it is not always the same teams all the time. I think this is something that UEFA sould look into.

JOE: You are assitant coach at AZ, but do you still have ambitions to manage again, to be the number one? 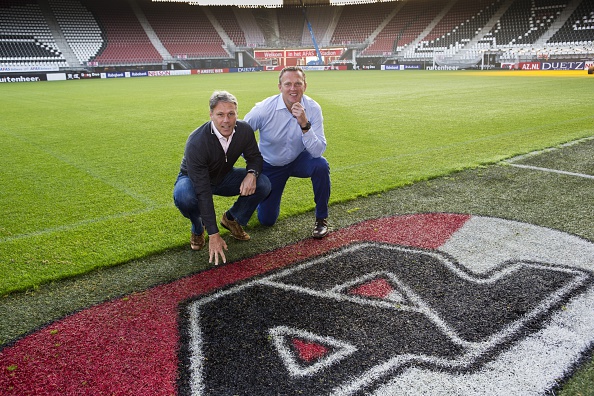 MVB: I feel much more comfortable to be the assistant, I feel happy. I have done 10-12 years as a manager and I never felt really happy with it.

So I took a step sideways or downwards, depending on what way you look at it and I just feel more comfortable, I feel more free and I don't want to go back to the job as a first coach.

I am happy with it, I live a better life and I think that is the most important thing for any person.

JOE: Is Lionel Messi the greatest player you have ever seen?? 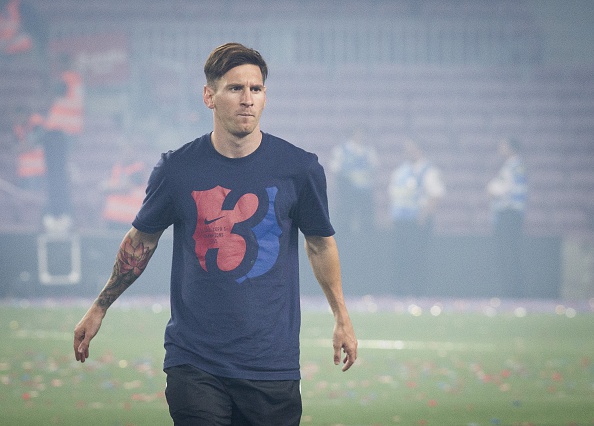 MVB: He is an incredible player, but to be the best, I think he needs to win a World Cup.

JOE: Who is the greatest player you have ever played against? 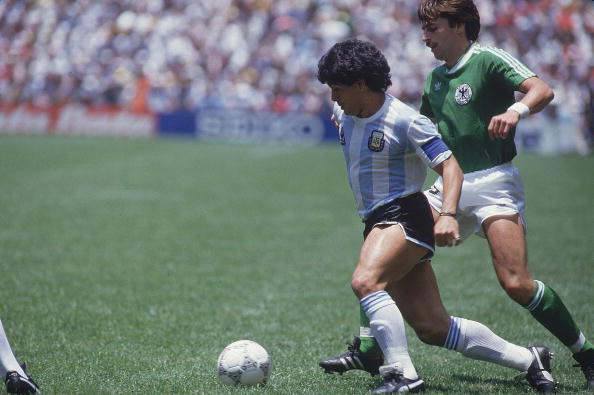 JOE: Thanks for your time Marco!

This is brought to you by Nissan, official partner of the UEFA Champions League. Click here for more.

popular
The JOE Friday Pub Quiz: Week 300 - the Triple Century
One of the most underrated sequels of all time is among the movies on TV tonight
Rain and thunderstorm warning extended to include 15 counties
A classic Western is among the movies on TV tonight
Met Éireann gives update on weather warnings for this weekend
An underrated Jason Statham thriller is among the movies on TV tonight
QUIZ: Can you match all 32 counties up to their province?
You may also like
2 days ago
Gary Lineker says he suffered racist abuse during football days due to "darkish skin"
3 weeks ago
Merseyside police defend ‘exemplary’ Liverpool fans tear gassed by French police
1 month ago
BBC trainee accidentally posts message mocking Man United live on TV
1 month ago
Kurt Zouma charged with three animal welfare offences
1 month ago
The JOE Friday Pub Quiz: Week 295
1 month ago
Wagatha Christie trial: Rebekah Vardy denies leaking Riyad Mahrez message
Next Page