Jack Carty could well have been lining out for Southampton with Shane Long at the weekend. Instead, he's preparing for knock-out rugby up in Belfast.

Modest enough as he may be, Jack Carty was a triple threat growing up.

END_OF_DOCUMENT_TOKEN_TO_BE_REPLACED

Carty played minor football for his county, Roscommon, and was only denied an All-Ireland by an extremely talented Kerry side, who bet them in Croke Park. He also played soccer and was good enough to represent Ireland at Under 15 level - playing alongside Jeff Hendrick and Robbie Brady - before concentrating on rugby.

That decision between three sporting loves, tough as it was, paid off when he established himself in the Connacht squad in 2012/13. He made his Connacht debut a month after his 20th birthday and now, six years on, his the province's all-time leading points scorer. In the recent Guinness Six Nations, his provincial form earned him his first three Ireland caps.

Carty joined Barry Murphy and Andrew Trimble on Baz & Andrew's House of Rugby [from 18:00 below] and recounted how he once kept Matt Doherty out of the Ireland defence, and missed out on a potential big Premier League break. 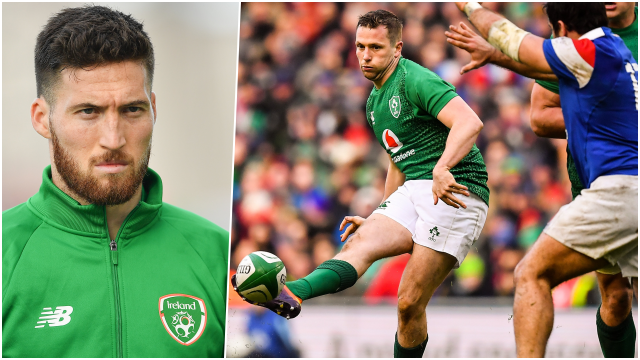 Despite his Wikipedia page claiming that Uefa had banned 'from all club and international competitions from under-15 grade onwards as it would be unfair on other players', Carty concedes that he may have found it tough to cut it in the professional football world.

By the time he was in his mid teens, however, he was good enough to play for his country, and good enough to keep a future Premier League star on the sidelines. He commented:

"I would have played with Robbie Brady, Jeff Hendrick and, I don't know if you know Matt Doherty, who was playing (too). He scored a few goals for Wolves last couple of weeks. I actually managed to keep him out for a couple of weeks. I was a centre back.

"Under 15s, yeah," he added. "We did a big trip in Qatar, which was class. We were in the Aspire Academy, which was unbelievable. I'm trying to think how long ago it was, 10 years. So it was like, back then, going away from your folks and stuff. It was class. It was a really good experience."

Staving off the claims of Doherty, who is in great form for Wolves and now has five Ireland caps, is some going.

As impressed as Carty has been with Doherty's journey, it was Brady that stood out, and has stood out, for him.

"Oh, Robbie Brady was incredible, yeah. He was different level. He had signed with Manchester United at that stage and there'd been a big tug-of-war between United and Liverpool with who he was going to sign with, and he went with United in the end." 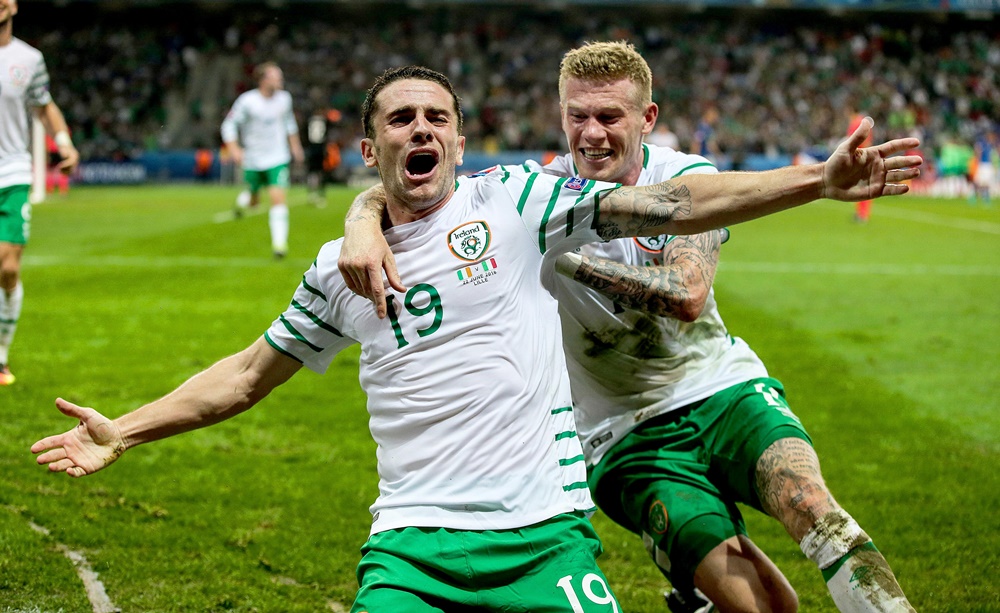 GAA and rugby (with Marist College) were starting to demand more of his time, as well as school work, but Carty did not hesitate when Southampton showed an interest in him.

"I was offered a trial over in Southampton," he recalled.

"My mum was actually the secretary in the club, the soccer club, at the time. So I got this letter saying, look, you've been invited to go on trial. I was packing the back going, 'I'm off. Good luck!'

"It kind of fizzled out and I was like, 'What was going on?' And my mum said, 'Oh there's a transfer embargo. They're not signing any players'.

"But, subsequently, I only found out after Christmas that they let it fizzle out. They wanted me to do the Leaving Cert, and all. I could have been playing Premier League... Worked out for the best, I suppose, didn't it?"

Trimble wasn't letting that comment go unremarked and pointed out that as well as Carty is doing with Connacht, a career in the Premier League 'could have been unbelievable'.

Winning the PRO12 title with his native Connacht, in 2015/16, and those Ireland caps were more than ample compensation but Carty wants to build on that.

Dreams of a Premier League careers (and pay packets) are a thing of the past. Carty has another league title to aim for, more points to accumulate and more Ireland caps to earn.

popular
The JOE Movie Quiz: Week 91
Rick and Morty creator reacts to dropping one of the first f-bombs on Disney+
QUIZ: Can you name all of these characters from The Rugrats?
The JOE Friday Pub Quiz: Week 232
The JOE Music Quiz: Week 46
Scarlett Moffatt discovers ‘30% rain’ on weather app doesn’t mean chance of rain
QUIZ: Can you correctly identify these European country flags?
You may also like
2 days ago
First-time buyers in the East and South East: This virtual First-Time Buyers Masterclass will kickstart your mortgage
2 days ago
Need some easy-to-follow advice on how to manage your money? Just Ask Paul
4 days ago
This lady’s moving story really shows how homelessness affects Irish children
5 days ago
Here are our picks of the new and classic shows coming to Star on Disney+
1 week ago
WATCH: This powerful new Irish ad really puts everything into perspective
2 weeks ago
First-time buyers in Dublin : This virtual First-Time Buyers Masterclass will kickstart your mortgage
Next Page