Manchester City finished with 100 points, Stoke, West Brom and Swansea were relegated and the gap between the top six and the rest of the division widened ever further.

But who were the best and worst of the Premier League pundits over the course of the season?

Here's the complete table, and we start with the relegation spots...

Just to be clear, Savage is in this table so he can be relegated, not because he is the 20th best pundit covering the Premier League.

"The worst possible score for Arsenal is 0-0," says Robbie Savage.

END_OF_DOCUMENT_TOKEN_TO_BE_REPLACED

After becoming the manager of the England women's national team in January, Neville wasn't as present on our television screens.

But he came out with enough nonsense before taking the role to secure relegation in this table. Like, for example, when he criticised Liverpool for not signing Joe Hart.

Even a stopped clock is right twice a day, unfortunately, that's more times than Neville was correct on punditry duty last season.

Largely forgettable and seems to distil everything that happens on the pitch down to players lacking a "fighting spirit."

In Alex Ferguson's second autobiography, he had some harsh words for Hargreaves, his former Manchester United midfielder who had his career was cut short by injuries.

"When I signed him, there was something about him I didn’t like," Ferguson said.

"The thing every good leader should have is an instinct. Mine said to me: 'I don't fancy this.' When he came over to Old Trafford for the medical, I still had some indefinable doubt. He was very hail-fellow-well-met. Almost too nice."

This character assassination was probably needlessly harsh, but it does arguably contain a grain of truth regarding Hargreaves' punditry.

He does come across as "too nice", and rarely offers any criticism. Everything is "wonderful" or "exceptional" or "incredible."

This makes Hargreaves a pleasant person but doesn't help his punditry.

Owen Hargreaves & superlatives: a scientific study that required me to install Excel & has taken months off my life https://t.co/w58WFblaid pic.twitter.com/rpAjh2Mpt7

The new Rangers manager never seemed a natural fit for the punditry studio.

"Anything can happen in a final. Sometimes it happens for the underdog, it did for me..."

Steven Gerrard sounds off for the night 🔴

He is inoffensive, and doesn't offer a lot of insight. Redknapp works better when paired with Thierry Henry.

Next to authoritative pundits - like Neville, Souness or Carragher - his views can feel lightweight.

When we made this list last year, a good few people complained that we had omitted Danny Murphy.

The former Liverpool midfielder is a good analyst and can break down how a game was won or lost when given the chance on Match of the Day.

Some of his claims are questionable, though...

Henry has been a pundit on Sky Sports for three years. He has worked on the biggest games and has had plenty of exposure. Yet, it doesn't feel like he has improved as a pundit.

He is speaking in his second language, so we probably shouldn't be too harsh, but he hasn't become the star pundit Sky were hoping he would be.

Henry can be quite bland, and his best punditry moments came on the BBC's coverage of the 2014 World Cup and Euro 2016, rather than on Sky.

Throwback to when Thierry Henry shot Robbie Savage down... pic.twitter.com/0u0jHIFPc5

Scholes sometimes gives the impression that he would rather be doing almost anything else other than punditry.

He also only seems to appear on BT Sport when Man United are playing. But when the mask of indifference and boredom slips and Scholes becomes interested in a game, he can be good as he often lacks a filter when expressing his views. 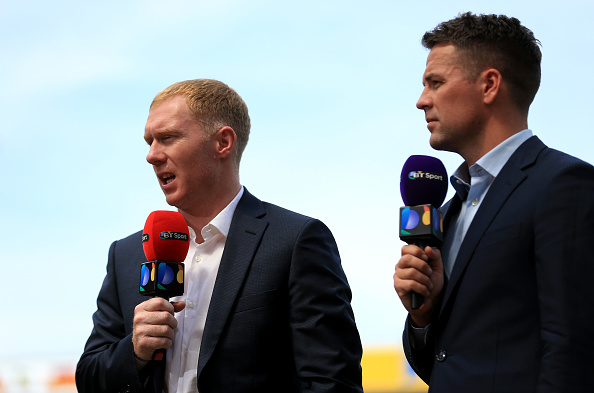 He is quite good on BBC radio and in his appearances on Match of the Day. Jenas isn't long retired and is in touch with the modern-day footballer.

Last year, Sutton made an impression on football fans watching at home due to his contrarian approach, no-nonsense delivery and ability to wind-up his fellow pundits.

He wasn't as effective across 2017/18, but he still divides opinion among viewers. In his appearances on BBC 5 Live in particular, he comes across as an intelligent and logical pundit, who can construct an argument.

Sky tend to use Bellamy on their nightly show The Debate. He's easily the best pundit on the show and has impressed when covering live matches.

After Andy Carroll was linked with a surprise transfer to Chelsea in January, Bellamy said his former Liverpool teammate lacked the work ethic to excel at a big club.

Bellamy's view was both honest and refreshing, as most ex-footballers would have gone out of their way to avoid criticising a former teammate.

Wright has improved as a pundit over the last few years. He is very good on both radio and Match of the Day.

His analysis of Christian Benteke's struggles at Crystal Palace over the season season was particularly informative. On MOTD, Wright said Benteke was lacking confidence and this manifested in his movement.

He showed a clip of Benteke arriving too late for a pass into the box and then a clip of him jumping too early for a cross.

Wright used his knowledge from his career as a top striker to give an insight into how a current footballer was struggling, and the viewer learned something in the process. 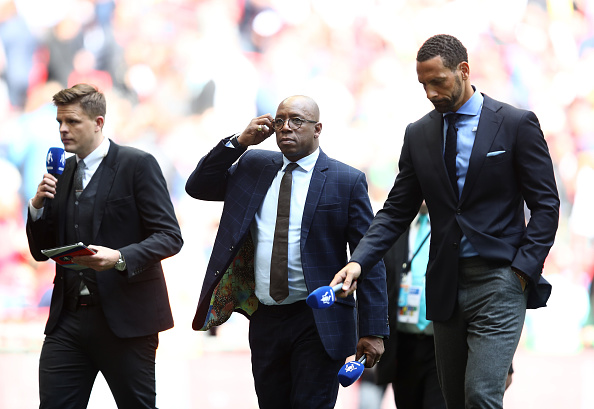 Is he insightful? Not really. Can he tell you how a game was won or lost? No. Is it mildly entertaining when he goes on a rant? Yes.

For that entertainment factor, Keane scores higher than many on in this table. No other football pundit cuts through bullshit like him, and when he speaks football fans tend to listen.

Shearer has greatly improved since his early years as a pundit alongside Alan Hansen on the BBC.

Gone are the days of him deploying the "say what you see" approach to punditry. Shearer now seems to take his role seriously and has justified his status as the BBC's main football pundit.

He speaks with authority. The former Liverpool captain also has no ties to the modern game. He doesn't know any of the players and he has no intention of returning to management. This frees him from worrying about potentially offending anyone.

Souness won't provide much tactical analysis but he's an effective counter-point to younger, more analytical pundits such as Neville and Carragher.

Rio has proved to be very good pundit. He is capable of articulating his experience of playing at the top level of football and relate it to the action on the field.

Ferdinand also shines on BT Sport Show Premier League Tonight and is always worth listening to. 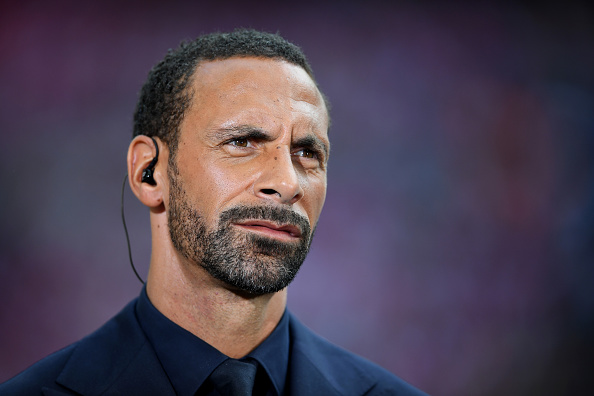 Lampard is articulate, intelligent and interesting.

The former Chelsea midfielder is a natural as a pundit and comes across as though he has been doing the job for years. Lampard made a couple of appearances for Sky Sports in the 2016/17 season, and they arguably missed a trick by not signing him on a permanent deal.

Lampard moved to BT Sport at the start of last season, and he has also worked on the BBC. He has been impressive on both.

His breakdown on Match of the Day of Jamie Vardy's stunning volley against West Brom was particularly excellent.

The former Liverpool defender is articulate and a strong critical thinker. Carragher's work on Sky and his weekly newspaper column were essential staples for football fans throughout the season.

He also manages to combine the best qualities of his punditry peers. Carragher, like Neville, has a sharp analytical mind, he can cut through bullshit like Souness and is as quick-witted as Keane.

At his best, the former Liverpool defender is arguably the top pundit working on the Premier League.

He missed the last month or two over the undignified spitting incident. But, this list is based on each pundit's contribution last season, and on that criteria, Carragher has been excellent.

Did something in defence of Jamie Carragher - https://t.co/aLT4cYvwTY via @sportsjoedotie

Neville remains the best pundit at analysing a game and informing the viewer at home about how it was won and lost, focusing on small details and putting them in the wider context.

His experience at the top level of the sport gives him an authority to speak on the Premier League. More importantly, he can articulate this experience and knowledge and educate people watching at home.

However, since returning from managing Valencia, Neville has taken a step back from the Sky Sports studio. He is no longer a regular on Monday Night Football and his main contribution these days is as a co-commentator.

He still does a great job in this role, but he isn't as present as he once was, meaning we see less and less of his tactical analysis pieces - which were a treat every week when he began working for Sky.

Neville is also reluctant to criticise managers, and this can be frustrating for the viewer. It's possible that this is because of his experience at Valencia, or at United under Ferguson, where it didn't pay to question the boss, but it can arguably stunt Neville's analysis.

Sometimes a team plays poorly because of how they have been prepared, rather than because of an attitude issue. His criticism of Arsenal earlier this season was extremely strong and somewhat justified - but he didn't direct any of his fury towards Arsene Wenger, the man who was employed to prepare the team.

But Neville is excellent, and any criticism is minor. Watching English football wouldn't be the same without him.