JOE ranks the last eight teams in the World Cup, plus the ones we just said goodbye to

So who will win it?

It's that time again. JOE waves bye-bye to eight more countries as the quarter-finals beckon.

1) Holland (Previously 1st) - Not their best performance in Brazil but the Oranje showed a whole different side to their title-winning credentials against Mexico. Don't forget that the Dutch were 1-0 down and playing in searing heat against a  talented team who were used to these conditions. Holland didn't play well and yet they still found a way to win. Robben was once again instrumental, he was correctly awarded a penalty, while Sniejder and Huntelaar kept their cool when it was needed most.  We are keeping them at the top due to their stunning group matches and the fact that we think this may be a once-off bad performance. They should be better next time out.

END_OF_DOCUMENT_TOKEN_TO_BE_REPLACED

2) Costa Rica (Previously 2nd) - What happens when an unmoveable object meets another unmoveable object? Their game against Greece wasn't easy to watch but Costa Rica have been the story of the World Cup so far. Once again they showed their character, resolve and unbreakable spirit. Don't forget that they were down to 10 men for almost an hour against the Greeks after Oscar Duarte was sent off. JOE is running out of superlatives to describe this team.

3) Colombia (Previously 3rd)- The only team in the tournament that JOE can't actually pick faults with, raise question marks against or moan about any bad performances . This is the first time that Colombia have reached the quarter-finals and it's easy to see why. They look water tight defensively, marshalled brilliantly by veteran Yepes, Juan Cuadrado has now provided more assists than anyone else in Brazil and we can't even begin to describe just how good James Rodriguez has been. Any team with a talent like this can cause problems. 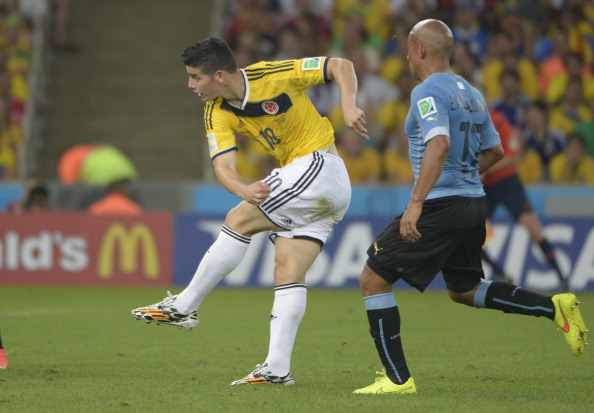 END_OF_DOCUMENT_TOKEN_TO_BE_REPLACED

4) France (Previously 4) - How different would their match against Nigeria have been if Matuidi was sent off? JOE only deals in certainties though and Les Blues were good value for their win. They have the best balanced midfield in the tournament but Nigeria did highlight some of their defensive frailties. They go into their game against Germany as slight favourites but Deschamps has the attacking talent at his disposal to win. Expect to hear the name Patrick Battiston mentioned a lot in the build up to this one.

5) Germany (Previously 8)- Despite a brilliant performance from Algeria, the three-time champions never really looked like they were rattled or shaken at any point. The graft, guile and technique of Thomas Muller is a joy to behold but Ghana and Algeria have highlighted the weaknesses in this side, a high line along with a lack of pace in defence. A French team full of movement, speed and flair will probably leave Mertesacker looking like this.

END_OF_DOCUMENT_TOKEN_TO_BE_REPLACED

6) Belgium (Previously 7)- No other coach has used his bench as well as Marc Wilmots. Every single one of Belgium's goals has come after 70 minutes which shows us that their subs are having a major impact. They aren't dark horses any more, they're serious contenders.

7) Argentina (Previously 5) - What do they say about teams that play poorly but still win? The Albiceleste need to find another gear and quickly. At this moment, Argentina look like Messi at his world-beating best trying to cover up the performances of ten other under-performing guys. 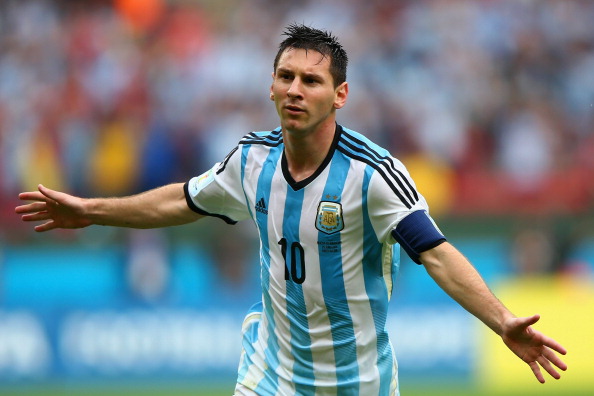 8) Brazil (Previously 6)- Very fortunate to progress into the quarter-finals and JOE's patience with the hosts is wearing thin. Fred is about as useful as a chocolate teapot and they needed the woodwork , in extra-time and during the shoot-out, to save them. People will say that performances don't matter at this stage but we think that they might be found out. Must improve

9) Chile (Previously 9)- Beautiful, beautiful heartbreak. JOE gets the impression that if Chile's manager asked his players to run through a brick wall and then fight 11 rabid tigers they would. Their high intensity pressing game combined with devastating counter-attacking pace was a joy to behold at times. Arturo Vidal has cemented his position as one of Europe's most complete midfielders while Barcelona will have no shortage of offers for Alexis. Easily the best team to be knocked-out in the last 16. 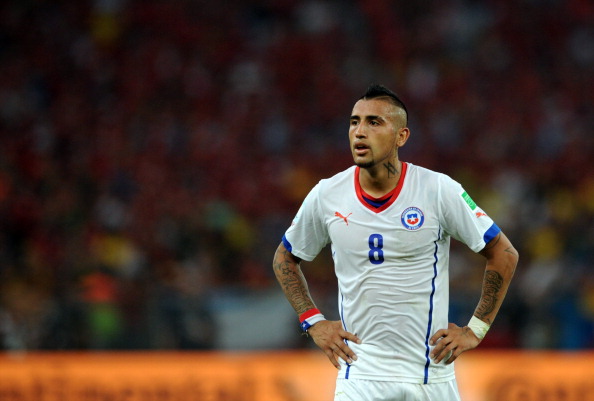 10) Mexico (Previously 10) - Along with Costa Rica, no other team has surprised us as much as El Tri during this World Cup. Much like Chile, their defeat was a hard one to take but Ochoa was simply outstanding.

11) Algeria (Previously 14)- Les Fennecs gave everything at this World Cup and made history as the first Algerian side to each the last 16 . They should feel very proud and but are we the only ones to think that they could have been on that pitch against Germany for a month of Sundays without scoring though?

12) Switzerland (Previously 12)- It's extremely harsh to critique a team that almost pulled off a perfect defensive game-plan but JOE can't deny that we were happy to see Angel Di Maria score. Argentina weren't at their best but nobody want's to see Philipe Senderos stay longer at a World Cup than Lionel Messi. It all could have been so different though with those misses from Drmic  and Dzemaili.

13) United States (Previously 13) -There is so much to love about Klinsmann's side. They work incredibly hard, never give up and play as a team but Belgium were by far the better team. Spirit can get you so far in knock-out football but unfortunately class usually prevails. Take a bow though Tim Howard. Simply stunning. 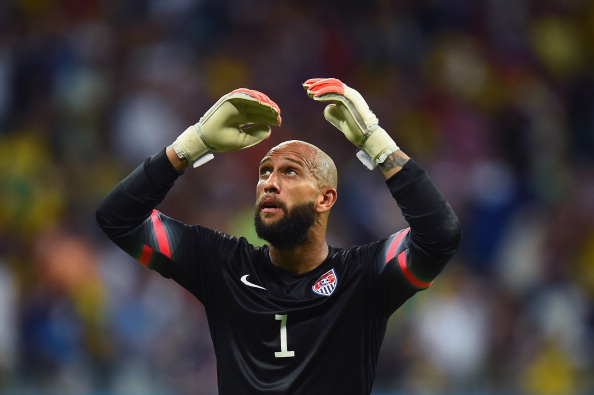 14) Nigeria (Previously 15)- Much like most of the losing teams, the Super Eagles did cause moments of panic in the French defence but no one could deny that they lost to the better team. Goalkeeper Vincent Enyema did provide the best moment of the World Cup.

15) Uruguay (Previously 11) - Two impressive wins against England and Italy were bookended by toothless and aimless performances against Costa Rica and Colombia. The common factor in both defeats? Suarez wasn't fit for their opening game and we don't remember why he missed their defeat to Colombia. Oh yeah, 'that' thing.

16) Greece (Previously 16) - A great bunch of lads off the pitch but horrible to watch while on it.

popular
One of the best movies of the decade has just been added to Netflix
Cristiano Ronaldo 'agrees £173m-a-year deal' with Saudi club
Country singer Jake Flint, 37, dies in his sleep just hours after his wedding
20 years ago, one of the best sci-fi movies of the 21st century was a box-office bomb
U2 drummer Larry Mullen Jr. says band may perform without him in 2023
Katherine Ryan says famous TV star is a ‘predator’ and everyone in industry knows
Surprise frontrunner emerges as potential next James Bond as producers 'love him'
You may also like
4 days ago
Japan fans explain why they clean up after World Cup matches
5 days ago
The JOE Friday Pub Quiz: Week 322
6 days ago
Japan supporters clean up rubbish following famous win over Germany
6 days ago
ITV football pundit Nadia Nadim heartbroken as mother killed by a truck
6 days ago
Non-league side make approach for 37-year-old free agent after World Cup
1 week ago
FIFA charge Ecuador over fan chants during World Cup opening game
Next Page