What a great end to a thrilling Test Series.

Next season could get even better and [from 44:00 below] James looks ahead to a potential, exciting return of a Leinster legend to Irish rugby. 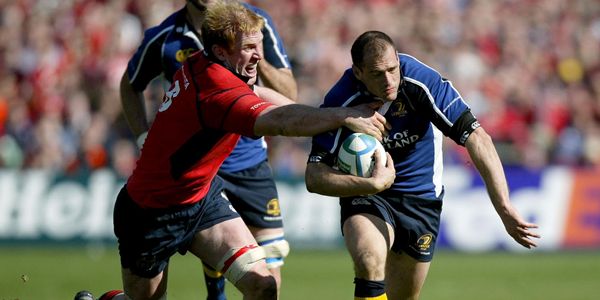 Reports in Argentina, from ESPN, suggest Leinster are set to add former outhalf Felipe Contepomi to their staff, as backs coach.

"I was lucky enough to play with him. He knows the place inside out. He knows the culture and he has been amongst the best players when they were there. He epitomises Leinster, really, and he has that connection. Whatever it is with Leinster - you look at the foreign players they've had - they all have this attachment, still, to Leinster.

"You see Isa (Nacewa) coming back and Felipe has always spoken about it and has had such a good time here, and he often comes back. It's just one of those things and it's an interesting one, because I had forgotten about Girvan (Dempsey) going to Bath. They've announced it... because he is head coach in Argentina so it's a nice little coup."

Having spent six seasons with Leinster, and helped them to a Celtic League and Heineken Cup, the Argentine legend would be very much welcome into the set-up of Europe's reigning champions. 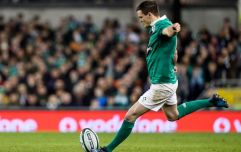 END_OF_DOCUMENT_TOKEN_TO_BE_REPLACED

You can listen to the show on Spotify, Soundcloud, all good podcast apps or HERE on iTunes.

popular
An action-packed thriller is among the movies on TV tonight
Woman charged over €1.2 million misappropriation of funds at local Credit Union
Gardaí unveil new Armed Support Unit vehicles to replace older models
Taoiseach issues mild rebuke in parting words to Boris Johnson, Mary Lou McDonald goes in two-footed
Tonight's episode of Love Island features the "most dramatic recoupling ever"
A serial killer thriller with 100% on Rotten Tomatoes and 5 more movies & shows to watch this weekend
QUIZ: The Ultimate Thor Quiz
You may also like
1 month ago
The 2 Johnnies say over 100 people have contacted them about the GAA catfish
1 month ago
The 2 Johnnies set to update fans on catfish situation soon
1 month ago
The 2 Johnnies share unbelievable catfish ordeal affecting over 40 people
10 months ago
Joe Rogan tests positive for Covid-19 after telling listeners not to get vaccine
1 year ago
EXCLUSIVE: Listen to Paul Mescal's song ahead of release of new Irish crime podcast series
1 year ago
JOE's new podcast series will be giving weekly breakdowns of The Fast & Furious Saga
Next Page