Many Irish fans may be watching the next few World Cup warm-up games from behind the nearest couch.

Johnny Sexton best rest up in Portugal as it gets far too serious from the moment he lands in London, late next week.

END_OF_DOCUMENT_TOKEN_TO_BE_REPLACED

As a rugby nation awaits on reports on Joey Carbery's ankle, attention will soon turn to a warm-up game against England can could well increase the injury toll.

England fans were left worrying over Tom Curry and Elliott Daly after their win over a Wales side that lost Gareth Anscombe to a bad knee injury. Over on these shores, Carbery is the major concern but Rob Herring [back] and Devin Toner [ankle] also left the fray in discomfort.

Ireland face England at Twickenham on August 24 before back-to-back dates with Grand Slam champions on August 31 and [in Dublin] September 7. The dilemma for Ireland head coach Joe Schmidt may soon be whether to risk Sexton picking up an injury or going easy and paying for it with a slow start in Japan.

Following his side's 29-10 win over Italy, Schmidt mused, "You’re right, then [if Carbery is out longer than expected] we may adjust our plans. We know we have to hit the ground running. We know how big the Scotland game is and we can't really afford to have anyone underdone either."

The Irish out-half situation was discussed on the latest episode of Baz & Andrew's House of Rugby [from 33:00 below] and Jerry Flannery, for one, is not in favour of taking Sexton from the line of fire. 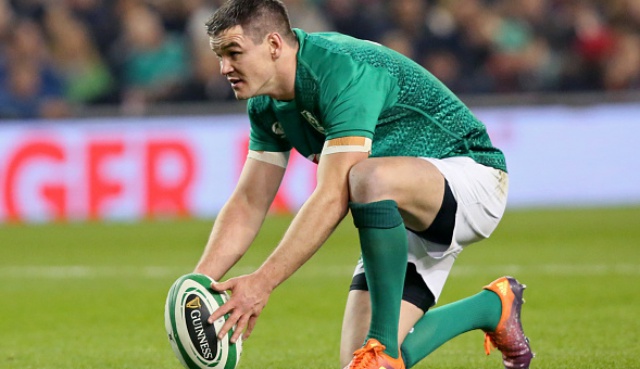 END_OF_DOCUMENT_TOKEN_TO_BE_REPLACED

"With Carbery struggling," former Ireland winger Andrew Trimble began, "and maybe not going to get that much game-time between now and the World Cup, assuming he gets back in time, should we play Johnny Sexton less? Because Sexton is even more important to us now."

On the idea of leaving Sexton on the bench or out of the games completely, Flannery declared:

"No, that’s… the wrap him in cotton wool stuff is bullshit.

"It doesn’t work. It doesn’t… you can definitely play smart. You need to get… Johnny Sexton is the best player in the world, so you need to get game-time into him to get him up to speed.

"You can’t just expect to not give him any game-time and expect him to be firing on all cylinders going into the Scottish game. So they’re going to have to play him. They might just be smart about how much they use him, but he has to play. And hopefully Joey is back and can take some of the pressure off him, because Joey is clearly the second choice."

Asked by Trimble if Sexton starting one of the next three games would be enough, Flannery disagreed. "I think he's got to play more regularly. He'd definitely want two starts."

Trimble feels Jack Carty would be the back-up to Sexton if Carbery's injury is as bad as feared and that the Connacht man would, therefore, need a start against either England or Wales.

"Hopefully Joey is fit to play again before the World Cup," said Flannery, "but, in the meantime, Sexton has to start and Carty can come off the bench."

popular
20 years ago, one of the best sci-fi movies of the 21st century was a box-office bomb
U2 drummer Larry Mullen Jr. says band may perform without him in 2023
Peter Kay moved to tears on stage while opening his first stand-up tour in 12 years
Mia Khalifa claims seaside town is better than Miami
Patient arrested after switching off roommate's ventilator because it annoyed her
Simon Cowell concerns fans with appearance as they 'don't recognise him'
The JOE Movie Quiz: Week 182
You may also like
2 days ago
5 very cool Guinness-themed Christmas gifts for the stout lovers in your life
2 days ago
5 deadly destinations for a last-minute city break this winter
2 days ago
18 very affordable gifts for your aul' fella or brother this Christmas
2 days ago
QUIZ: How well do you know The Batman?
4 days ago
QUIZ: How well do you know The White Lotus Season 2 so far?
1 week ago
The White Lotus Season 2 characters we'd least want to spend a week in Sicily with
Next Page