Rarely has a 19-point Dublin win thrown up so many worthwhile talking points.

The red card for the tackle on Stephen Cluxton annoyed neutrals rooting for the underdog even if it should've been a red all along whilst Jonny Cooper was caught up in a bout of controversy too.

END_OF_DOCUMENT_TOKEN_TO_BE_REPLACED

The accomplished Dublin defender seemed to jab Dessie Reynolds square on the jaw rather than tackle the player when he clashed into him on Sunday and that upset just about everyone outside of Dublin too.

Everyone except Colm Parkinson.

The GAA Hour host took to the mic on Monday and clarified why James McGivney should've been sent off but claimed Jonny Cooper shouldn't have been.

Cian Ward did not agree.

Wooly: He should've gotten a yellow.

Cian: That was a straight red, that.

Cian: It was, it was a punch in the face. 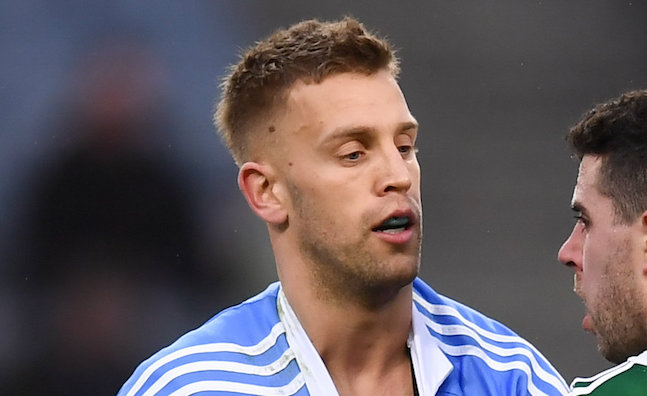 Cooper got off without even a yellow for the incident and it was something which did not impress Ward.

"He made no attempt to play the ball," the Meath man said.

"Peter Harte got sent off [against Monaghan] and we all said that was a straight red card when he gave him a kidney shot.

"Jonny Cooper has previous on this, he's at this stuff the whole time. You can't even say he's not that type of player, he knows exactly what he's doing in that scenario. It's an absolute classic that these lads get away with it the whole time. They pretend like they're going in to tackle the ball with a near-hand tackle but sure it's just a punch in the jaw.

"There's no way you can justify it whatsoever."

But Parkinson said that every team needs a Cooper.

"It would've been no harm him getting sent off yesterday because Cooper's floating too close to the line now. I like the way Jonny Cooper plays, I think every team needs someone like him but Jonny Cooper is going to get a red in a big game and it's going to cost him."

That Sergio Ramos-esque description is the point for Ward though. What use is a player if he's sitting in the stands?

"But I don't accept that logic either. What we're saying is that Jonny Cooper has gotten away with a number of red card infractions because the referee hasn't spotted him. There's no such thing as 'that's a good thing for a team'.

"He's actually a liability to a team.

"And the fact that he's such a good player, we let him away with it. But people always say this, 'oh, every team needs a lad'. No they don't. No team needs a lad who runs the risk of getting himself sent off every game he plays, and that's what he does.

"He needs to cop himself on because he is going to end up costing Dublin. How he's gotten away with it for so long is unbelievable. How are these referees not... it's so obvious to me, you see it in every game."

Listen to the full debate at the top of the show below.

popular
Budget 2023: Cigarettes going up, energy credits announced, child and social welfare increases confirmed
Two new 24-hour bus services are coming to Dublin
CONFIRMED: Renters to benefit from €500 tax credit as part of Budget 2023
An underseen disaster film is among the movies on TV tonight
Female child and woman in critical condition after incident in Clare
Female child discovered with serious injuries in Clare
Jeffrey Dahmer’s dad thinks he knows what’s to blame for son becoming a serial killer
You may also like
3 weeks ago
Roscommon GAA confirms investigation into alleged assault on referee during juvenile game
2 months ago
Looking for a hotel room for the All-Ireland Final weekends? It won't come cheap...
3 months ago
Taoiseach condemns "disturbing" fight at Galway v Armagh game
4 months ago
The 2 Johnnies share unbelievable catfish ordeal affecting over 40 people
4 months ago
Limerick hurler arrested following alleged altercation with Tipperary player in Limerick pub
5 months ago
Woman in her 20s dies after accident during Camogie match
Next Page