Bayern Munich sensation Toni Kroos has been linked with a move to Manchester United for quite some time now. It seems that he may be open to the idea, or is he having a game of brinkmanship with his Bayern paymasters?

Of course, it may just be a ploy in his ongoing negotiations with Bayern over a new contract. His manager, Pep Guardiola insists that he plans to keep Kroos for many seasons and will make him a better player. However, if you are a Manchester United fan, you will be excited to hear the Kroos comments.

END_OF_DOCUMENT_TOKEN_TO_BE_REPLACED

His brother Felix (pic below), who also plays in the Bundesliga with Werder Bremen and is a self-confessed Manchester United fan, said recently of his brother: "We have already talked about it. Manchester has been the team of my dreams since I was a child. However, I don’t give him any advice. He will take a good decision for himself. There are worse situations than having to decide something like that." 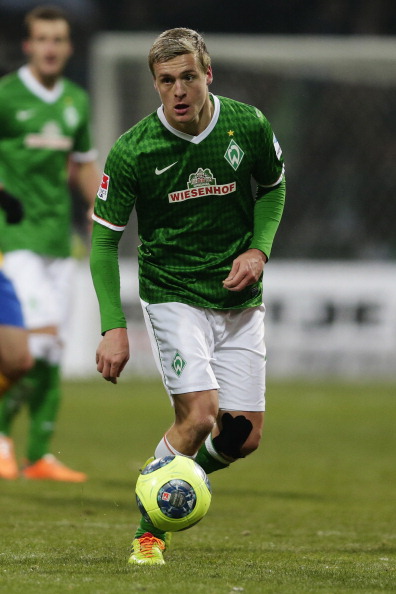 If Bayern were to cash in on their prized German international, you can bet that there will be more than Manchester United scrambling for his signature. Kroos is one of the hottest properties in world football and would enhance the quality of any team.

popular
Amazon Prime Video has just added 16 big movies to its library
QUIZ: We bet you can't get full marks in this extremely frustrating geography quiz
"It will be with me until I die" - Charlie Bird opens up about "loveliest gesture" from Daniel O'Donnell
QUIZ: Try score top marks in the hardest country flag quiz you'll ever take
One person killed and three wounded in lecture hall shooting in Heidelberg
Ireland tells Russia that naval exercises off Irish coast are "not welcome"
One of the best action movies of recent years is finally available to watch at home
You may also like
3 months ago
The JOE Friday Pub Quiz: Week 264
4 months ago
Manchester City's Benjamin Mendy charged with four counts of rape
5 months ago
Michael Ballack’s son Emilio, 18, dies in 'quad-bike crash’
5 months ago
Five football documentaries to watch to kill time before the new Premier League season
7 months ago
Christian Eriksen shares first update from hospital as he undergoes tests after cardiac arrest
7 months ago
Christian Eriksen stable but may not play football again, says sport cardiologist
Next Page