Argentina are on the very brink of elimination from the World Cup following Thursday's 3-0 humiliation against Croatia. Diego Simeone is not happy.

Much has been made of their performance, both from the players and manager Jorge Sampaoli, whose tactics have not so much been brought into question as ran through the shredder, set on fire, and then eaten to never be seen again.

Lionel Messi is forever portrayed as Atlas with his national side, carrying them on his dimunitive back time and time again, but eh he could do nothing but exist on the very periphery as Modric, Rakitic and co ran amok in Nizhniy Novgorod. 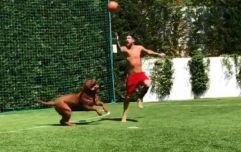 END_OF_DOCUMENT_TOKEN_TO_BE_REPLACED

He recorded a private audio message over WhatsApp and sent it to his right hand man at Atleti German Burgos whilst discussing the game but the message has since been leaked, and whilst it has not yet been 100% confirmed, it is being widely reported as coming directly from Simeone.

The full transcript of the audio message from Ole.com Argentina:

“What is happening right now is what’s been happening to the national team in the last 4 years unfortunately: Anarchy, no leadership from the FA or the people in charge.”

“I see a lost team. They should have started the game like they started against Iceland, a weaker team. It’s clear that today in the dressing room they’re beating each other up. Someone has to fight [in there]. Stop breaking my balls.”

“The goalkeeper… He had done it already, Germán! He did it against Spain, against Italy that the ball went just wide near the post, and I told you it was a pity he didn’t concede so they’d realise that if you screw it in the World Cup, it’s a goal.”

“We all always say that footballers are the most important in this game, and we know it’s like that. They’re 60%, not 90%. Because when we coaches screw it up it’s worse than when footballers do, which means coaches play a big role in this.”

“[This is also useful] to see that Messi is very good, but he’s very good because he has extraordinary teammates. And the question I ask you: If you had to choose between Messi and Ronaldo for a regular team, who would you choose?”

It's reassuring to see the most passionate manager in football react like any fan watching at home and indeed, still hold on hope that despite all this chaos they can somehow still make it through the group stage. 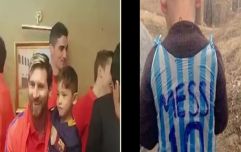 END_OF_DOCUMENT_TOKEN_TO_BE_REPLACED

"The team are in a bad moment, but it’s Argentina and I hope I’m not wrong, but I think they’re advancing, because Nigeria will beat Iceland and then you will have the the possibility of beating Nigeria, as long as Iceland does not win against Croatia, it now depends on Iceland, not to win either of the two games, its possible."

We hope you're right Diego, we really do. Although, obviously, it would also be quite funny watching Iceland go through at Argentina's expense.