Nine wins from nine and looking good for top spot in their Champions Cup pool, with home quarter- and semi-finals a possibility, Munster are well set for a 2020/21 to remember.

END_OF_DOCUMENT_TOKEN_TO_BE_REPLACED

It is early doors yet in what has already been, and promises yet to be, a disrupted season but the southern province have a bit of something going for them. Their squad players and young guns have been flying a flag in the Guinness PRO14 and many of them have taken that step up to European action - joined now by their Test talents - with no hesitation.

On House of Rugby Ireland, Ulster star Marcell Coetzee spoke with hosts Ian Madigan and Eimear Considine (from 2:30 below) about the latest round of Champions Cup games, starting with Munster's stunning comeback win over Clermont. Madigan also spoke about the most impressive aspect of that Munster triumph.

LISTEN to the full interview and Munster discussion here: 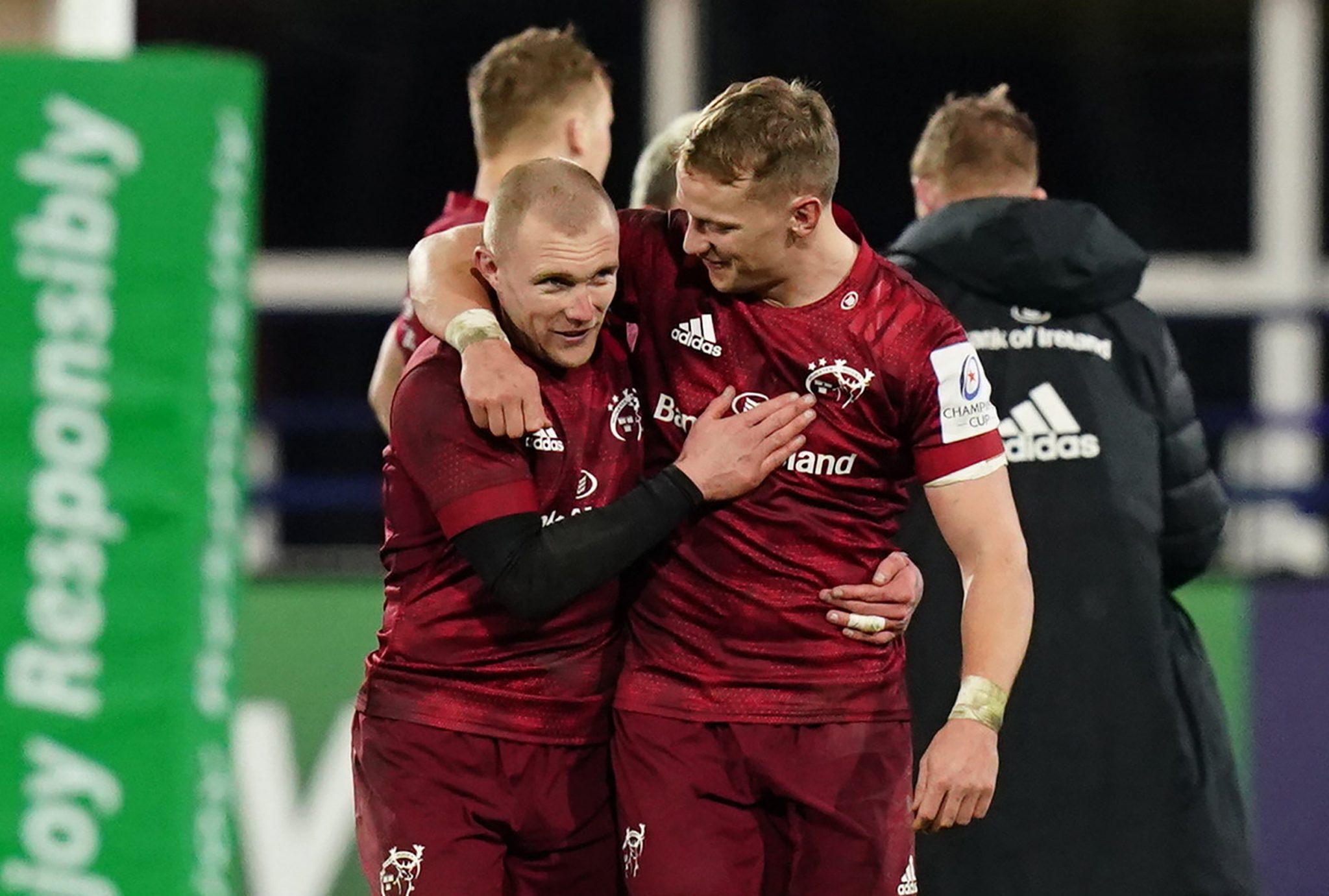 END_OF_DOCUMENT_TOKEN_TO_BE_REPLACED

"Not to take away from the achievement," said Madigan, "as it has obviously been fantastic, but with supporters not in stadiums, we are seeing more teams winning away from home in the competition than we usually would."

Munster rallied from 28-9 behind, after only 24 minutes, to win 39-31 and leave the French side with just a solitary point from the encounter. Madigan declared:

"Yeah, it was incredible... When you’re away from home and things aren’t going to plan, to still to be able to stick to your plan, like they did, and be able to slowly get yourself back into the game and build your momentum was vital.

"Quite often in sport, we see that when a team comes back from a big deficit and draws or goes ahead, they almost mentally switch off. What I found really impressive was, when they got back to level, or snuck their heads in front, the mental aptitude to finish it off was really, really impressive – ensuring that Clermont only got one bonus point."

Also covered on the latest House of Rugby Ireland episode:

popular
Parents left in shock after gorillas start mating in front of kids at zoo
Conor Mcgregor hit by car ‘at full speed’ while cycling
Harvard study reveals how many times men should ejaculate each month to stay healthy
Colin Farrell shouldn't win the Oscar this year
Close call as Paul McCartney tries to pose on Abbey Road crossing
The JOE Friday Pub Quiz: Week 331
DJ accidentally shoots herself in the face with a confetti cannon while performing
You may also like
6 days ago
How to make a healthy Spice Bag at home in 5 super easy steps
1 week ago
Guinness Open Gate Brewery has launched a new monthly Beer Club, introducing you to a world of flavours
2 weeks ago
Take on this Mystery Challenge to WIN a €500 Glamping voucher on Inis Mór Island
2 weeks ago
If you're looking for a career change in 2023, you won't want to miss these new job opportunities...
4 weeks ago
New year fitness goals? Lidl's got you covered
1 month ago
8 absolutely binge-worthy box sets to enjoy over the Christmas break
Next Page