PIC: A brilliant photo of John O'Shea wearing a Liverpool jersey as a schoolkid in 1990

Look at the head on him.

We've all done things when we were young that we're not very proud of and Ireland defender John O'Shea has his own cross to bear.

It turns out the former Manchester United stalwart and current Sunderland defender was a big fan of Liverpool back in the day.

JOE was sent this photo of the Irish legend taken at his school in Ferrybank in Waterford back in 1990.

If you can't pick O'Shea out of the class photo, don't worry because we've artistically circled him below here.

Let's zoom in a little bit to confirm that it is indeed O'Shea and that he's wearing the Liverpool jersey with Candy sponsorship. 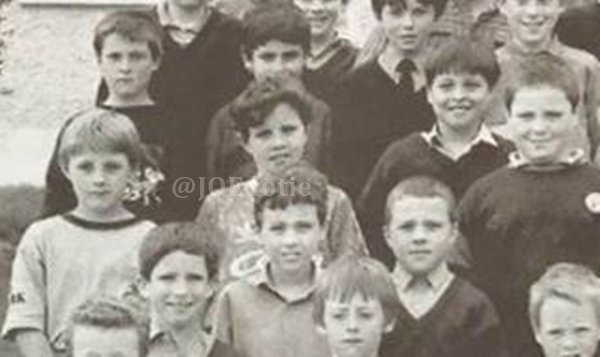 That kid ended up winning Premier League titles, winning the Champions League, nut-megging Luis Figo, captaining his country and scoring against the world champions on their home patch.

popular
QUIZ: Is your General Knowledge up to scratch?
QUIZ: Can you identify which of these countries have the colour white in their flag?
The JOE Music Quiz: Week 57
The 50 most iconic songs of all time* have been revealed
The JOE Friday Pub Quiz: Week 243
40 to 50 age group will be called to register for a Covid-19 vaccine next week
Gardaí seize phone of Dublin publican amid Leo Varadkar leak inquiry
You may also like
3 days ago
"Full scrutiny" to be given to proposal to extend Gardaí emergency powers in June
3 days ago
Four out of 148 Irish bathing waters identified as "poor"
3 days ago
Assassin's Creed director on why Ireland is the perfect setting for their new game
3 days ago
Penneys issues statement after shoppers try to sell appointments for €100
5 days ago
Tánaiste Leo Varadkar "confident" indoor dining may be able to return from July
5 days ago
No new deaths related to Covid-19 reported in Ireland, 381 new cases
Next Page