Football fans are a passionate bunch and they'll use any available opportunity to get their opinions across to their club's hierarchy.

Leeds United fans are particularly frustrated at the moment because they're languishing in the lower echelons of the Championship table. The ownership of the club is particularly thorny point, as lots of fans want rid of Massimo Cellino, or else they want him to invest in the club.

The owner isn't easily accessible, but his daughter's Instagram page is where one fan decided to try and get a message to Massimo. 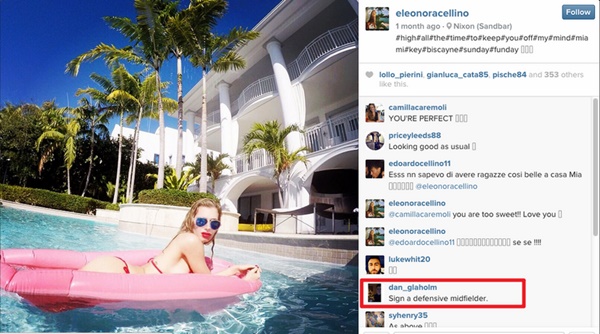 This appeared in an article on Vice recently and even though it's a few weeks old, it shows the hilarious desperation of the guy.

We don't think Massimo got the message.