Pic: Bad news folks. Looks like Ladies’ Day at the Galway Races is going to be a washout

Heading to Ladies’ Day tomorrow? Better bring the brolly or run for cover because the forecast ain’t good. It ain’t good at all.

Ladies’ Day is arguably the highlight of the Galway Festival in Ballybrit as girls from far and wide dress up to the nines and the fillies on the track aren’t the only ones that male race-goers want to keep an eye on.

As one of the wettest parts of the country, Galway Races regulars know that the heavens are likely to open at some stage and having already been subjected to a downpour today, it looks like there’s going to be more of where that came from for Ladies’ Day tomorrow.

END_OF_DOCUMENT_TOKEN_TO_BE_REPLACED

The latest rainfall radar on the Met Eireann website doesn’t look at all promising and while temperatures are likely to remain around the late teens to early twenties mark, heavy rain, thundery downpours and even instances of flash flooding have also been predicted. Balls. 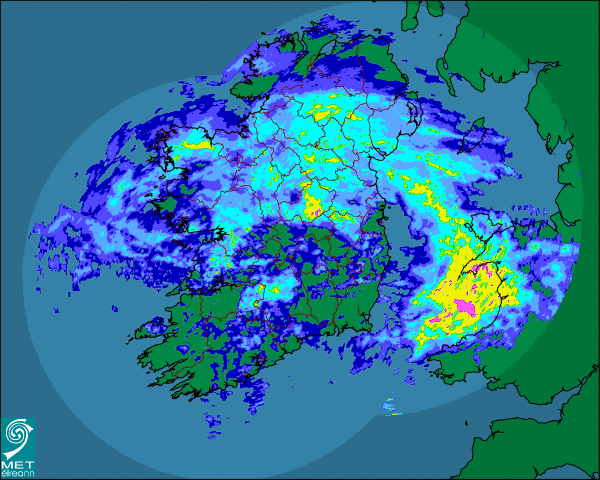 As we’ve discovered in recent weeks, everything is better when the sun is shining, but the weather won’t have too much of an impact on people’s enjoyment of the races in Ballybrit tomorrow or Blur’s much-anticipated gig in Kilmainham tomorrow night.

Might want to have the wet-weather gear handy though, because it could get messy.

popular
QUIZ: Can you name all the counties in Ireland without the letter 'E'?
Road Safety Alert issued as high temperatures continue across Ireland
Nearly 100 flights delayed at Dublin Airport on Monday
WhatsApp introduces way to choose who can and can't see you're online
QUIZ: Can you get top marks in this short but tricky Irish geography quiz?
RTÉ tries to solve Michael Collins murder in new documentary
Public urged to conserve water as around 60 areas at risk of supply shortages
You may also like
4 weeks ago
36 vacant properties nationwide to be re-developed into community hubs
1 month ago
Taoiseach condemns "disturbing" fight at Galway v Armagh game
1 month ago
Drogheda and Galway inner city named as worst places in Ireland for litter
2 months ago
Woman in her 80s dies after falling from building in Galway
2 months ago
Galway named one of the top 10 best European cities to raise a family
2 months ago
Met Éireann issue warning for potato blight this week
Next Page