Pic: Ever see a heavyweight boxer with wings before? Get a load of a very ripped Anthony Joshua

Either Anthony Joshua has been drinking a lot of Red Bull or doing a helluva lot of working out because, well, JESUS CHRIST!

We’ve seen a lot of ripped boxers (and we’re not talking about underwear) in our time but we don’t know if we’ve ever come across a specimen in as good nick physically as English boxer Anthony Joshua ahead of his professional debut against Emanuele Leo this weekend.

Joshua, who won a gold medal in the super heavyweight division in the Olympic Games last summer, certainly scrubbed up well for today’s weigh-in ahead of the fight in the O2 tomorrow night, so much so that he even seemed to have wings attached to his muscular torso.

Doesn't look like @anthonyfjoshua has cut any corners ahead of his debut. Pic courtesy of @ai_andyc #boxing pic.twitter.com/WMvz9wLHzb 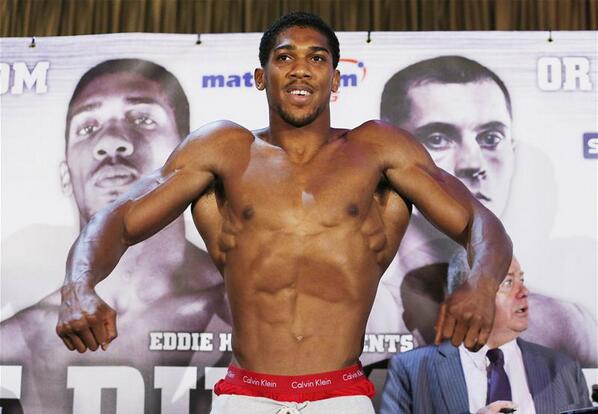 It’s obviously going to be a big night and a tough test for Joshua in his first fight as a professional but judging by how he compares to his Italian opponent, we reckon he might be alright... 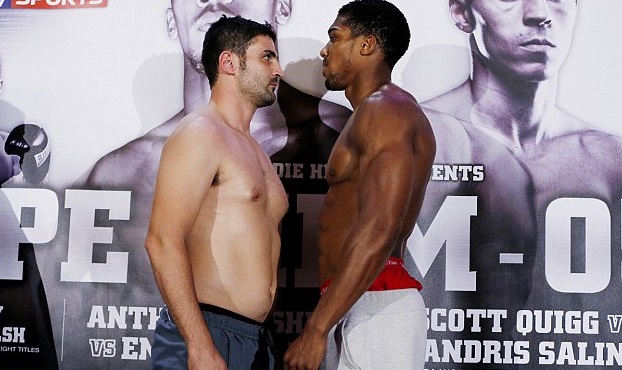 popular
The Toy Show DJ brothers have been offered their very first gig
Clint Eastwood's final western is among the movies on TV tonight
The JOE Friday Pub Quiz: Week 271
The full list of all the new shows and movies coming to Netflix in December
QUIZ: Let's get cracking with this General Knowledge Quiz
PCR tests to be required for all international arrivals to the UK
Ryanair's "virtue signalling" claims are indicative of Ireland's view on the Irish language
You may also like
3 months ago
Round up of the best tweets as Irish people all over the world celebrate Kellie Harrington's Olympic win
6 months ago
Brawl erupts between Floyd Mayweather and Jake Paul at press conference
10 months ago
Kate Abdo steals the show at Garcia-Campbell with bizarre compliment
1 year ago
Eddie Hearn heaps praise on Katie Taylor, calling her "the role model"
1 year ago
Mike Tyson reveals how he's been getting in shape for Roy Jones Jr fight
2 years ago
How boxer Tony Bellew lost a stone and a half after retiring from the ring
Next Page