Such a nice touch from the Arsenal midfielder.

Like most Irish boys, Jamie Wall was sport-obsessed and played his first football match in Oristown Co. Meath aged four before moving to Cork, where he rose through the minor ranks to play an integral role in the Rebel County's 2010 Munster championship success.

In the cruellest of blows, the Kilbrittain footballer saw his promising career cut short after being diagnosed with an epidural abscess on the spine, which has since left him paralysed from the midriff down. 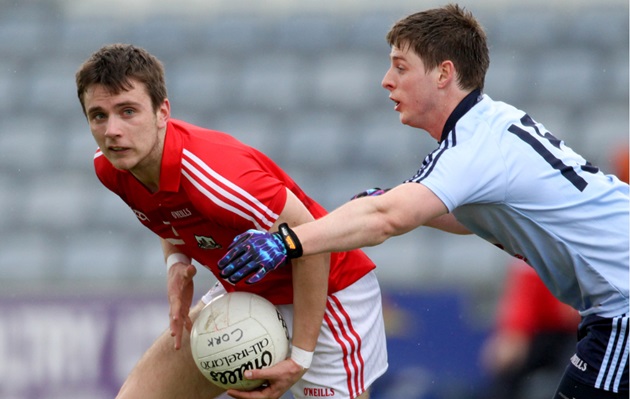 END_OF_DOCUMENT_TOKEN_TO_BE_REPLACED

Wall spent 8 months working on his rehab in hospital and his incredible endurance, strength and refusal to give up hope has not only inspired people in the GAA community but also one of the most well known midfielders in the Premier League also.

It seems that his incredible story has had an effect on Arsenal and England midfielder Jack Wilshere as seen in this wonderful message of support.

@friendsofJamieW @Jamwall7 Best wishes to Jamie in his fight to walk again. Never give up, Never Let Up

It seems that Jamie got back to Wilshere's tweet and this made us laugh. 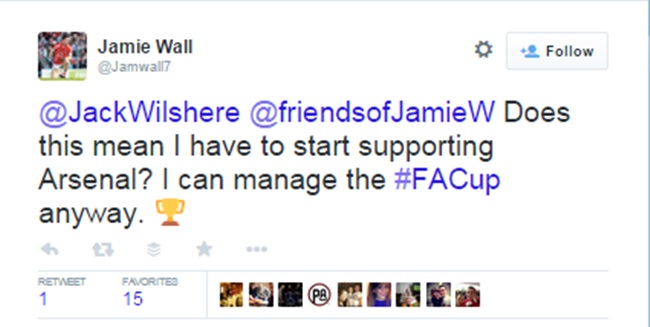