PIC: Robbie Keane’s Facebook tribute to Damien Duff would nearly bring a tear to your eye

Damien Duff announced his retirement from professional football this week and was the subject of a number of fitting and deserved tributes from those he encountered during a magnificent career at club and international level.

A two-time Premier League winner who played for Ireland 100 times, Duff in full flow was an electrifying sight and he was probably the most exciting player to have pulled on a green jersey in living memory.

Remember that display against Spain in 2002?

Like Duff, Robbie Keane made his Ireland debut in 1998 and the pair of them shared some brilliant times together in a green jersey, becoming the best of friends in the process. 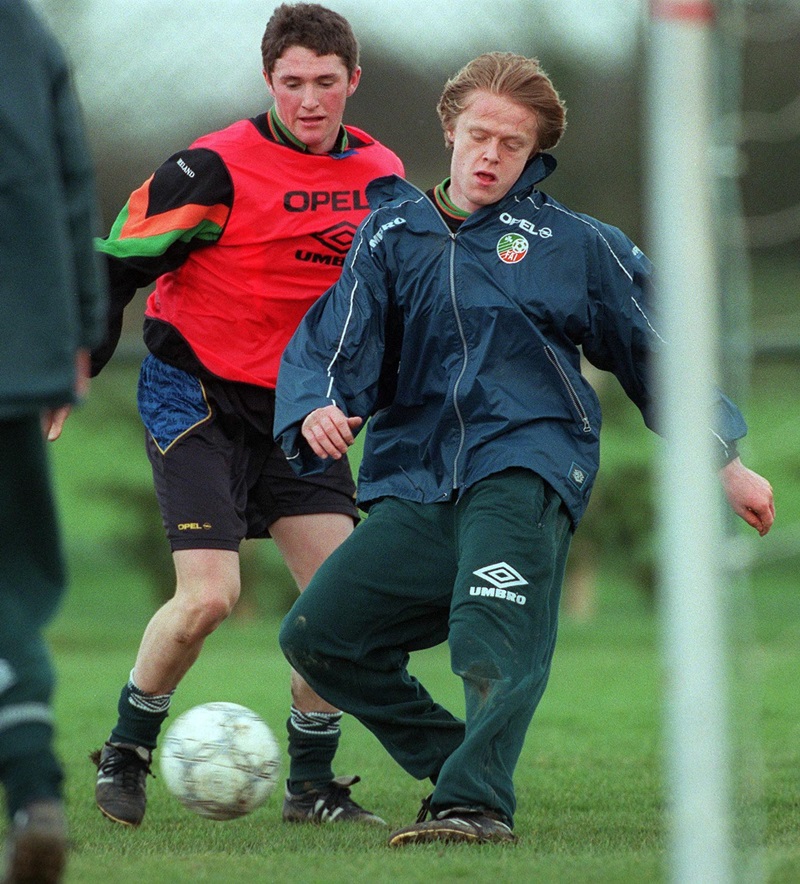 We’re not trying to make you even more emotional than you normally would be two days before Christmas, but Keane’s tribute to his old mate on his Facebook page last night would make a grown man well up inside.

It's been an absolute pleasure playing with one of my best mates for so many years! Duffer you will be truly missed!...

Well said Robbie and thanks for the memories Duffer.