PIC: These Dublin and Mayo auld fellas are the best of enemies, even after yesterday's game at Croker

Brilliant before and after pics...

Yesterday, a pair of die-hard GAA auld fellas were snapped together in Croke Park, one sporting a Mayo jersey and the other, the blue of Dublin.

We even featured them as the lead image on one of our articles...

END_OF_DOCUMENT_TOKEN_TO_BE_REPLACED 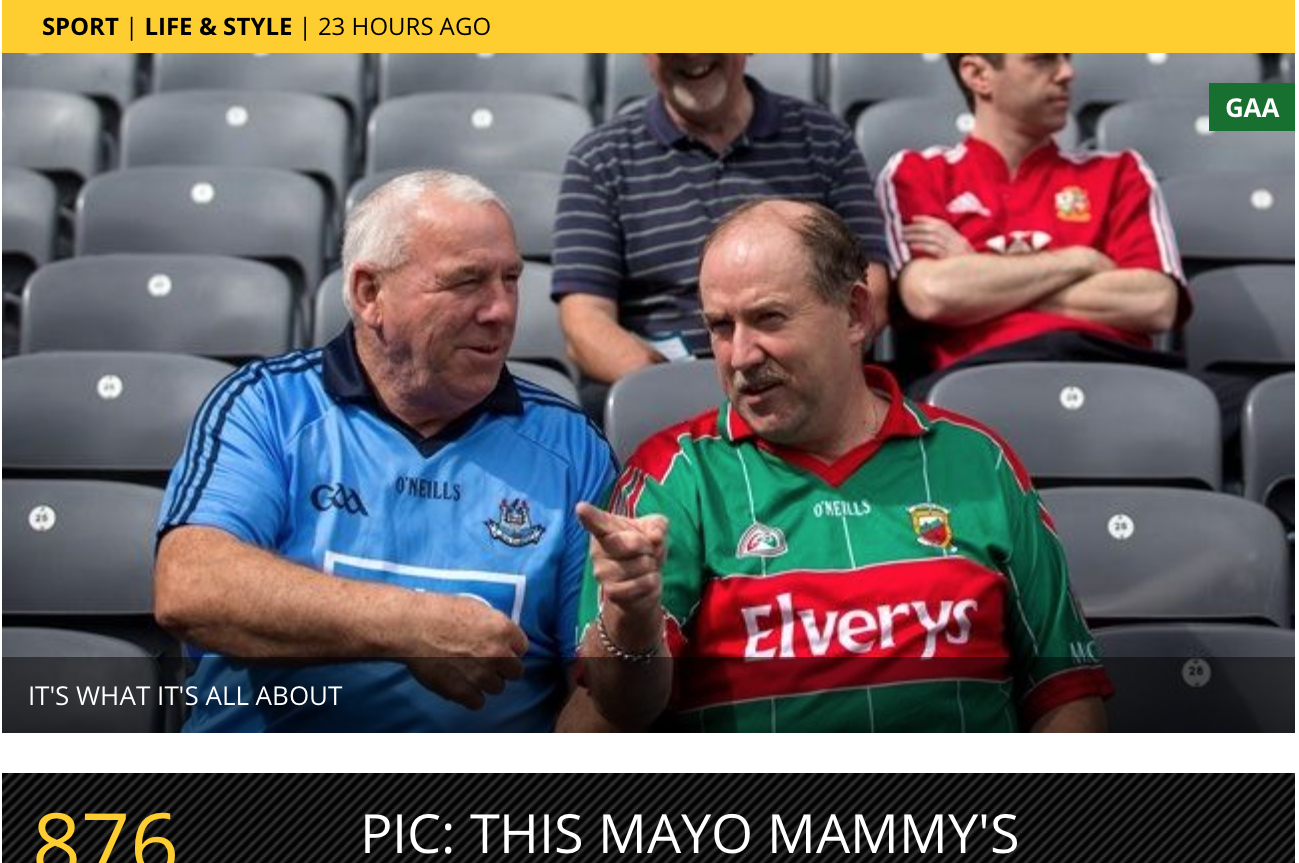 It turns out that the pair are called Dave Hall and Pat Lynchehaun, and they're known to frequent The Balscadden Inn in North Co. Dublin. They're as thick as thieves and are the best of friends, except when it comes to one subject... GAA.

While the duo were snapped sitting jovially together before the game, they decided to show barman Mark Curtis at the Balscadden Inn that they won't be quite as nice to each other all of the time, especially as the match is going to a replay next week. 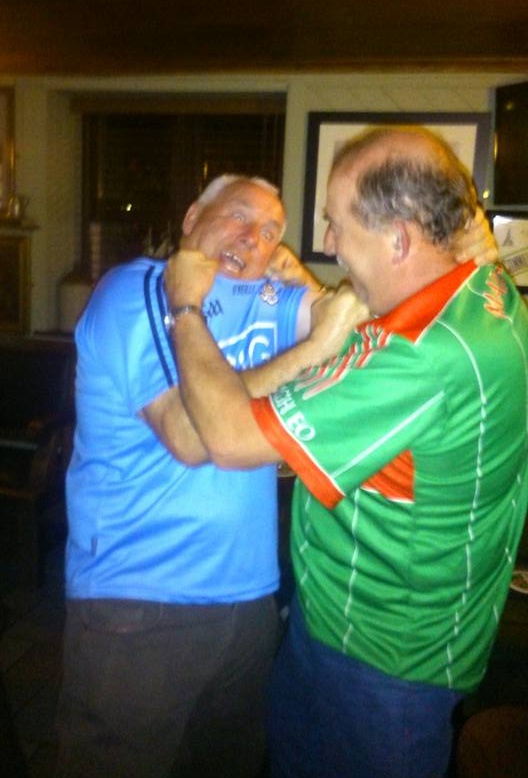 Obviously it's all taken in good sport, but it's great to see a bit of friendly rivalry in action and we're sure that Dave and Pat won't let a little thing like GAA get in the way of their friendship.

Thanks to Donnacha McCormack for the info on this great story.

The Big Reviewski || JOE · The Big Reviewski with Y: The Last Man, that Malignant ending & a secret streaming service
popular
Seven people hospitalised after huge fight at Tuam cemetery
One of the most-anticipated movies of the last few years is finally available to watch at home this week
Kings of Leon announce first Irish shows in five years
Retail billionaire calls on unvaccinated people to be banned from shopping centres
There's some lovely weather in store this weekend, but better make the most of it
Revolut finally rolls out feature which allows users access wages before payday in Ireland
Government announces special €1,860 payment for laid-off workers during pandemic
You may also like
3 days ago
Gardaí arrest woman (18) on suspicion of serious assault of a man (30s) in Limerick
6 days ago
Take a look inside the five most expensive homes sold in Dublin this month
1 week ago
Missing person search stood down after body of a woman found in River Dodder
1 week ago
Mayo man giving people the chance to win a Dublin city penthouse for just €58
2 weeks ago
Pedestrian seriously injured after road collision with truck in Dublin
3 weeks ago
Ireland's population has topped 5 million for the first time since 1851
Next Page