The Beatles' Abbey Road has one of the most iconic album covers of all time, but I'm sure at one point or another we've all had the same thought: "not really enough GAA in that picture is there?"

Fiachra Landers and his mates, living in London now, decided to make their dream a reality by sticking on their jerseys, gathering up their hurlies and recreating the universally-known image.

Safe to say, they absolutely nailed it. 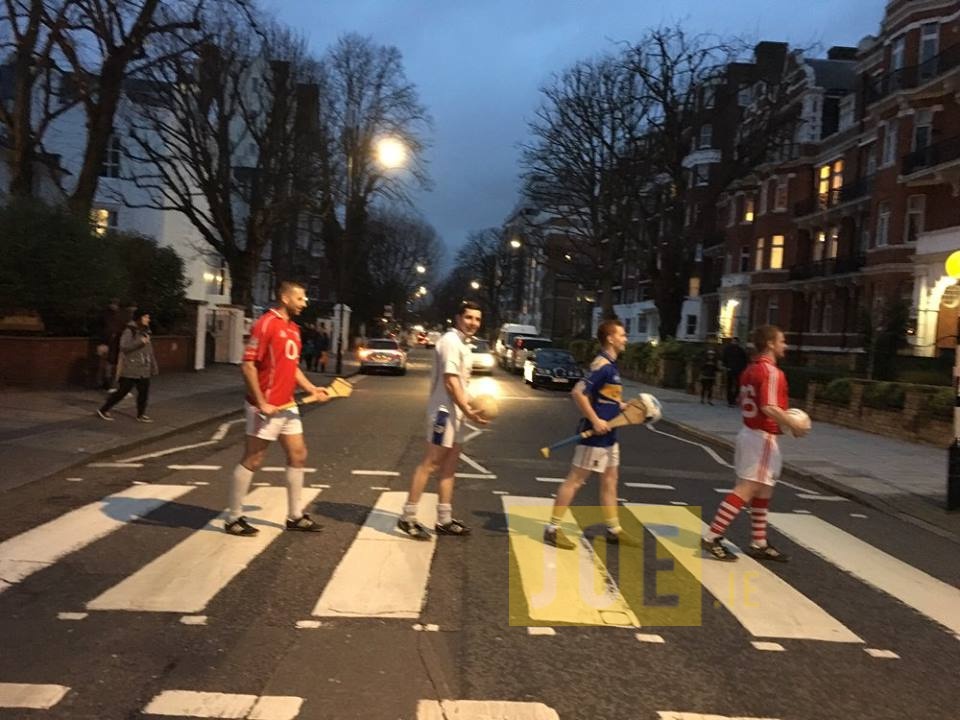 So that's George and John in Cork jerseys, Ringo is a Tipp man and Paul McCartney is a Lilywhite.

popular
Amazon Prime Video has just added 21 big movies to its library
The 50 most iconic songs of all time* have been revealed
One of the best crime thrillers ever is among the movies on TV tonight
Here is a list of every Bank Holiday in Ireland in 2023
Mark Hamill on the one piece of dialogue he got removed from the original Star Wars
The Last Of Us Episode Five will premiere days earlier in Ireland and UK
Netflix has just added one of the best sci-fi movies of recent years
You may also like
3 months ago
Brendan Óg Duffy's father speaks powerfully about his son's death
3 months ago
Gardaí investigating alleged assault on under-9 GAA player at children's sports event
5 months ago
Roscommon GAA confirms investigation into alleged assault on referee during juvenile game
6 months ago
Looking for a hotel room for the All-Ireland Final weekends? It won't come cheap...
7 months ago
Taoiseach condemns "disturbing" fight at Galway v Armagh game
8 months ago
The 2 Johnnies share unbelievable catfish ordeal affecting over 40 people
Next Page