PICS: This gruesome hurling injury is not for the faint-hearted

Don't look at this image if you want to eat anytime soon...

We thought we'd seen the worst GAA injury last month when we were presented with this absolutely horrible hand injury.

But now, we're not so sure anymore...

END_OF_DOCUMENT_TOKEN_TO_BE_REPLACED

Johnny Clancy was playing for Tramore in a hurling game against Erin's Own in Waterford at the weekend when he suffered this horrific injury to his ear.

Johnny was striking a ball from midfield when his opponent attempted to hook him and ended up clipping his ear with the hurl.

The end result is rather graphic... you've been warned. 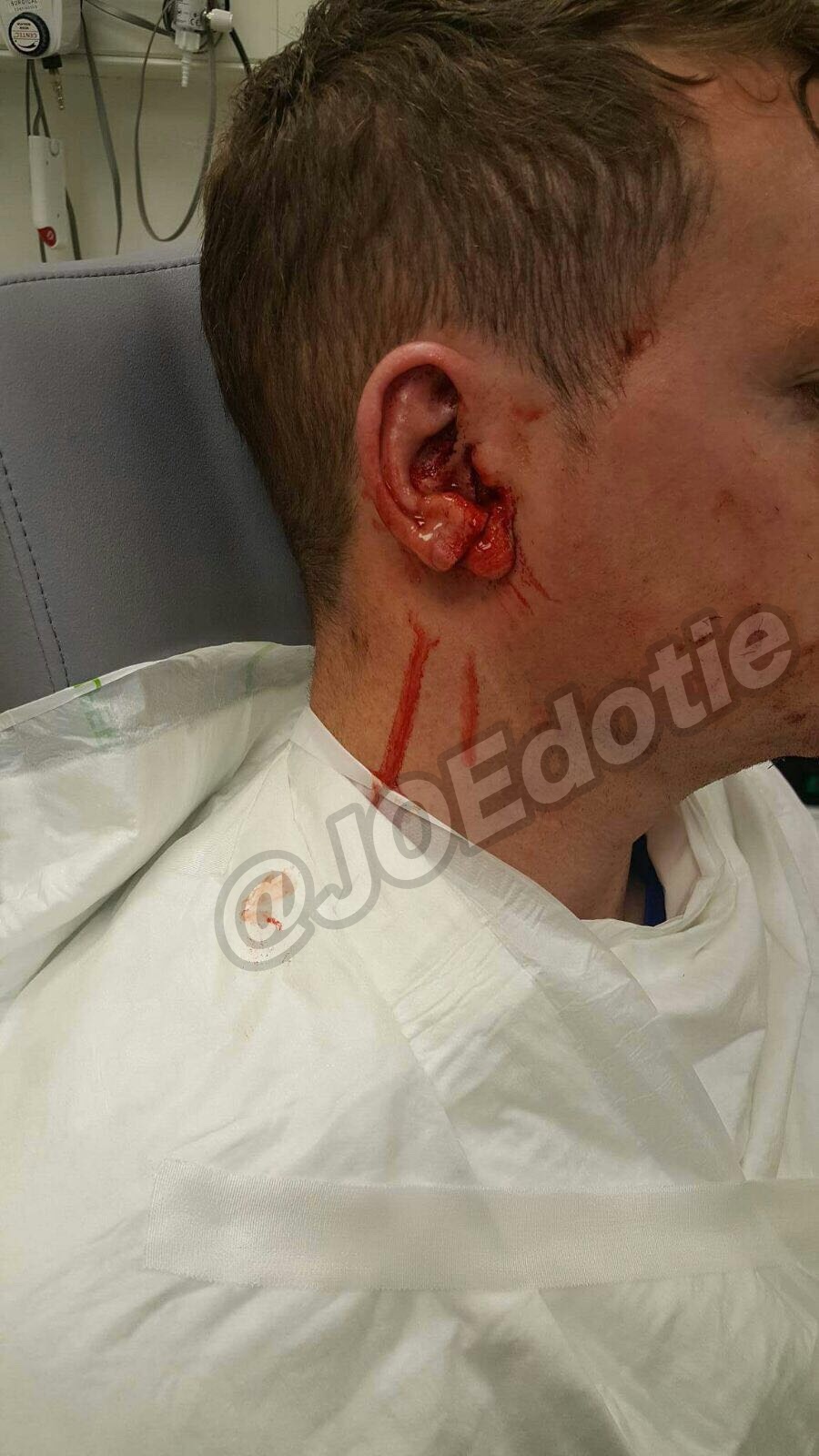 Thankfully, 14 hours and 20 stitches later, Johnny was well enough to make a trip to Limerick to watch the Munster Final... although he may wish he hadn't after the result that followed.

They must be cursed in Tramore at the moment, as another of their players, Mattie Thompson, suffered a broken thumb in a game the week before... 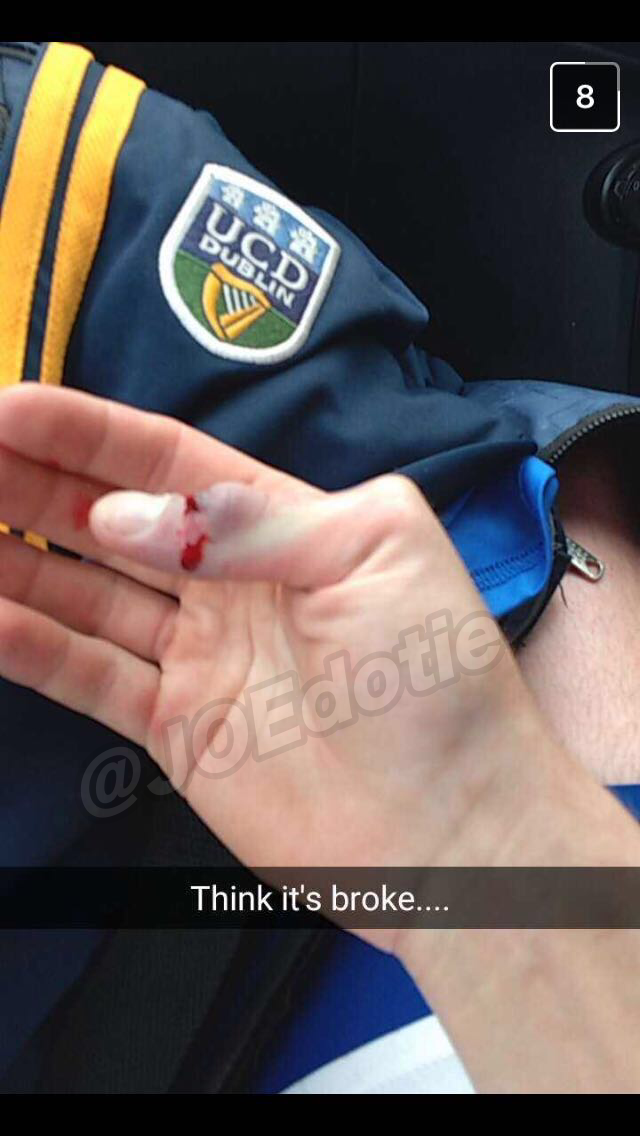 The bad news is, they've got championship coming up next weekend.

Thanks to Tomas Brady for sending this our way. If you have something you would like to share with us, send it to our WhatsApp number 087-4001102, editorial@JOE.ie or hit us up on Facebook or Twitter.

The Big Reviewski || JOE · The Big Reviewski with Dune, a mini-Hangover reunion & the best of Timothée Chalamet
popular
The JOE Movie Quiz: Week 125
One of the best thrillers of the decade is among the movies on TV tonight
Report: Crew left Alec Baldwin film set in protest before fatal shooting
This weekend's gig in the 3Arena proved that Ireland is ready to dance again
Gardaí renew appeal to help identify human remains found on Wexford beach in 1995
The JOE Friday Pub Quiz: Week 266
The JOE Music Quiz: Week 78
You may also like
1 week ago
Wicklow GAA to investigate fight after Under 15 match on Saturday
1 year ago
Post-match celebrations and a lack of social distancing at certain events put club game on hold
1 year ago
Cork GAA pleads with clubs and supporters “not to engage in celebrations that breach current guidelines”
1 year ago
What's the Bronco test and why it may come up in conversation this week
1 year ago
The Andy Moran GAA Isolation Workout
1 year ago
SuperValu, Centra and the GAA team up on initiative to support elderly people
Next Page