Real Madrid v Bayern Munich - the tale of the tape

Real Madrid take on Bayern Munich in the Champions League semi-final first leg tonight and we here at JOE are a little bit giddy at the prospect.

It's safe to assume that many people believe this is the pairing that would have graced the final in May, but instead, two juggernauts of European football go head-to-head for a place in the Lisbon showpiece. It's a fascinating tie in prospect with a plethora of world class talent on view for both sides.

The list of chief protagonists reads like a who's who of the best footballers in the world; Ronaldo, Robben (pic below), Bale, Ribery, Isco, Schweinsteiger, Benzema, Mandzukic and many more. 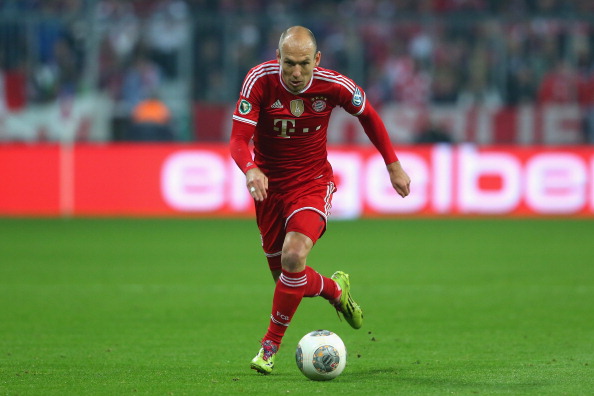 Incredibly, this is the sixth time the two sides have met at the semi-final stage and in the previous five encounters, it is the German side who hold the upper hand with four victories to one. Bayern have beaten Madrid in 1976, 1987, 2001 and 2012 with the Spanish side's sole win coming in 2000. The most recent win for Bayern in 2012 was a dramatic encounter as the match went to penalties following a 3-3 aggregate draw. Bayern Munich won 4-3 on penalties as both Ronaldo (pic below) and Sergio Ramos missed for Los Blancos. 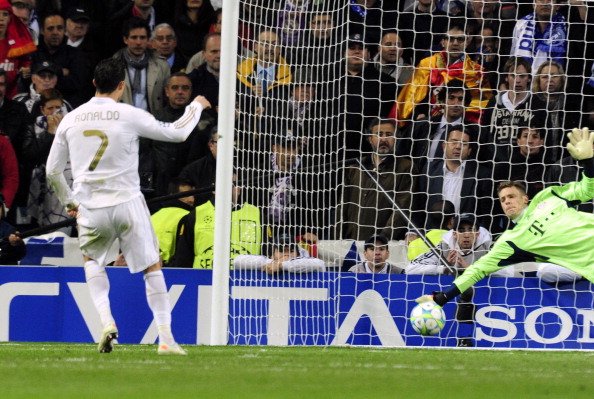 Tonight's game is set-up nicely as both sides are in imperious form; Madrid are unbeaten in 17 home matches in the Champions League whereas Bayern are unbeaten for their last ten away matches.

Real Madrid, of course, have won the tournament more times than anyone having won it nine times, but the Germans are closing in on five following last season's win against Borussia Dortmund in the final at Wembley.

END_OF_DOCUMENT_TOKEN_TO_BE_REPLACED

So far this season, both sides are scoring for fun in Europe with Madrid scoring an impressive 32 goals from 165 attempts on goal and Bayern notching 24 goals from 195 attempts. This shows that the Spanish club are probably more lethal in their finishing, but it's also a reflection of the amount of possession Bayern secure which invariably leads to attempts on goal.

Bayern have an average of 65% possession in this season's tournament, with Madrid coming in at 54%. As  a result, Madrid will no doubt be happy to let Bayern have the ball and will sit back hoping to hit them on the break with one of their devastating trademark counter-attacks. 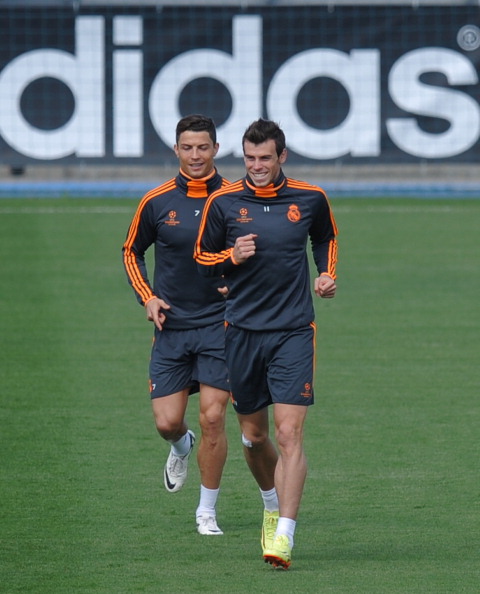 There are some doubts around the fitness of Ronaldo and Gareth Bale (pic above), but both are expected to play tonight. Bayern will be at pretty much full strength for the tie and we just cannot decide who to plump for here.

We're hoping it's nothing like the other semi-final and that no buses will be parked anywhere on the pitch. It's got all the ingredients to be a classic and if y0u were to really force an answer out of us, we think, over two legs, Real Madrid will prevail. Maybe on penalties!


popular
Met Éireann says there's a risk of snow for parts of Ireland this weekend
QUIZ: Can you guess the pixellated movie posters?
QUIZ: Can you name all these European countries just from their vowels?
Teenager arrested in relation to death of Cameron Blair at a house in Cork
Aldi to recruit 550 new staff and implement living wage rate for employees
Here are Ireland’s favourite takeaways, as per the National Takeaway Awards
You may also like
2 weeks ago
The EA SPORTS™ FIFA 20 Team of the Year has been revealed
2 weeks ago
WATCH: Clinton Morrison stole the show doing punditry this weekend with a moment of brilliance
1 month ago
Here's how you can vote for EA SPORTS™ FIFA Team of the Year
1 month ago
The JOE Friday Pub Quiz: Week 169
1 month ago
Football, beef and the IRA - RTÉ's documentary on League of Ireland players in Libya looks great
3 months ago
Post-match analysis of the Rebekah Vardy/Coleen Rooney beef
Next Page