RTÉ have announced their panel of pundits for the World Cup

We're not far away now.

The World Cup is now only a week away, and if you're anything like us, you're going to be glued to your TV screens for the forseeable future.

For some parts of the group stages, there will be three or four games a day. So you have an incredibly important decision to make - what channel are you going to watch?

END_OF_DOCUMENT_TOKEN_TO_BE_REPLACED

ITV will have Roy Keane and Martin O'Neil on some of their panels, so there's bound to be some craic there, and probably some anecdotes from the Irish national team.

BBC have pulled out all the stops, adding huge names such as Didier Drogba and Rio Ferdinand to the already impressive list of regulars. Hosted by Gary Lineker, you're always sure of a smooth running show, and there's the beauty of them not showing any ads.

But RTÉ have their own strong points. First of all: Eamon Dunphy will say absolutely anything. Sure just look at him effing and blinding during the last World Cup. 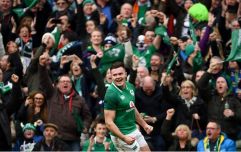 END_OF_DOCUMENT_TOKEN_TO_BE_REPLACED

But Dunphy's lunacy aside, they actually have some really good pundits. 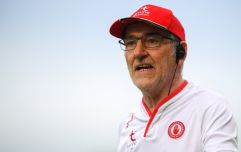 END_OF_DOCUMENT_TOKEN_TO_BE_REPLACED

Richie Sadlier is up there with the best pundits around, Damien Duff is learning the ropes very quickly and we can now look forward to the dulcet Donegal tones of Shay Given, who has just been added to the panel.

Given and the USA women's team goalkeeper Hope Solo are among the new additions to the panel.

As well as them, we have the usual suspects in Liam Brady and Didi Hamann with somewhat new faces in Keith Andrews, Richard Dunne and Michael O'Neil.

Plus, the best commentator in the world Brian Kerr will be there. You don't want to miss him, surely?

It should be interesting to see how they get on.

popular
Katherine Ryan says famous TV star is a ‘predator’ and everyone in industry knows
20 years ago, one of the best sci-fi movies of the 21st century was a box-office bomb
QUIZ: Only the sharpest will get 100% in this General Knowledge test
Angle grinder used to steal safe from security van in Dublin
The JOE Friday Pub Quiz: Week 322
The JOE Movie Quiz: Week 181
David Walliams reportedly quits Britain's Got Talent after making offensive comments about contestants
You may also like
1 month ago
Taoiseach says he "got it wrong" about unaired Shane Ross interview
1 month ago
Worst crash in Irish aviation history to feature in new RTÉ documentary
2 months ago
Monday Night Live is coming to RTÉ next month
3 months ago
RTÉ tries to solve Michael Collins murder in new documentary
4 months ago
Here are the most-watched TV programmes on RTÉ in 2021
5 months ago
Body of a man found on RTÉ campus in Dublin
Next Page