The Man United manager might not be in the job for much longer if reports are to be believed and though the current situation isn’t entirely his fault, he hasn’t helped himself either.

Ahead of the Red Devils’ Champions League clash with Olympiacos at Old Trafford tonight, reports suggest that patience with Moyes is wearing thin and that he could be out of the job as early as next week if there’s not a dramatic change in fortunes at Old Trafford.

Succeeding Alex Ferguson would have been a difficult task for any manager and the squad Moyes inherited was hardly world-class, but he has to bear some responsibility for the mess the Premier League Champions find themselves in at the moment. Here are seven things we believe he has got wrong to date.

END_OF_DOCUMENT_TOKEN_TO_BE_REPLACED

Let’s face it, any incoming manager at Manchester United would have spoken highly of the history of the club and paid homage to the man who had been in the hot-seat for the past 26 years, but rather than be inspired by the prospect of managing one of the biggest clubs in the world, Moyes seemed over-awed by it.

Moyes’ account of his meeting with Ferguson prior to accepting the job (or basically being told he was being given the role), was slightly cringe-worthy at times and his public utterances last summer followed suit.

There was little sign of a man who had the presence and stature required to take on a job of such significance and there has been little evidence to suggest otherwise since.

Severing all links with the previous coaching staff

END_OF_DOCUMENT_TOKEN_TO_BE_REPLACED

Every manager is entitled to appoint a coaching staff with whom he’s comfortable, but in making such a giant leap from Everton to Manchester United, Moyes should possibly have realised that he needed a few members of the old regime around to smooth the transition.

After all, Alex Ferguson is said to have had little input into training, particularly in recent years, and Rene Meulensteen in particular was spoken of in high regard by the United playing staff. Although Moyes is thought to have tried to persuade Meulensteen to stay, unsuccessfully, anecdotal reports that United’s medal-laden squad have been far from impressed with the current set-up have been borne out by the performances on the pitch.

Failure in the transfer market

END_OF_DOCUMENT_TOKEN_TO_BE_REPLACED

United’s disastrous experience in the transfer market last summer wasn’t entirely Moyes’ fault, but with signs that the squad needed an overhaul evident well before he took over, his lack of conviction when action was required and public pursuit of high-profile targets that always seemed unlikely to move (particularly Cesc Fabregas) spoke of desperation on United’s behalf. 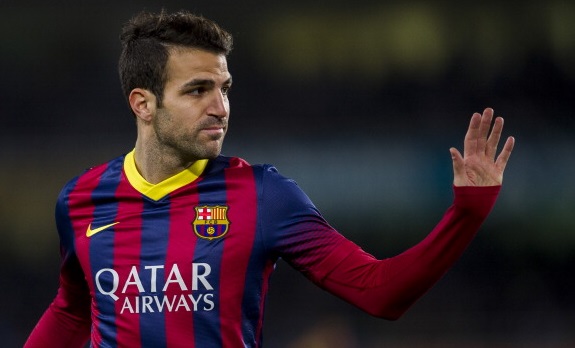 That was before a farcical final day that involved a bogus pursuit of Athletic Bilbao’s Ander Herrera and paying over the odds for a player who hasn’t nearly justified the price since. Moyes has put a lot of time and effort into spotting potential summer recruits but it’s looking increasingly as if he’ll have no role to play in deciding the ins and outs at Old Trafford this summer.

Failure to impose a distinctive style of play

Perhaps the most damning thing about Moyes’ reign to date is there has been absolutely zero evidence of him trying to impose a particular style of play at Old Trafford, something that has been exacerbated by a clear change in direction by his successor at Everton, Roberto Martinez, who has been the subject of fulsome praise from many of the players Moyes managed at Goodison Park.

United have looked rudderless, completely lacking in purpose and direction and have been almost non-existent as an attacking threat while at the same time looking shambolic in defence on numerous occasions.

Much has (rightly) been made of the emphasis on repetitive crossing from wide areas and the failure to get the best out of players of the quality of Wayne Rooney, Robin van Persie, Adnan Januzaj and Juan Mata, who have been made to look ordinary in recent weeks.

During his time at Everton, Moyes was praised for his ability to react to situations on the pitch, but there has been no sign of that so far.

Despite it being clear as muck to anyone watching that a change in approach was required, Moyes waited until the last 20 minutes to shake things up against Liverpool on Sunday and United have struggled badly against any opposition team who have taken the lead against them so far this season, much to the chagrin of the supporters waiting for a trademark comeback.

Dealings with the media

Uninspired by what they’ve seen on the pitch, United fans have been further uninspired by what they’ve heard from the United boss in public. Excuse after lazy excuse has been trotted out in an attempt to explain below-par displays and words like ‘try’ and ‘hopefully’ have become de riguer in recent weeks as he attempts to explain how he’s going to put it right. Hardly rallying the troops is it?

Furthermore, working in the media we’d never condone disclosing the truth or anything like that, but was there really a need for Moyes to reveal that Shinji Kagawa had to have his stomach pumped after eating too much food earlier in the season. Would the simple ‘stomach bug’ not have sufficed?

We don’t like going down the whole ‘What would Alex Ferguson have done?’ route, but certainly Fergie and indeed any manager worth his salt would not have tolerated some of the behaviour at Old Trafford this season. 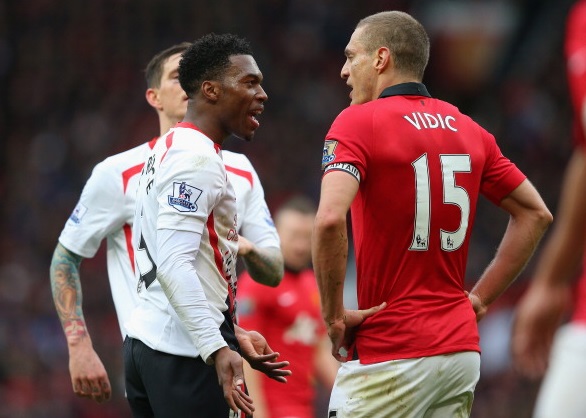 Nemanja Vidic has hardly covered himself in glory in recent weeks

Some of Rio Ferdinand’s public comments (and cryptic tweets), for example, merited further censure and although he was out of contract anyway, there was something not right about Nemanja Vidic being pictured signing a contract with a new club while he was still captain.

Javier Hernandez’s mysterious social media posts about his future have gone unchallenged, while Robin van Persie should probably have been dropped by now given his ridiculously petulant behaviour in the last few weeks.

Some praised Moyes for his handling of the Wayne Rooney contract situation but United had been backed into a corner given their stance on Rooney in the summer, with the end result that he has ended up with a lucrative contract that he is arguably undeserving of and wields more influence than anyone should at a club of Manchester United’s size.

An emphatic demonstration of his authority would have been welcomed in any of the cases mentioned above, but like so many things, it has been sadly lacking from Moyes’ reign so far.