"Right now, no-one's stepping in the ring with auld Sheamie. The world's getting softer, mate, is all I'm saying!"

Sitting proudly behind the WWE United States Championship belt and, just as proudly, in his Bohemians jersey, Sheamus is in his element.

"Oh yes," he says as the jersey is recognised. "Des Kelly carpets, too. Representing!" 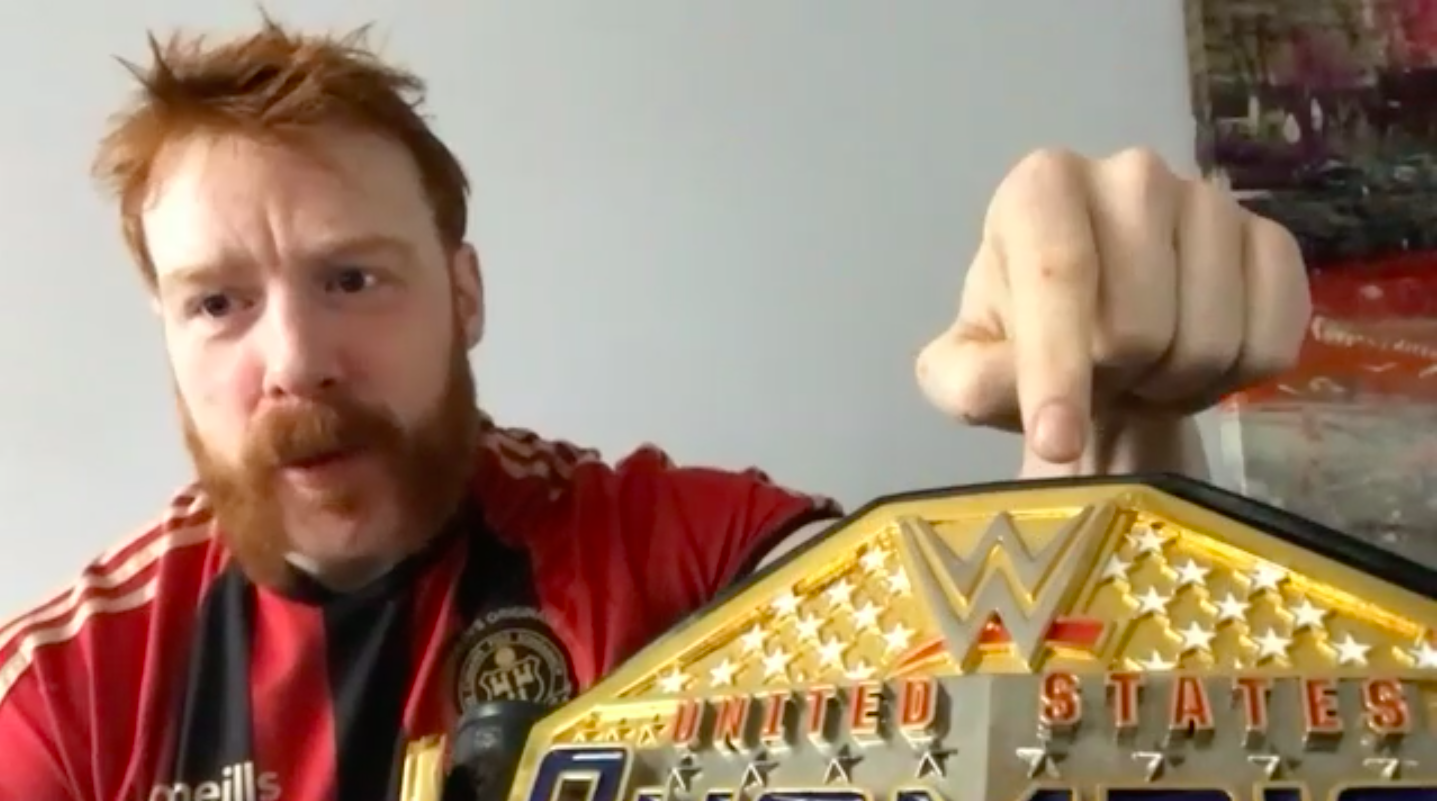 END_OF_DOCUMENT_TOKEN_TO_BE_REPLACED

Having won the belt at Wrestlemania 37, earlier this month, and still booking main event fights in his 15th year with the promotion, working life is going well for the Cabra native.

If only he could book a trip home soon and Liverpool would abstain from plotting Super League breakaways ["an absolute shambles, man!"] life would be perfect.

"The last time I was home was March of last year. I got to meet my nephew, Theo, and I think he was only a couple of weeks old. Now, he's getting as big as a house. That's 14 months now. So I'm dying to get home and see him, and see my family as well.

"I get my second dose of the vaccine next Tuesday. I'm just hoping that if you get vaccinated and head home, that you don't have to quarantine for long, because it'd be good to get back, even for a few days. You get that six days off between tapings [for RAW] so I'd love to get back. I really miss my family. It's been tough." 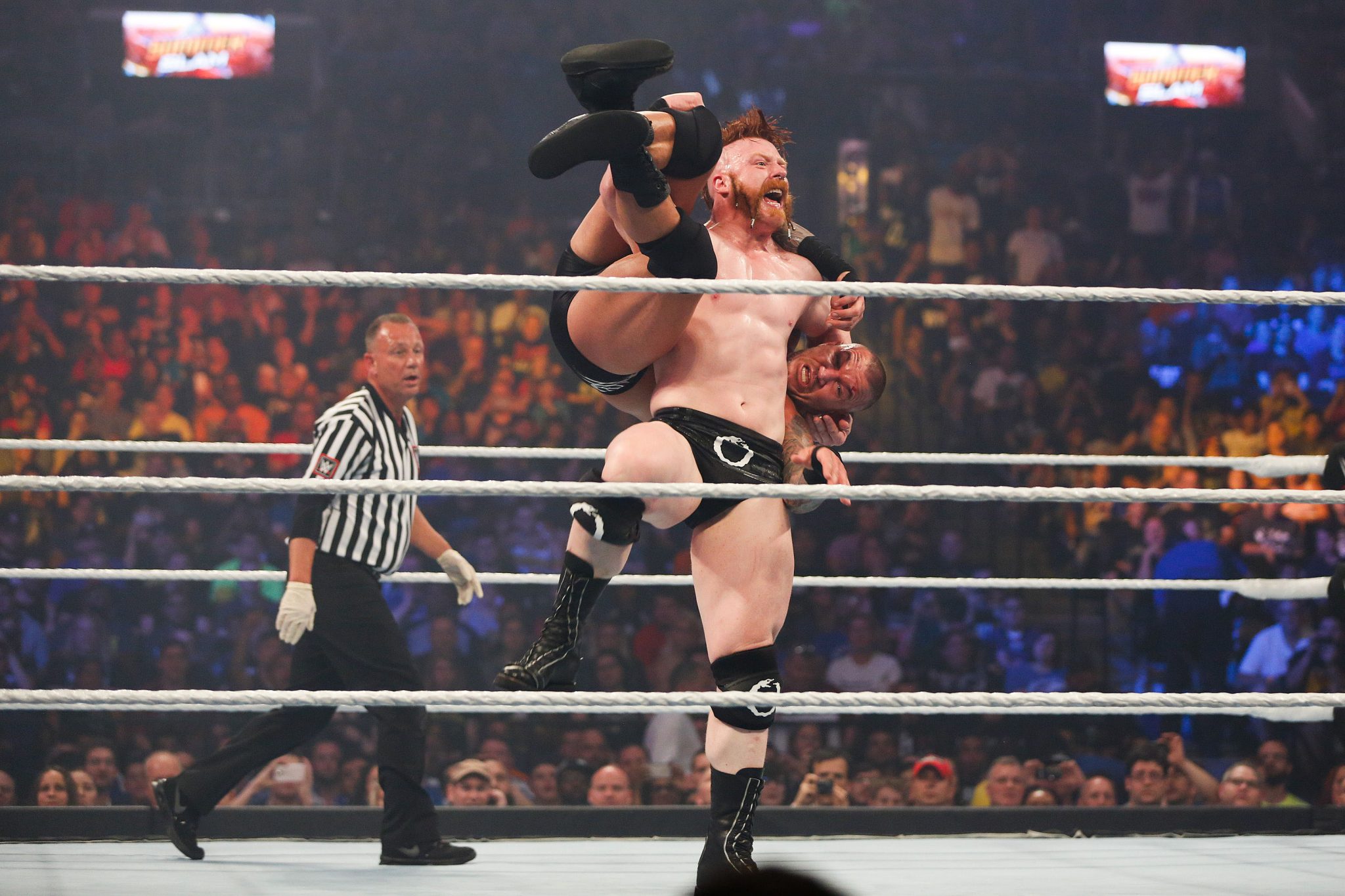 END_OF_DOCUMENT_TOKEN_TO_BE_REPLACED

Sheamus [Stephen Farrelly] is chatting with us as part of a push to let the Irish public know that WWE's RAW and Smackdown shows are now available on Virgin Media, on Saturday and Sunday mornings.

The move to terrestrial TV, in Ireland, means great visibility for the promotion, and their talent. Given that he got into wrestling from an early age, Sheamus is only too happy to reminisce about his World Wrestling Federation heroes, growing up.

"The next generation of Irish WWE stars will come from watching us on telly," he says. "Same as me. I started off watching Wrestlemania 3 on a VHS tape when we were living in Dunboyne, County Meath.

"My dad brought two tapes of it back from the gym, because we didn't have anything Cablelink-y out there. We were lucky to have four channels, or whatever it was!

"I never stopped loving WWE, but every Saturday morning, before I made the decision to do this, I'd watch Smackdown. Because I'd be working the doors [as a bouncer] the night before. It brought home to me that I need to do this. I never lost that passion for it." 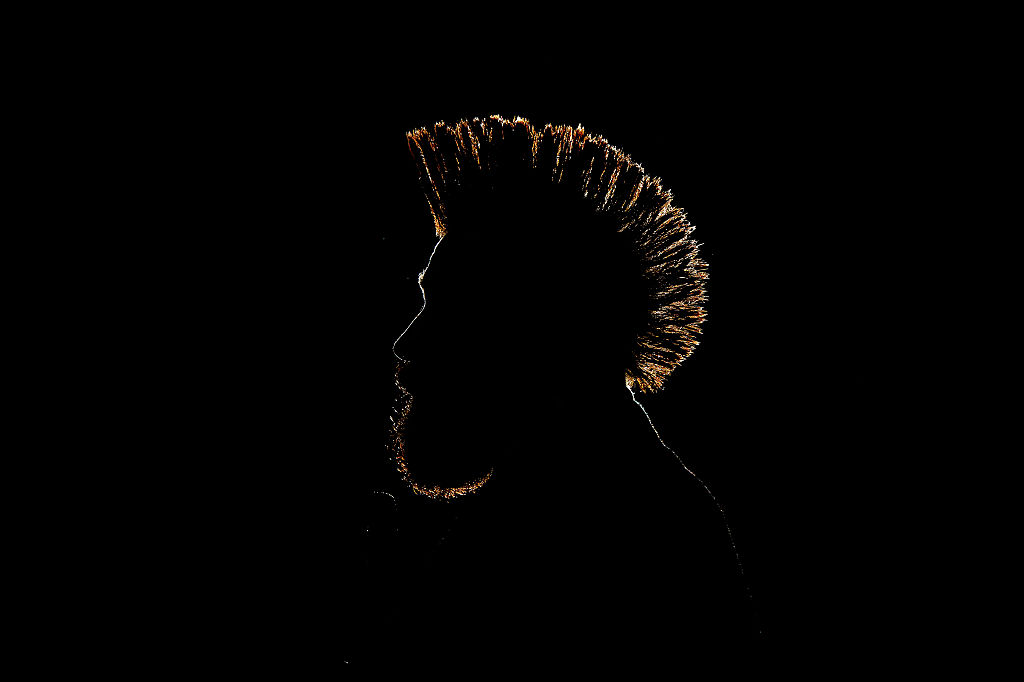 Sheamus, pictured at the Savoy Cinema, Dublin in 2016. (Photo by Charles McQuillan/Getty Images for Paramount Pictures)

Going back to before he made his debut in Irish Whip Wrestling, back in 2002, he had three idols that made a big impression.

"The first one I loved was 'Macho Man' Randy Savage, then The Ultimate Warrior, and then Bret Hart. When I was younger, they were the three I was really into.

"Macho Man is my all-time favourite. He had so much charisma and was ahead of his time. He went to the top rope a lot and had so many exciting matches.

"Warrior, after that, because he had so much intensity - running into the ring and shaking the ropes. It was awesome. I like Bret, in the Hart Foundation and when he was solo, because his technical wrestling was so good."

After making his WWE debut at a 2006 event in Manchester - playing part of a security team that tried to eject 'D-Generation X' from the building, only to get roughed up by Triple-H.

It would take another three years of grind, based mainly over in Florida, for Sheamus to truly make his mark in the biggest wrestling promotion in the game. 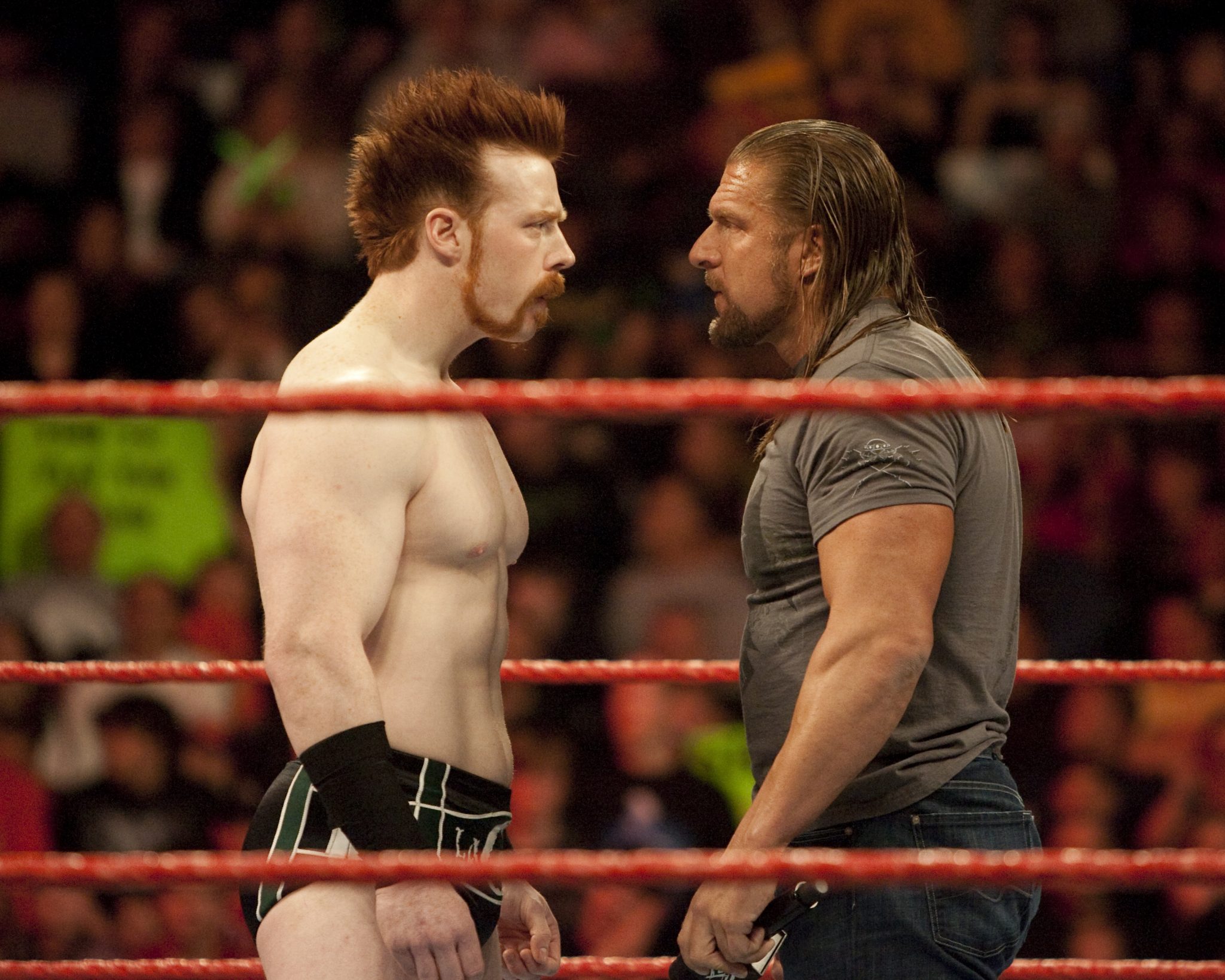 He showed up on RAW in October 2009, quickly found himself in a feud with John Cena and won his WWE Championship belt by mid December. After that lightning start, he barely looked back.

In those early years, he credits two three men - one of them who was a WWE veteran from County Antrim - for really helping his development.

"First of all," he says, "William Regal was the guy I rode with. He'd watch my matches and give me feedback.

"Triple H, too. I went to my first Wrestlemania with him. He was always good for watching my matches and giving me feedback."

"Fit Finlay," he adds, "was great for me, and was my biggest influence. Drew McIntyre would tell you the same thing. He's basically a genius when it comes to what he do. He's always got great ideas and is so creative.

"He's always thinking outside the box. He definitely inspires a more aggressive and realistic style to his wrestlers, and it's something I've tried to do over my career. He's such a big influence, and one of my best mates over there." 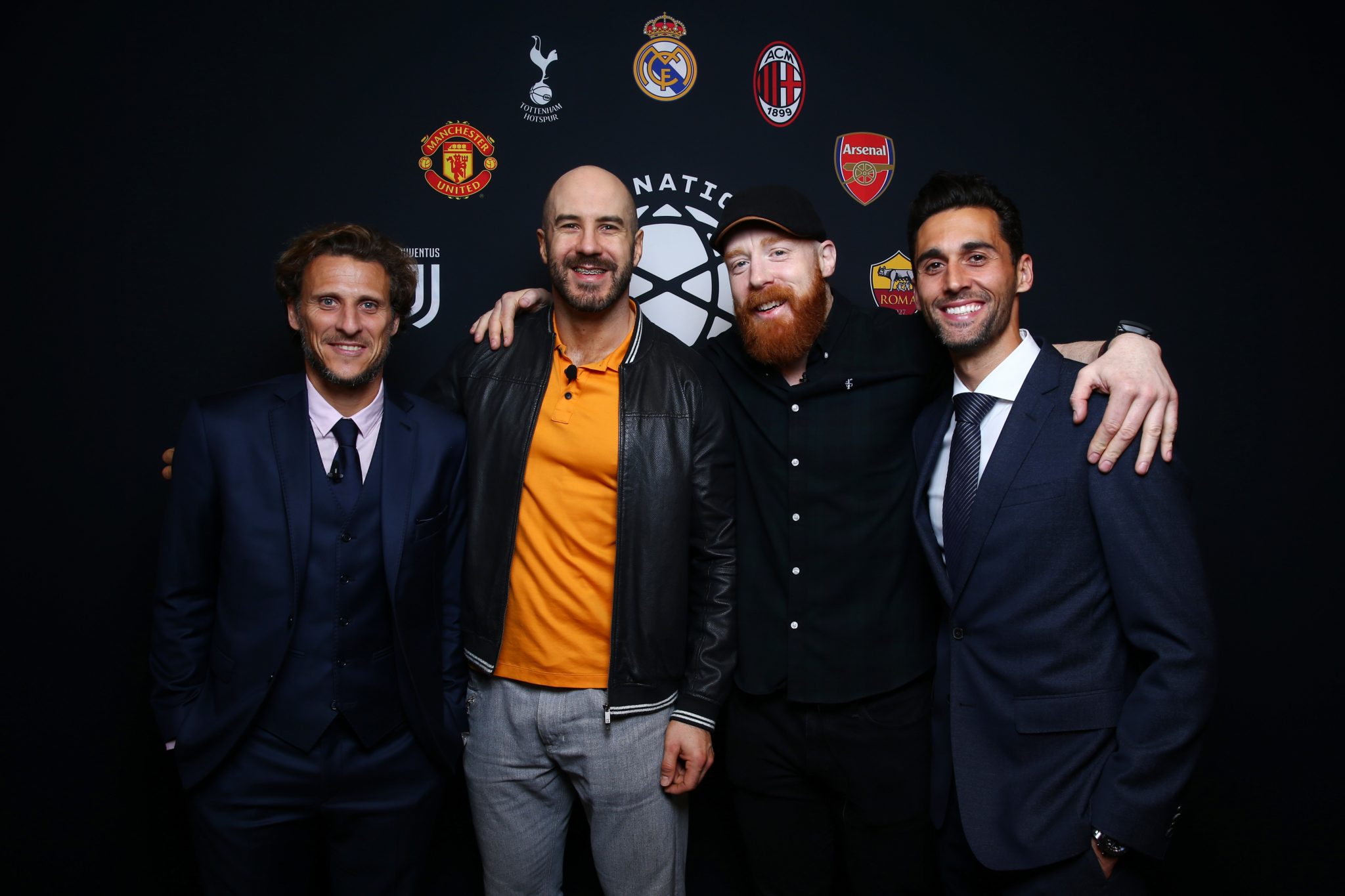 Before he bids us adieu, with a hearty, "Up the Dubs!", Sheamus can't let us go without re-issuing a challenge to anyone interested in his newly won belt.

"And I've opened it up to everybody - WWE, UFC, bleedin' rugby players, celebrities - whoever wants it. But, basically, no-one is man enough to step up this a Cabra man; a Northside Dubliner.

"They're too interested in wanting to watching YouTube reality stars who couldn't kick snow off a rope or fight their way out of a paper bag.

"I want to let you know, this US Open challenge is open to everyone."

WWE SmackDown and RAW airs every Saturday and Sunday morning at 10:30am, on Virgin Media Two with full catch up available on the Virgin Media Player.

popular
Junior doctor 'fell asleep' at the wheel after 12-hour shift then mowed down two women and two kids
Simon Cowell concerns fans with appearance as they 'don't recognise him'
An Oscar Best Picture winner is one of the movies on TV tonight
Starbucks worker breaks down in tears after they're scheduled to work 8 hours
One of the best movies of the decade has just been added to Netflix
Woman left confused after DNA test shows child isn't husband's despite her claims that she never cheated
Netflix has just added 30 big movies to its library
You may also like
1 month ago
WWE Tough Enough winner Sara Lee has died, aged 30
3 months ago
A charming wrestling comedy – yes, they exist – is among the movies on TV tonight
4 months ago
Logan Paul pulled off a high-flying move that left fans stunned at Summerslam
4 months ago
WWE boss Vince McMahon says he's finally retiring – others aren't so sure
5 months ago
Vince McMahon steps back as WWE CEO amid probe into alleged misconduct
8 months ago
QUIZ: Can you name the wrestler based off their finishing move?
Next Page