These didn't quickly blow over.

Despite Conlan's clear supremacy, each of the three judges scored the fight 29-28 in favour of the Russian fighter. Bernard Dunne said that the"AIBA needs to really look at itself, because that just really turns people off boxing. It turns us off boxing and we love the sport." Conlan's reaction speaks for itself.

Bearing this in mind, we've decided to take a look at some of the sporting moments that stretched beyond county borders to become national shitstorms.

What happened: Back illegally slapped the ball back onto the safety of his side of his own scrum.

END_OF_DOCUMENT_TOKEN_TO_BE_REPLACED

What went down: With Clare three points up towards the end of the game, referee Cooney, bafflingly, blew the final whistle with only 33 minutes gone in the second half. Offaly fans were so upset that they staged a sit-down protest in Croke Park afterwards.

END_OF_DOCUMENT_TOKEN_TO_BE_REPLACED

What happened: Law 19.2 was blatantly overlooked.

Welsh hooker Matthew Rees took a quick line-out but used a different ball, not to mention that the ballboy gave the ball to the touch judge. Oh yeah, the throw-in was also taken from the wrong position and Rees had his foot over the line when he threw the pass to Mike Phillips.

Ireland were leading in Cardiff at the time also. Absolute sickener.

What happened: Joe Sheridan's lunge was deemed 'a perfect goal'. The unsavory scenes that followed weren't called for, but as the clip below says, this was a case of "daylight robbery".

Guilty party: Warren Gatland, but he won the Test series so is there any guilt here? It still caused absolute turmoil given O'Driscoll's beloved status in Ireland.

What happened: BOD was dethroned for the final and decisive test between The Lions and Australia in Sydney. He wasn't even on the bench. Ireland's captain got a measure of revenge though in the next Six Nations meeting against Wales. 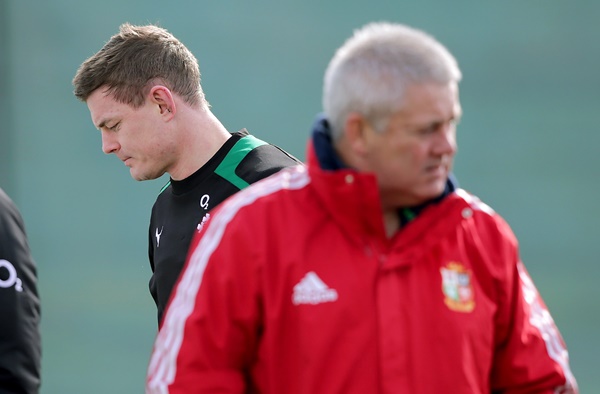 Guilty party: Two years after the 1996 Summer Olympics, FINA banned the Irish swimmer for four years after she was found guilty of tampering with her urine sample by using alcohol.

What happened: Her Olympic medals still stand. Wherever you fall on the issue is up to you. 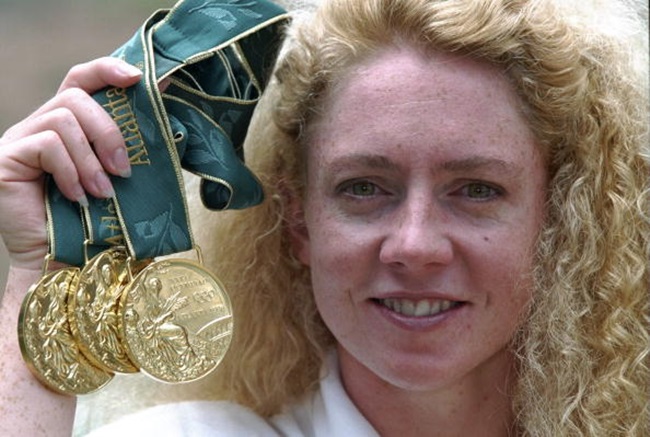 Guilty party: We're not even touching that one with a bargepole! Bottom line, nobody came out of this fiasco with their reputations enhanced.

What happened? : One training camp ended up splitting the country in a way that we haven't seen since the civil war.

What happened: This. We all feel for Michael Conlan but we've no doubt that he has an incredible professional career ahead of him.

The Big Reviewski || JOE · The Big Reviewski with Andy Serkis, Squid Game follow-ups & the return of Succession
popular
An underrated Denzel Washington thriller is among the movies on TV tonight
PICS: The man with the biggest penis in the world has one unbelievable problem with it
The 50 most iconic songs of all time* have been revealed
Weird 'blacked out' island on Google Maps sparks wild conspiracy theories
New €140 million road officially opens today, replacing one of Ireland's most dangerous roads
Colder weather ahead as polar maritime airmass settles over the country
RSV outbreak in children "more contagious than Covid", says GP
You may also like
1 week ago
The JOE Friday Pub Quiz: Week 264
1 month ago
Manchester City's Benjamin Mendy charged with four counts of rape
2 months ago
Michael Ballack’s son Emilio, 18, dies in 'quad-bike crash’
2 months ago
Five football documentaries to watch to kill time before the new Premier League season
4 months ago
Christian Eriksen stable but may not play football again, says sport cardiologist
6 months ago
Martin Compston reveals moment he delayed Line of Duty filming to watch Scotland penalty shoot-out
Next Page