Fantastic film, and a great addition to the other sports movies on Netflix.

Sport is drama but not every sports film has managed to understand and reflect this, but there's a new arrival to Netflix which manages to do it.

There are obvious exceptions - Rocky, Friday Night Lights, Raging Bull, Hoop Dreams, Chariots of Fire, When We Were Kings and Senna spring to mind - but for the most part, Hollywood has failed to capture the tension, ego, passion, hopes and heartbreaks that defines the sports we love so much.

END_OF_DOCUMENT_TOKEN_TO_BE_REPLACED

Enter the talented screenwriter Peter Morgan and his unrivaled ability to write screenplays that shine a light on the most human of things, conflict.

In case you're not familiar with Morgan's work, he wrote The Queen (Helen Mirren won an Oscar for her portrayal of Queen Elizabeth II as she struggles with the death of Princess Diana), Frost/Nixon (the riveting tale of two men with everything to win and everything to lose) and finally, The Damned United (an insight into the brilliance and madness which defined Brian Clough's managerial career.)

In Rush, Morgan and Ron Howard have made a film that owns this premise. Take the rivalry between Ice Man and Maverick from Top Gun and set it in the world of Formula One. Trust us, it's even better than that.

Set against the glamorous golden age of Formula 1 racing in the 1970s, Rush tells the true story of the great rivalry between the handsome English playboy James Hunt and his methodical, brilliant opponent, Austrian driver Niki Lauda. The story chronicles their distinctly different personal styles on and off the track, their loves and the astonishing 1976 season in which both drivers were willing to risk everything to become world champion in a sport that has no margin for error.

Hell, even if you're not a sports fan, Rush is a fast-paced drama that features great performances from Chris Hemsworth and Daniel Brühl.

With a rating of 89% and 75% on Rotten Tomatoes and Metacritic respectively, Howard's F1 drama ranks as one of the highest rated sports films of all time. 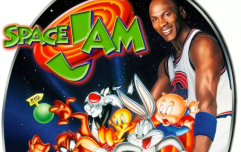 END_OF_DOCUMENT_TOKEN_TO_BE_REPLACED

Variety - "Not just one of the great racing movies of all time, but a virtuoso feat of filmmaking in its own right, elevated by two of the year's most compelling performances."

Empire - "It rarely deviates from formula, but Rush wins big, delivering the most exciting F1 footage created for film. Like Hunt, it is sexy, funny, full of thrills. Like Lauda, it is intelligent, a bit blunt, but ultimately touching."

Washington Post - "Considering the subject matter, Rush delivers the expected visceral jolts; what's surprising is how endearing it is, even when its two protagonists are behaving like little more than boys with very fast toys"

New Yorker - "If you don't already know the story of that season, lucky you; even now, it exerts a ridiculous thrill."

USA Today - "Brilliantly captures the exhilaration that comes from facing death head-on. It's also an ode to joyous rivalry."

House of Rugby Ireland · Murray & Sexton debate, France's Covid hell and James Tracy interview
popular
Rick and Morty creator reacts to dropping one of the first f-bombs on Disney+
The JOE Movie Quiz: Week 91
QUIZ: Can you name all of these characters from The Rugrats?
The JOE Friday Pub Quiz: Week 232
The JOE Music Quiz: Week 46
Scarlett Moffatt discovers ‘30% rain’ on weather app doesn’t mean chance of rain
The 50 most iconic songs of all time* have been revealed
You may also like
8 hours ago
Here are 36 upcoming movies and shows based on video games
1 day ago
20 of the best comic book movies you can watch at home right now
2 days ago
WATCH: Michael Bay shares footage of bonkers stunt from the set of his new movie
3 days ago
Here are the best movies on TV this evening
3 days ago
Paramount announce a HUGE amount of remakes, sequels, and spin-offs
4 days ago
The full list of all the new shows and movies coming to Netflix in March
Next Page