The Connacht team showed just how in touch they are with their supporters yesterday when members of the squad spent the evening calling their season ticket holders.

The Sportsground is known as one of the most passionate grounds in the country as the supporters in the west get behind the boys in green and it is easy to see how such a close bond is formed with the players when you see initiatives such as the senior squad calling their loyal followers.

Ronan Loughney, Dan Parks, Brett Wilkinson, Fionn Carr, Jason Harris-Wright, Denis Buckley and Paul O’Donohue were just some of the players that spent the evening on the phone, speaking to supporters about the upcoming season as part of the season-ticket drive.

“It was great to just have a chat with the supporters and know that they are as optimistic about the season as we are,” Irish international Loughney said. 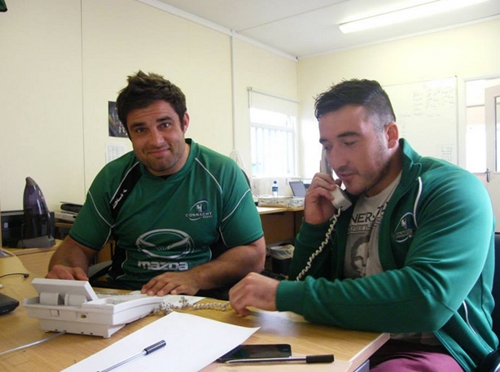 While the club is undergoing a huge transformation in recent years both on and off the pitch, it is refreshing to see a professional sports team go to such lengths to keep in touch with their fans. 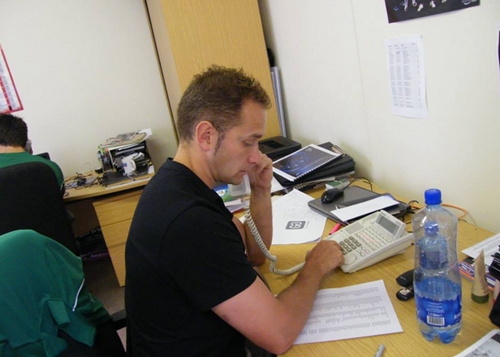 Dan Parks is well used to making the right calls, just this time off the pitch

New head coach Pat Lam was busy plotting the forthcoming season and unable to take part, but while there was a silence of the Lam if you will, the players more than played their part in the initiative.

Well played to all concerned.

The Big Reviewski || JOE · TBR Spotlight: Loki - Episode Two - 'The Variant'
popular
Garda union hits out at "absolute confusion" over outdoor drinking and dining
The Queen appealing for volunteers to weed the garden of her Sandringham Estate
Gardaí will use "discretion" over outdoor drinking at pubs and restaurants
The JOE Friday Pub Quiz: Week 248
QUIZ: Can you get full marks in this potentially very frustrating general knowledge quiz?
Taoiseach surprised by WHO plan calling for prevention of women of "childbearing age" from drinking alcohol
Man in his 60s killed following assault at home
You may also like
3 months ago
Craig Casey and Johnny Sexton combination backed for Italy clash
4 months ago
Defence grows for Billy Burns after one of the roughest days of his rugby career
4 months ago
Major upside to Ireland's Six Nations challenge that should make all the difference
4 months ago
John Cooney comes to defence of JJ Hanrahan after kicking criticism
5 months ago
Cardiff conversation that proved Paul O'Connell always put the team first
5 months ago
Ian Keatley on Ronan O'Gara's deadpan advice and his most treasured Munster jersey
Next Page