You know how it is when you get stuck on a Netflix show. You tell yourself 'just the one episode before bed', but then it finishes and it begins autoplaying another and another, and - before you even know it - you've got one hour before you need to be up for work. And, let's face it, you're not going to be making that 8am train.

Well, next time you're dragged into a room to deliver your excuses to your boss, you can at least take solace in the fact that the common phenomenon of the streaming service destroying a person's punctuality isn't reserved purely to us mere mortals, it runs to Olympic champs too. 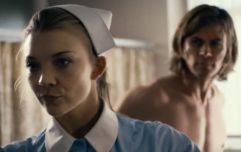 END_OF_DOCUMENT_TOKEN_TO_BE_REPLACED

Red Gerard may have recently been recognised as the best in the world at what he does, but it turns out he's just like any other teenager. He managed to win a gold medal earlier this week despite a late night of bingeing on Brooklyn Nine-Nine meant he slept through his early morning alarm.

Gerard should have got up for 6am, but Yahoo reports that his teammate Kyle Mack had to drag him out of bed kicking and screaming.

Luckily he managed to arrive at the competition in time, going on to secure the first gold for the US team in Pyeongchang. His three snowboarding runs hit a combined score of 87.16 out of 100 - which is apparently really really good. 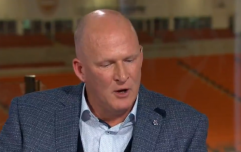 END_OF_DOCUMENT_TOKEN_TO_BE_REPLACED

Although, despite being the youngest person to win Olympic Gold in 90 years, he admitted in his post-win interview that he didn't really know much about the games before he took on the competition.

“I just didn’t really think I knew what the Olympics is,” Gerard told Yahoo. “I kind of grew up just watching Dew Tour and X-Games. I’d never really realised how big it is.

Red Gerard said he got a Snapchat this morning around 8:30 a.m. from his group of 17 people that is in Pyeongchang, South Korea to support him for the Games: "They were all shotgunning beers on the way to the mountains." pic.twitter.com/JORk5m3pH5

popular
Harvard study reveals how many times men should ejaculate each month to stay healthy
Annie Wersching, best known for role in TV series 24, dies aged 45
Richard Madeley apologises after calling Sam Smith 'he' and bungling guest's pronouns
Parents left in shock after gorillas start mating in front of kids at zoo
Colin Farrell shouldn't win the Oscar this year
The JOE Friday Pub Quiz: Week 331
S Club 7's Hannah Spearritt and children left homeless after being forced from home before Christmas
You may also like
2 days ago
All of the new Netflix movies and shows arriving in February
3 days ago
Netflix defends Squid Game reality show as three people receive medical treatment
3 days ago
New Netflix series deserves to be as big as Stranger Things
1 week ago
Joe Exotic responds to Carole Baskin claims that her ex-husband has been found alive
1 week ago
Netflix reveal first looks at huge new movies arriving in 2023
1 week ago
Netflix are releasing a 30th anniversary special for Power Rangers
Next Page