What has Brendan Rodgers done?

On Wednesday night, some Celtic fans made their feelings clear about Brendan Rodgers' decision to leave Celtic and take the job with Leicester immediately.

'You traded immortality for mediocrity. Never a Celt, always a fraud,' the banner at Tynecastle where Celtic were playing Hearts, read on Wednesday night, but beyond the hurt - and the mixed messages (how could a fraud be on the way to immortality?), did Rodgers have any other choice? Or, put it another way, did a man with his ambition have any other choice? 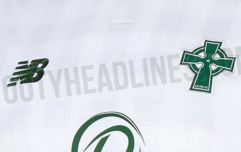 END_OF_DOCUMENT_TOKEN_TO_BE_REPLACED

Rodgers was not on his way to immortality in Scotland and maybe that was the problem. When Celtic won the European Cup in 1967, Bill Shankly told Jock Stein that he was immortal and Rodgers' achievement were not close to matching those, no matter how many domestic trebles he wins.

Instead he was away from the main action, playing in a league which has been reduced in importance over the past 15 years.

What does his decision tell us about Scotland and what does the future hold for Rodgers?

On The Football Spin, Paddy McKenna and Dion Fanning were joined by Tony Evans to discuss Rodgers and Celtic. Why has a  man who nearly led Liverpool to a title five years ago not been pursued by bigger clubs. Was his intention always that Celtic would be a springboard back to the Premier League?

Tony Evans outlines what Rodgers brought to Celtic but why it was probably best for all concerned if he moved on, while Dion explains why Rodgers, like Bono, seems to thrive in a certain way playing the bigger venues.

Tony also talks about what went wrong for Rodgers at Liverpool and how has a club, which seemed to be at loggerheads constantly over recruitment during Rodgers' time, improved their signing policy so significantly? 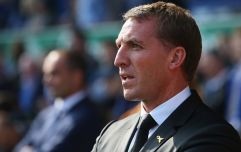 END_OF_DOCUMENT_TOKEN_TO_BE_REPLACED

There's also talk of the title race and the pressure building on Liverpool. Where is it coming from and is it justified? Could the Liverpool supporters' tension be eased by simply taking the word of top, top, top, top statistician Nate Silver.

It's all on the latest Football Spin.

popular
One of the best action movies of recent years is finally available to watch at home
Lisa Fallon praised as she opens up about terrifying ordeal on Late Late
The 50 most iconic songs of all time* have been revealed
QUIZ: Try score top marks in the hardest country flag quiz you'll ever take
"It will be with me until I die" - Charlie Bird opens up about "loveliest gesture" from Daniel O'Donnell
QUIZ: See if you can ace this General Knowledge Quiz
The JOE Friday Pub Quiz: Week 278
You may also like
6 years ago
Brendan Rodgers releases a brief statement following his dismissal at Liverpool
6 years ago
Jurgen Klopp to be confirmed as Liverpool boss after agreeing three year deal, report claims
6 years ago
TWITTER: The reaction to Liverpool sacking Brendan Rodgers has been surprisingly mixed
6 years ago
Brodge is gone and Deluded Brendan is having a field day on Twitter
6 years ago
Jamie Carragher hears Brendan Rodgers news on live tv, Thierry Henry is there to console him
6 years ago
Brendan Rodgers has been sacked by Liverpool
Next Page