Love him or loathe him, Conor McGregor is box office.

If he's not destroying opponents in the octagon, he's dazzling anyone who will listen with his sheer effrontery and self-belief. 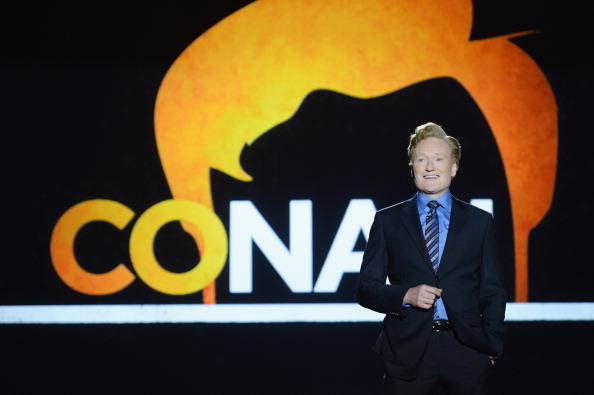 END_OF_DOCUMENT_TOKEN_TO_BE_REPLACED

He went on the hugely popular Conan show last night and did not disappoint. He entertained the live audience as well as the millions watching with some great one-liners.

He was typically dismissive of Jose Aldo and even had time to have a pop at Floyd Mayweather by telling us that he would dismantle him.

popular
Nearly 100 flights delayed at Dublin Airport on Monday
QUIZ: Can you get top marks in this short but tricky Irish geography quiz?
Family of Ashling Murphy share heartbreaking tribute at Fleadh Cheoil
Motorcyclist in his 30s dies following two-vehicle collision in Kerry
RTÉ tries to solve Michael Collins murder in new documentary
4-year-old girl killed in Sligo caravan park named as Alice Dunleavy
QUIZ: Can you score 12/15 in this difficult General Knowledge Quiz?
You may also like
5 days ago
Conor McGregor to make film acting debut in Road House remake
2 years ago
Conor McGregor responds to Paschal Donohoe’s calls to encourage social distancing amongst Irish public
2 years ago
"I was in the wrong" - Conor McGregor apologises over incident in Dublin pub
3 years ago
Charges dropped in Conor McGregor phone-smashing case
3 years ago
WATCH: New footage released of Conor McGregor allegedly smashing fan's phone in Miami
3 years ago
Timing of Conor McGregor announcement is no coincidence
Next Page