VIDEO: Wexford hurler warms up for game by singing and playing How to Save a Life

An unusual warm up...

Wexford played Kerry in Division 1B of the Allianz Hurling League yesterday in what was a cold and windy day down in Tralee.

To prepare for games, most players go through an extensive warm up to ensure that they're in peak physical condition come game time. 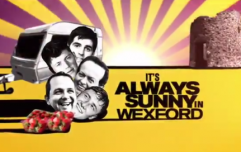 END_OF_DOCUMENT_TOKEN_TO_BE_REPLACED

They do things a little differently in Wexford though as Liam Óg McGovern demonstrated, warming up the voice and fingers is just as important as the legs.

In fairness to McGovern, he's got a fair set of pipes on him in this video captured by Lee Chin, although we doubt that the rest of the teams in the country will be following this method of preparation just yet.