Dougal would be proud.

Skibbereen was the place to be as Paul and Gary O’Donovan arrived home to a heroes’ reception following their incredible exploits at the Olympics and the World Rowing Championships.

After being bombarded with admirers in Cork Airport, Ireland's new heroes made their way to west Cork where the brothers gave another memorable interview with Eileen Dunne on The Nine O'Clock News.

After their many hilarious interviews throughout the Olympics and the World Rowing Championships in Rotterdam , nobody could ever say that the O'Donovan brothers are boring. 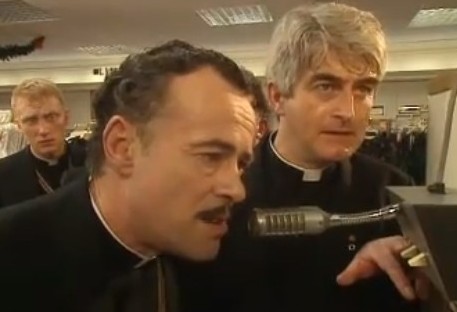 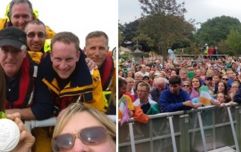 END_OF_DOCUMENT_TOKEN_TO_BE_REPLACED

They may have remarked that "it's great to beat the Brits", "put Lisheen on the map" and struggled to pee into a cup, but they've never been asked to judge the size of their support.

Father Dougal would be proud of this effort at the minute mark.

How many fans do the O'Donovan's have in Ireland?

The Big Reviewski || JOE · The Big Reviewski with Andy Serkis, Squid Game follow-ups & the return of Succession
popular
Nigel Farage has been saying republican phrases again, but in reality, he's the one laughing
How to lower your cholesterol - 5 really handy tips
Largest aircraft in the world touches down at Shannon Airport
The 100 greatest TV shows of the 21st century have been revealed
An underrated Denzel Washington thriller is among the movies on TV tonight
Facebook looks set to change its name as part of rebrand
Skeletal remains of six people found under Cork pub
You may also like
5 years ago
Pat Hickey has been denied bail
5 years ago
WATCH: Foil, Arms and Hog's skit on the Michael Conlan fiasco is just perfect
5 years ago
WATCH: This Japanese wrestler had the best reaction in Rio after winning Olympic gold
5 years ago
Thomas Barr had a quintessentially Irish message to all his supporters
5 years ago
WATCH: The phenomenal Usain Bolt destroys the competition to win gold at the 200m
5 years ago
Brazilian police believe Ryan Lochte lied about his robbery as they issue a statement
Next Page