Dustin Brown has caused a stir by dumping former champion Lleyton Hewitt out of Wimbledon, and it was the perfect time to pick up a few followers on Twitter.

The 189th ranked German surprisingly toppled Hewitt  6-4 6-4 6-7 6-2, but regardless of the upset, he didn’t miss a trick as he created social media history by becoming the first player to display his Twitter handle on his t-shirt.

Did you know #Brown is first player to wear his Twitter handle @DreddyTennis printed on his tennis shirt? #Wimbledon pic.twitter.com/MKWYR5VEHw

It was somewhat reminiscent of our very own Paddy Barnes at the Olympics last year, when he too cashed in on the perfect opportunity to publicise his own profile with such a large global audience. 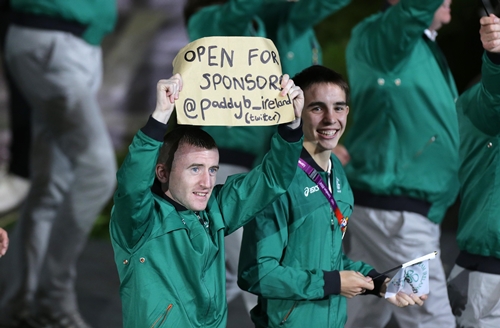 END_OF_DOCUMENT_TOKEN_TO_BE_REPLACED

We’d all like to have legions of followers – you can follow this humble scribe right here – but Brown picked his moment well and the result was the icing on the cake.

Dustin is just shy of 17,000 followers, but expect this to rise if his form and profile continues to rise, though he still has some way to catch the Belfast boxer, with Barnes closing in on 42,000 followers.