The next World Cup is going to be really different as it is.

To the absolute outrage of fans all over the world, the World Cup is going to take place in Qatar. Not only that, but it's going to happen in Winter of 2022.

END_OF_DOCUMENT_TOKEN_TO_BE_REPLACED

The 2022 World Cup will begin on November 21 and the final will be held on December 18, exactly one week before Christmas Day.

This isn't the only change to the traditional tournament that we should expect either.

FIFA President Gianni Infantino has said that the expansion of the World Cup from 32 to 48 teams could be brought forward from 2026 to 2022. 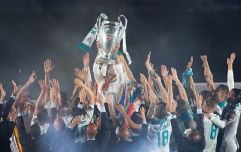 END_OF_DOCUMENT_TOKEN_TO_BE_REPLACED

The decision to increase the amount of teams has already been approved for the 2026 tournament, which will be held in the USA, Canada and Mexico, and it's looking like the same could happen for 2022.

According to BBC, Infantino discussed the possibility at the opening of the Asian Football Confederation's new headquarters in Kuala Lumpur, saying: "If it is possible, why not? 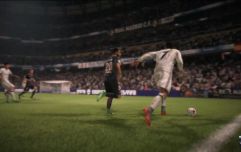 END_OF_DOCUMENT_TOKEN_TO_BE_REPLACED

FIFA are clearly quite busy at the moment, as not too long ago, reports suggested that they were planning a new annual Club World Cup, which would see 24-clubs compete in a 14-day tournament held every year.

popular
Man hasn't put arm down for 10 years - and this isn't even a world record
Jeffrey Dahmer’s dad thinks he knows what’s to blame for son becoming a serial killer
QUIZ: Test your knowledge with this Ultimate Friends Character Quiz
€600 energy credits and free schoolbooks for children set to be announced in Budget 2023
House Of The Dragon is already better than Game Of Thrones
The JOE Friday Pub Quiz: Week 313
QUIZ: Name the country for each of these non-capital cities
You may also like
2 months ago
JOE Gaming Weekly - FIFA 23 will feature women's club teams for the first time ever
8 months ago
Here's the line-up for this week's Late Late Show
11 months ago
A football hater asks a football lover five questions about FIFA 22
1 year ago
The 'gamer lean' is real and it genuinely helps you win at FIFA
1 year ago
EA fined millions by Dutch court over FIFA Ultimate Team loot boxes
1 year ago
QUIZ: How well do you know these classic FIFA covers?
Next Page