Reports suggest that Gareth Bale is on the verge of a move to Real Madrid that would make him the most expensive player of all-time, so we looked at how that title affected some of his predecessors.

Cristiano Ronaldo, moved from Manchester United to Real Madrid for £80 million in 2009

END_OF_DOCUMENT_TOKEN_TO_BE_REPLACED

With 146 goals in 136 games for Real Madrid since his arrival from Manchester United four years ago, Ronaldo has proved to be worth every penny and would comfortably be the best player in the world if it wasn’t for some fella called Messi. He was very, very good at United but has moved onto another level since moving to Spain and considering that he is arguably as if not more athletic than any other footballer ever, he should be able to maintain his ridiculously high standards for quite some time yet.

Zinedine Zidane, moved from Juventus to Real Madrid for £53million in 2001

The biggest purchase of the (first) Galactico era, Zidane lit up the Bernabeu as he had the Stadio delle Alpi before that and was a resounding success in Madrid. His goal against Bayer Leverkusen in the 2002 Champions League Final was the highlight of five seasons with Los Blancos, where he has remained on to help convince some of the best players in the world to follow in his footsteps. Who would say no to Zizou?

Ronaldo, moved from Barcelona to Inter Milan for £19.5 million in 1997

Some still feel the need to refer to him as the ‘real’ Ronaldo to distinguish him from Cristiano and while that might sound ludicrous to football fans of a younger generation, anyone who saw him in his prime didn’t need to be told twice that this guy was the real deal. Ronaldo impressed with PSV and Barcelona before moving to Milan and with Real Madrid after he left, but it was in Italy where he arguably played the best football of his career, even if he only had a UEFA Cup to show for his time in the San Siro

Diego Maradona, moved from Barcelona to Napoli for £5 million in 1984

Maradona is the only player ever to have commanded the world’s highest transfer fee on two separate occasions but only a fool would argue that he wasn’t worth the money. 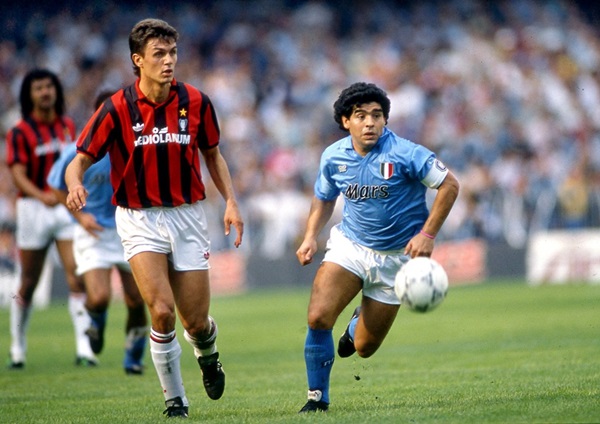 Maradona beside a very young looking Paolo Maldini in his Napoli days The Argentinean legend spent two years at Barcelona before moving to Napoli in 1984 and he remains a legend in Naples after helping them to two Serie A titles (the only times they have won the domestic league), the Coppa Italia and the Uefa Cup. So good was he, in fact, they even went and retired the number 10 jersey after he left.

END_OF_DOCUMENT_TOKEN_TO_BE_REPLACED

Cruyff had already won the European Cup three times and the Ballon D’Or twice by the time he moved to Spain in 1973, but he further enhanced his status as probably the best player in the world at that time after his move to the Nou Camp. Cruyff immediately helped Barca’ to their first La Liga title in 14 years and won the Ballon D’Or again in his first year in Catalonia and added a Copa del Rey title before he finished there as a player before returning for an extremely successful spell as manager in 1988.

Many observers felt that Kaka offered far better value for money than Ronaldo when they both moved to Madrid in the summer of 2009, but the Brazilian has spent the majority of the time since in Ronaldo’s shadow thanks to injuries and a decline in form from his days at AC Milan when he probably had no peer in the mid-2000s.

END_OF_DOCUMENT_TOKEN_TO_BE_REPLACED

Nobody, not even Cristiano Ronaldo, performed more stepovers – often unnecessarily but it didn’t matter because they were great to watch – than Denilson and football fans were ridiculously excited when he moved to Betis after the 1998 World Cup. http://www.youtube.com/watch?v=jW8iFZy7x_w To say that he was a disappointment would be an understatement because after an underwhelming 13 goals in nearly 200 appearances, he left Spain in 2005 to continue his career at those well renowned footballing heavyweights Bordeaux, Al Nassr, FC Dallas, Palmeiras, Itumbiara, Xi Măng Hải Phòng and Kavala before retiring in 2010.

Gianluigi Lentini, moved from Torino to AC Milan for £13 million in 1992

Lentini was hardly a roaring success after moving from Torino to AC Milan in 1992 but he played only one season to the best of his ability because of a serious car crash in the summer of 1993 that left him with a fractured skull and he spent a couple of days in a coma before making a full recovery. Lentini’s transfer was such a big story at the time and involved so much money – despite the fact that it took place in the same year that Gianluca Vialli moved from Sampdoria to Juventus for £12 million – that it was described by the Vatican as ‘an offence to the dignity of work’. 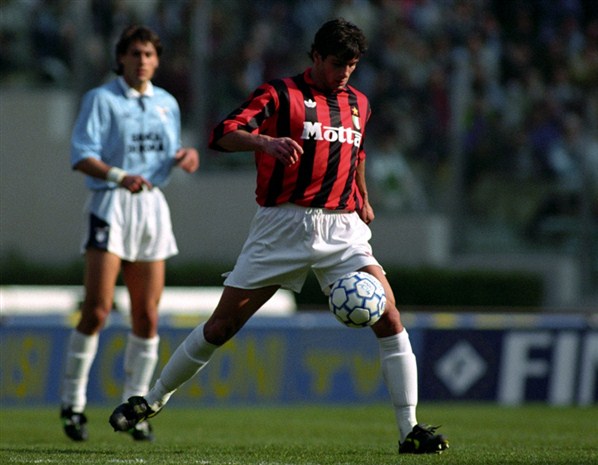 Lentini's AC Milan career was short-lived Lentini played a big role in Milan’s title triumph in his first year at the San Siro, but he was never the same player after the crash and moved on from Milan to Atalanta in 1996.