It had the potential to be so brilliant but in the end, it was thoroughly disappointing...

Anyone remember the infamous Gaelic Games: Football on the Playstation 2?

If you liked startlingly bad graphics, repetitive commentary and some of the slowest moving characters in the world then this game would have been right up your alley.

While we understand that the market for the game would not be very big and as such, they could not justify pumping a whole lot of money into its development. But that still doesn't excuse how terrible the game was 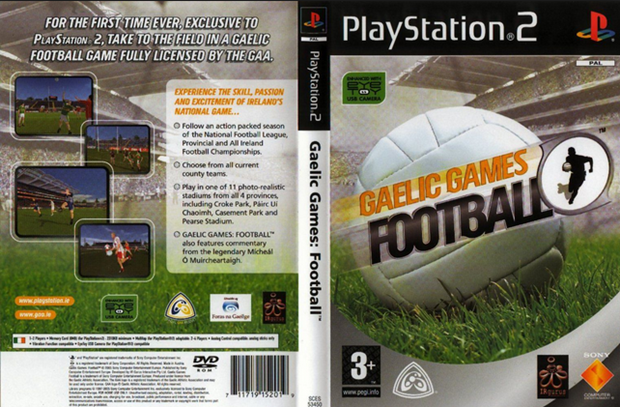 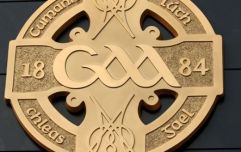 END_OF_DOCUMENT_TOKEN_TO_BE_REPLACED

The game was rumoured to have outsold other leading game titles, such as Call of Duty, in Ireland in the run up to Christmas in 2005 but soon the shops were overwhelmed with return of the game, so much so that one worker from a prominent gaming store claimed “they had to stop taking the games back”.

So what was wrong with the game? What made us want to break our controllers off the wall in frustration? Here are five reasons to give you an idea… 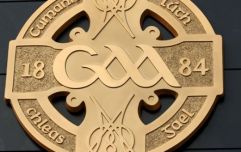 PIC: This chipper had a fine GAA audience at Electric Picnic

END_OF_DOCUMENT_TOKEN_TO_BE_REPLACED

While we love Mícheál Ó Muircheartaigh as much as everybody else in Ireland, he was really wasted and misused in Gaelic Games: Football (GGF). Not only was the commentary ultra-repetitive and annoyingly obvious, a lot of the time it just didn’t fit into what was actually happening on the pitch.

The constant call “great tackling” and “good strong tackling” nearly drove us up the walls. Although we have to admit, we did love the obligatory phrase “Now the players are going in for a cup of tea and a banana” that was thrown out every time the whistle went for half time.

END_OF_DOCUMENT_TOKEN_TO_BE_REPLACED

While all video games have sound effects to make them more realistic, GGF took it to the next level with their liberal use of the tackling noises.

The constant ‘umph’ and ‘humph’ of late tackles and delayed game play was comical for a time but pretty soon it just became irritating. The sound effects actually reminded us of this scene from The Simpsons.

Did anybody else notice how there was a big delay between kicking the ball and the actual sound effect of the kick being made. Now we are no experts on physics and all that black magic and we know that sound doesn’t travel that fast but we still think a two-three second delay is far too much.

Our biggest bone of contention with the original GGF was the lack of players names. Each player was represented by a simple number and left us all guessing as to whom in fact each player was.

Apparently it was something to do with failing to agree terms with the Gaelic Players Association over the rights for the players’ names but they could have at least done a Pro Evolution on it and made up a list of names that sounded somewhat like the players involved. Could Colm Cooper not have become Colin Hooper? Or Padraig Joyce changed to Paddy Jay?

It was impossible to defend

Now usually in sports games, defending is one of the last things on your mind as you load up on offensive talent but even the most adventurous player of FIFA will at least have some semblance of defending in his game. However, in GGF it was all out attack or nothing because it was impossible to defend as the players simply did not listen to your commands.

The camera switched so often that you would be running one way and then the camera would change angle and leave you running in the wrong direction. Leaving you more open at the back than Man United’s back four.

We could have dealt with all of the above if the game managed to be good, but there is no way of sugar coating how bad it was. We are the proud owners of Jonah Lomu Rugby on the PlayStation 1 from 1997 and we have to say that game is far ahead of of the Gaelic game in so many ways.

The graphics on GGF are horrible and the players look like they are 2D most of the time. As we said above, it is impossible to defend but that wasn’t a problem a lot of the time because it was an arduous task in itself to get the ball between the sticks. Plus you had to get the ball past an Oliver Kahn equivalent in GAA to score a goal.

We're sure your appetite is nicely whetted so here's a look at the game in all of its terrible glory.

popular
The "eighth best movie ever made" is among the movies on TV tonight
15 years ago, one of the greatest scenes of the 21st century arrived in cinemas
Mia Khalifa claims seaside town is better than Miami
The 50 most iconic songs of all time* have been revealed
QUIZ: Can you guess these European countries from their outlines?
Here's the line-up for this week's episode of The Late Late Show
The start of the superhero takeover of Hollywood is among the movies on TV tonight
You may also like
1 month ago
Brendan Óg Duffy's father speaks powerfully about his son's death
1 month ago
Gardaí investigating alleged assault on under-9 GAA player at children's sports event
3 months ago
Roscommon GAA confirms investigation into alleged assault on referee during juvenile game
4 months ago
Looking for a hotel room for the All-Ireland Final weekends? It won't come cheap...
5 months ago
Taoiseach condemns "disturbing" fight at Galway v Armagh game
6 months ago
The 2 Johnnies share unbelievable catfish ordeal affecting over 40 people
Next Page