Sad face emoji for these emojis.

If you can't find the right emoji to express how you're feeling about something, then you can probably rely on whatever your message service is to add it before too long.

END_OF_DOCUMENT_TOKEN_TO_BE_REPLACED

However, while we all have your favourite emoji, when was the last time you put some thought into your least-used one?

There are whole pages of emojis back there that most people never venture towards, usually relying on either the thumbs up, or the LOL-face, or that one who is winking-with-his-tongue-out, a facial expression that you would never actually do in real life without being called a complete and total weirdo.

The Least Used Emoji Bot has been counting up the number of times each of the emojis have been used over a certain time period, and the least two used are... 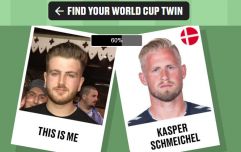 END_OF_DOCUMENT_TOKEN_TO_BE_REPLACED

The Aerial Tramway Emoji and the Input symbol for Latin capital letters!

Yeah, we can kiiiiiiiiind of understand why they'd end up at the bottom.

We can't recall anyone, in our lives, EVER, having mentioned using an Aerial Tramway, while the daily use for Latin capital letters and the input symbol we'd use for them...? Yeah, not exactly that rolls off the tongue. 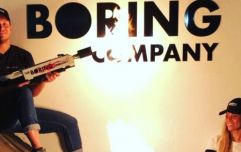 Why is one of the world's richest inventors now selling flamethrowers to the general public?

END_OF_DOCUMENT_TOKEN_TO_BE_REPLACED

It was neck-and-neck for a while, until (somehow) the input symbol for Latin capital letters inexplicably got a landswell of support, officially putting the Aerial Tramway Emoji in last place.

Which, of course, led to a lot of people using it to announce it came last:

So then guess what happened?

🔠 (Input symbol for latin capital letters) has been the least used emoji for over a full day (as of 04:00 UTC)

popular
Woman dies from hypothermia after telling doctor she 'couldn't afford heating'
Here is a list of every Bank Holiday in Ireland in 2023
Katherine Ryan had plenty to say about Leonardo DiCaprio's dating life
Nicola Bulley's phone found by the river 'could be a decoy', diving expert suggests
Amazon Prime Video has just added 21 big movies to its library
One of the best crime thrillers ever is among the movies on TV tonight
The Last Of Us Episode Five will premiere days earlier in Ireland and UK
You may also like
1 month ago
Sports reporter asked to cover snow storm goes viral thanks to his cranky coverage
2 months ago
Ireland AM star suffers 'double whammy' of slip ups live on air
2 months ago
The Menu works because it makes fun of absolutely everyone
3 months ago
The West Wing actor shares hilarious response to Piers Morgan interview offer
4 months ago
Graham Norton reveals the one celebrity he'd love to have interviewed
5 months ago
WATCH: Bridge is officially opened... before immediately collapsing once ribbon is cut
Next Page