When iPhone users downloaded the latest iOS update they were given access to a whole host of brand new more racially-diverse emojis.

Despite the upgrade, one particular section of society were still left out in the cold; the gingers. 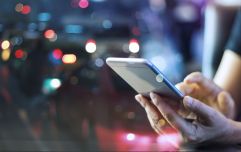 END_OF_DOCUMENT_TOKEN_TO_BE_REPLACED

The omission has led redhead interest website Ginger Parrot to take action and the response had been huge.

They started a Change.org petition to add a ginger emoji to Apple's range and it has amassed over 10,000 signatures.

We're not sure any Irish people have seen it yet so if you are a flame-haired hero or know one, here's where you can sign the petition.

The people who started the petition plan to approach Apple with the list of signatures soon so they want as many as possible to convince them it's the right thing to do.

The Big Reviewski || JOE · TBR Spotlight: The Falcon and the Winter Soldier Episode Four - 'The Whole World is Watching'
popular
The JOE Music Quiz: Week 52
The JOE Friday Pub Quiz: Week 238
Thunder Force review: somebody needs to stop letting Melissa McCarthy's husband make movies
The Falcon and the Winter Soldier is on the precipice of dealing with an incredibly sensitive topic
Irish mobile network GoMo launches new €14.99 per month "for life" offer
QUIZ: Can you identify the cities of California from this list?
The JOE Movie Quiz: Week 97
You may also like
1 week ago
Irish consumers lost over €12 million to online credit and debit card scams in six months last year
1 week ago
US military account tweets gibberish after child accidentally takes it over
2 weeks ago
Google advises how to fix issue affecting Android phones this week
2 weeks ago
Donald Trump is reportedly creating his own social media platform
3 weeks ago
Instagram bans adults from messaging users who are under 18
3 weeks ago
Irish-American company Stripe to create 1,000 jobs in Ireland
Next Page