Amazon Echo and Alexa have just been launched in Ireland

First launched in the US back in 2014, it was possible to buy the products prior to this, but now the system has finally been optimised for Irish consumers specific requirements. 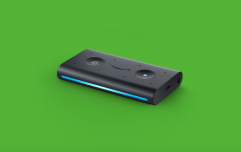 Amazon Alexa is now available for cars in Ireland

END_OF_DOCUMENT_TOKEN_TO_BE_REPLACED

Amazon Echo is designed around a users voice and is able to give the user information, music, news and weather.

It is also confirmed that the Echo will come with services such as Irish Radioplayer, Ryanair and a number of broadcasting stations.

Alexa is the artificial intelligence software, which powers Echo. It is able to answer questions, make calls, send messages, turn on and off lights and give news updates, among a variety of other tasks.

Amazon has also expanded the Alexa Skills Kit and Voice Service so Irish developers can produce services and for customers.

popular
One of the best action movies of recent years is finally available to watch at home
Jim Carrey's greatest performance is among the movies on TV tonight
The JOE Movie Quiz: Week 138
QUIZ: Give this General Knowledge Quiz a whirl
The JOE Friday Pub Quiz: Week 278
QUIZ: Can you name every Batman actor in three minutes?
QUIZ: See if you can ace this General Knowledge Quiz
You may also like
2 years ago
Report reveals that Amazon staff listen to Alexa recordings
4 years ago
WATCH: Get comfortable as someone asks their Alexa the eternal question, 'Who poop?'
7 months ago
Virgin Media to deliver "free superfast" public Wi-Fi in over 30 Dublin locations
8 months ago
Tech Corner: A budget friendly fitness tracker
8 months ago
Tech Corner: Flagship phones are nice, but the midrange is where most people are at
8 months ago
WhatsApp to punish users unless they agree to new privacy changes in coming weeks
Next Page