Makers of Assassin's Creed discuss setting their next game in Ireland

They also discussed a sequel set entirely in the future.

Twenty games in and the Assassin's Creed franchise has spanned a lot of the globe already.

Jerusalem, Italy, North America, France, China, England, India, and Egypt have already been the setting for the previous entries in the hit franchise, with latest sequel Assassin's Creed Odyssey set in the Peloponnesian War in Ancient Greece.

END_OF_DOCUMENT_TOKEN_TO_BE_REPLACED

In the lead-up to the release of the new game, we sat down with the game's senior producer Marc-Alexis Cote and discussed every aspect of the new game, as well as where Ubisoft might take the series next.

Of course, when it comes to sequels, we had two big questions to ask him.

One: consider the connective tissue of the future-set plot with the animus machine allowing people to 'travel back in time' (kind of), what were the chances of getting a solely future set game?

"It is a question that comes up every once in a while. Someone will say 'Oh, it would be so amazing if we set a game in the future'. I would love to see how we would explain that though since it is not very compatible with the principles of the animus.

END_OF_DOCUMENT_TOKEN_TO_BE_REPLACED

And two: Will we ever get an Assassin's Creed game set in Ireland?

"I absolutely do not know to date where we are going to the take the franchise in the future. Every time, we go back and we ask what is the goal that we are trying to accomplish, and what is the best place we will be able to accomplish that.

"Maybe one day that will be in Ireland. Who knows." 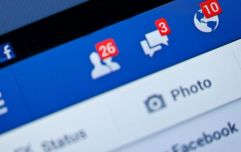 Facebook to alert over 40,000 Irish users that their data may have been leaked in Cambridge Analytica scandal

END_OF_DOCUMENT_TOKEN_TO_BE_REPLACED

Assassin's Creed Odyssey will be released on PS4, Xbox One, and Microsoft Windows on Friday 5 October.

popular
QUIZ: Test your knowledge with this Ultimate Friends Character Quiz
House Of The Dragon is already better than Game Of Thrones
The 50 most iconic songs of all time* have been revealed
Amazon Prime Video has just added 20 very big movies to its library
Netflix has dropped the trailer for their latest thriller from the creator of The Haunting of Hill House
Fine Gael Councillor slams attendees of cost of living crisis protests
One of cinema's greatest flops is among the movies on TV tonight
You may also like
4 days ago
Children under 16 can now stay in public hospitals for free
1 week ago
QUIZ: Name the counties where these Irish towns are located
1 week ago
250,000 women can get free contraception in Ireland from today
2 weeks ago
President leads tributes from Irish leaders following death of Queen Elizabeth II
3 weeks ago
Take a Hike: Galtymore and Cush Mountain Loop
3 weeks ago
New Irish website helps customers find cheapest flights to anywhere in the world
Next Page