Like sci-fi, video games, cosplay or anime? Then you definitely cannot miss the MCM Comic Con which is coming to the RDS in Dublin on 12th and 13th April. Ahead of the big event, which is now only a few days away, we've decided to mix two aspects of any good comic con into one by picking out our five favourite superhero video games.

From Teenage Mutant Ninja Turtles: Turtles in Time on the SNES to the latest LEGO superhero offering, here’s a look JOE’s top five favourites, along with a few honourable mentions to some of our other favourites that didn't quite make the list.

END_OF_DOCUMENT_TOKEN_TO_BE_REPLACED

It was one of the most violent video games to have ever been released at the time, making The Punisher one of those games we would only ever play in our rooms or when mammy was out visiting her sister.

Just like the original Punisher, which saw antihero Frank Castle seeking revenge for the deaths of his wife and children, there were a number of incredibly violent deaths featured in the game, including: crushing a bad guy’s skull in a coffin, grinding an enemy’s face off of an industrial gear and shooting a mob boss in the eyes with a nail gun. Ouch. It really was a different gaming experience than anything else we had at the time and, for better or worse, the experience has stuck with us even after all these years.

One of the best memories we have from our gaming childhood is arguing with siblings and friends from school over who got to play as Leonardo, Donatello, Michelangelo, and Raphael. After 30-minutes of arguing, we’d eventually get down to the business at hand, which included beating the crap out of blue, orange, white and pink henchmen before taking on a big boss at the end of the level. The best levels, in our opinion, saw you surfing in the sewers as you attempted to dodge bombs and ninjas. If the graphics in the video below doesn't bring back good childhood memories, the music definitely will.

END_OF_DOCUMENT_TOKEN_TO_BE_REPLACED

One of the best open-world superhero games to have ever been made in our opinion has got to be Spider-Man 2, developed by Treyarch and published by Activision back in 2004. The single greatest aspect of this game was being able to swing from building to building using Spider-Man’s web slinging abilities. Forget about the game’s plot, and big name villains like, Dr. Octopus, The Rhino and Mysterio, we just loved flying around Manhattan all afternoon long. You have to remember, this was cutting edge stuff back in the day…

The LEGO games do have somewhat of a childish vibe to them, but they are most certainly fun for humans of any age. It helps if you're still a big child inside of course, just like JOE, but there's something that is incredibly appealing about getting a whole heap of comic book characters together and being allowed to control all of them from Spider-Man to Iron Man and Hulk. The gameplay can be a little bit repetitive but the puzzles aren't stupidly simple, and with all those characters involved, it's a guaranteed recipe for a bit of craic.

There are loads of villains too so you'll be fighting every bad guy in the book, but given that the whole setting is made of LEGO bricks, it still retains that element of fun and doesn't take itself too seriously.

Batman: Arkham City is easily our favourite video game from the Batman Arkham series and ultimately, it’s our favourite superhero video game of all time. As well enjoying a fantastic narrative that was voiced by two DC Animated Universe legends, Kevin Conroy and Mark Hamill, we also loved Bats’ ability to kick several shades of sh*te out of angry steroid enhanced prisoners.

Batman’s detective abilities were also used a lot more in Arkham City than in Asylum, as were his stealth skills, which gave Batman: Arkham City a nice balance between all-out brawls and strategically fought battles. It’s the kind of game you can pick up and play even when there are no missions available and we’d be lying if we said that Harley Quinn didn’t sway our vote just a little bit... 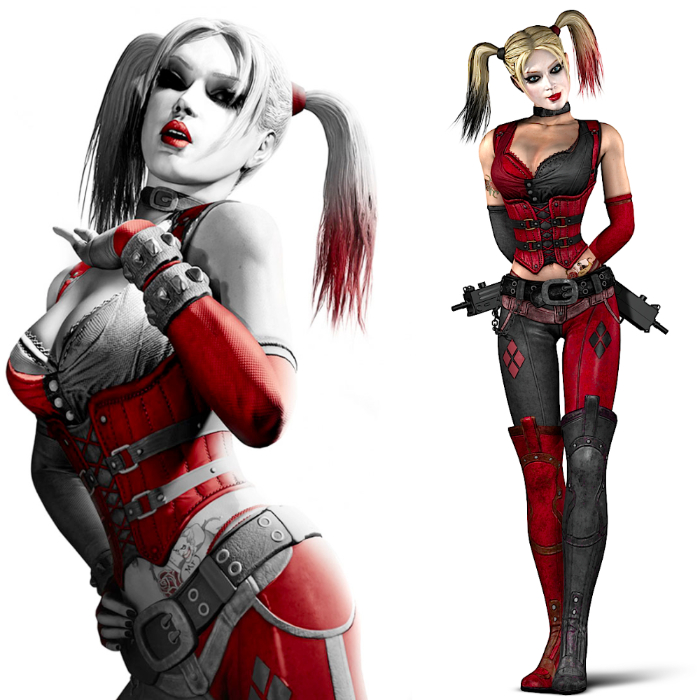 Okay, so we couldn’t choose every single superhero gaming title that has been released over the past 20 years, so we went for the top five games that we remember fondly. Having said that, there are a few that deserve a mention and if this was a top ten they would have definitely made the cut.

Honourable mentions must got to a few other Batman titles...we really like Batman, ok? Batman Returns on the SNES/Mega Drive which was a standard enough platform game, but you got to play as Batman, which is deadly. As we already noted Batman: Arkham Asylum was one of our favourite games of the last console cycle and one we couldn't put down; Injustice Gods Among Us let us fight as some of our favourite superhero characters and finally Deadpool, which was as weird and wacky as the comic books themselves...