Bothie. Doesn’t exactly roll off the tongue, does it?

Nobody had ever heard of the term up until about five years ago, but you’d do well to find anyone nowadays who doesn’t know what a ‘selfie’ is. 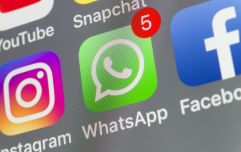 END_OF_DOCUMENT_TOKEN_TO_BE_REPLACED

There’s little doubt that the selfie has revolutionised the way people take photos, but Nokia (remember them?) are hoping to change the landscape all over again with the launch of their new smartphone, the Nokia 8.

Key to Nokia’s sales pitch for their new product is a dual sight-mode feature, which will enable the use of front and back cameras simultaneously for split-screen photos and video (video can be uploaded directly to YouTube and Facebook Live).

What it means, in essence, is that owners of the phone will be able to include themselves in a photo they’re taking, whether it’s of a friend or while stood in front of a monument like the Spire on Dublin’s O’Connell Street.

It will also, alas, bring an end to the cheeky (but hilarious) practise of pretending to take a photo of someone/a group of people while secretly turning the camera on yourself.

Of course, such a concept is no good without a catchy name to describe it and after what we presume must not have been much debate, Nokia have decided upon the term ‘bothie’, which they hope will become as familiar a part of the lexicon as ‘selfie’ in the near future. 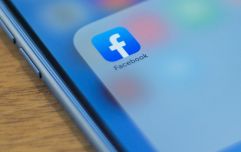 END_OF_DOCUMENT_TOKEN_TO_BE_REPLACED

“Be less Selfie, be more #Bothie,” reads the tagline on the website of the Finnish company, who are hoping to re-emerge as a giant in the communications world and who re-released the iconic Nokia 3310 earlier this year.

It remains to be seen if ‘Bothie’ will achieve next to or near the popularity of the selfie, but if you want to find out more about it and about the Nokia 8 itself, you can do so here.

popular
Sinn Féin affordable housing bill passed as Government forgets to vote on its own counter-motion
TV reporter rescues stolen dog live on air while reporting on its theft
10 bad movies that actually got good reviews when they were released
The 50 most iconic songs of all time* have been revealed
Negative review of Shrek on its 20th anniversary sends Internet into meltdown
Aer Lingus to permanently close its base at Shannon airport
Leo Varadkar accused of "contradicting" himself every day over travel restrictions
You may also like
1 day ago
It will cost "tens of millions" to rebuild HSE IT system following cyberattack
1 month ago
Beware of the very clever WhatsApp hack that is locking Irish users out of their accounts
1 month ago
Irish mobile network GoMo launches new €14.99 per month "for life" offer
1 month ago
Here's how to check if you are part of the Facebook data leak
1 month ago
Irish consumers lost over €12 million to online credit and debit card scams in six months last year
1 month ago
US military account tweets gibberish after child accidentally takes it over
Next Page