Don't be that guy.

Unless specifically requested, and even then it isn't a good idea, don't be the "dick pic" guy.

You proud of your dick? Good. Good for you. Be proud.

END_OF_DOCUMENT_TOKEN_TO_BE_REPLACED

But don't be so proud that you're virtually flaunting it into stranger's faces, unprovoked, unannounced.

Bumble, unlike other dating apps like Tinder, allows its users to send photos within the app, which is how dick pics can sometimes present themselves on there.

Generally, the photo itself is blurred until a person decides whether they want to open it or not, but now the dating app is set to introduce a whole new feature that specifically tells a user when an image is explicit.

It'll also then give the person receiving the photo the option to either open, block, or report the image.

Delightful scenes all round. 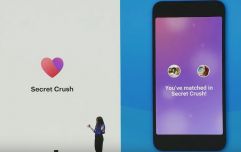 END_OF_DOCUMENT_TOKEN_TO_BE_REPLACED

"But it’s up to you if you want to view, block, or report the image to moderators."

The new feature will be beneficial to those who enjoy a little flirt every now and again, but DID NOT REQUEST A DICK PIC.

Because honestly like, if you're going to send some saucy pics, surely you'd be hitting up the old WhatsApp first. 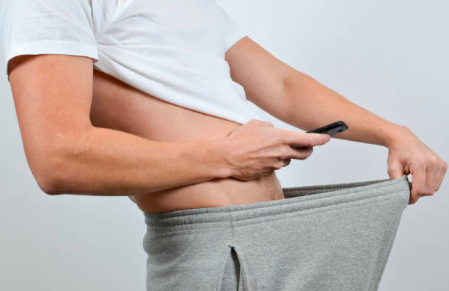 This comes after Bumble announced that they were updating their app to allow users to call each other while using it - without even swapping phone numbers.

Somewhat thankfully, the feature was double opt-in, meaning that nobody was able to call anybody else unless they had the call feature enabled.

CEO of MagicLab, the parent company of Bumble, Andrey Andreev said the feature was aimed at "giving users a more real life interaction, and saving them time by getting a deeper understanding of who they’ve matched with before they decide to meet in person or share valuable contact information."

popular
Woman dies from hypothermia after telling doctor she 'couldn't afford heating'
Here is a list of every Bank Holiday in Ireland in 2023
Katherine Ryan had plenty to say about Leonardo DiCaprio's dating life
Nicola Bulley's phone found by the river 'could be a decoy', diving expert suggests
Amazon Prime Video has just added 21 big movies to its library
One of the best crime thrillers ever is among the movies on TV tonight
The Last Of Us Episode Five will premiere days earlier in Ireland and UK
You may also like
4 hours ago
Katherine Ryan had plenty to say about Leonardo DiCaprio's dating life
2 days ago
Woman who had sex every week with 'special friends' shares why she went celibate for a year
2 weeks ago
Netflix is about to launch the Avengers Assemble of reality dating shows
3 weeks ago
"Time to break this nonsense taboo" - Carol Vorderman says she has five male partners
4 weeks ago
People reveal their most bizarre reasons for breaking up with a partner
1 month ago
Straight woman and gay man make marriage work with weekly sex feedback sessions
Next Page