You can now use Revolut with Apple Pay

Welcome to the goddamn future.

Finance app Revolut today announced that their cards would now be compatible with Apple Pay on iOS devices.

In a statement issued today, the company said: "The wait is over, and we’re incredibly pumped to announced that you can now use your Revolut card with Apple Pay."

"Apple Pay is an easier, safer way to pay in stores, in apps and online, with the Apple devices you use every day.

"We’d really love to have done this sooner and we’re sorry it’s taken this long. Without a doubt, Apple Pay has been the most requested feature of this year."

In order to add your Revolut card to your phone's Apple Pay: open the Revolut app, head to the Cards tab and tap "Add to Apple Wallet." For Apple Watch, open the Apple Watch app on your iPhone and and select Wallet & Apple Pay, then tap Add Credit or Debit Card. 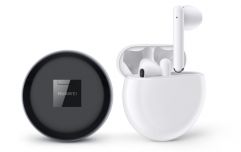 END_OF_DOCUMENT_TOKEN_TO_BE_REPLACED

Apple Pay is a contactless system whereby you can pay for things simply by holding your phone up to the payment system.

This will make life that bit handier, even if it does sound like a significant step towards the robots finally completing their takeover of human civilisation.


popular
The lineup for this week's Late Late Show has been revealed
QUIZ: Can you guess the pixellated movie posters?
QUIZ: Can you name all these European countries just from their vowels?
Met Éireann says there's a risk of snow for parts of Ireland this weekend
QUIZ: How many of these Recess characters can you name?
Man being treated for suspected case of coronavirus in Belfast
Everything Irish fans need to know ahead of the WWE Royal Rumble this Sunday
You may also like
1 month ago
Documentary on Billie Eilish is set to be released next year
2 months ago
Apple has banned all vaping apps from the App Store
2 months ago
WATCH: M. Night Shyamalan's creepy new show Servant has a jaw-dropping twist in the trailer
3 months ago
Eir launches brand new TV service which includes Apple TV 4K boxes
3 months ago
Here's the first spooky look at M. Night Shyamalan's new TV show
4 months ago
WATCH: Jason Momoa's new show looks like it could fill that Game Of Thrones void in our lives
Next Page